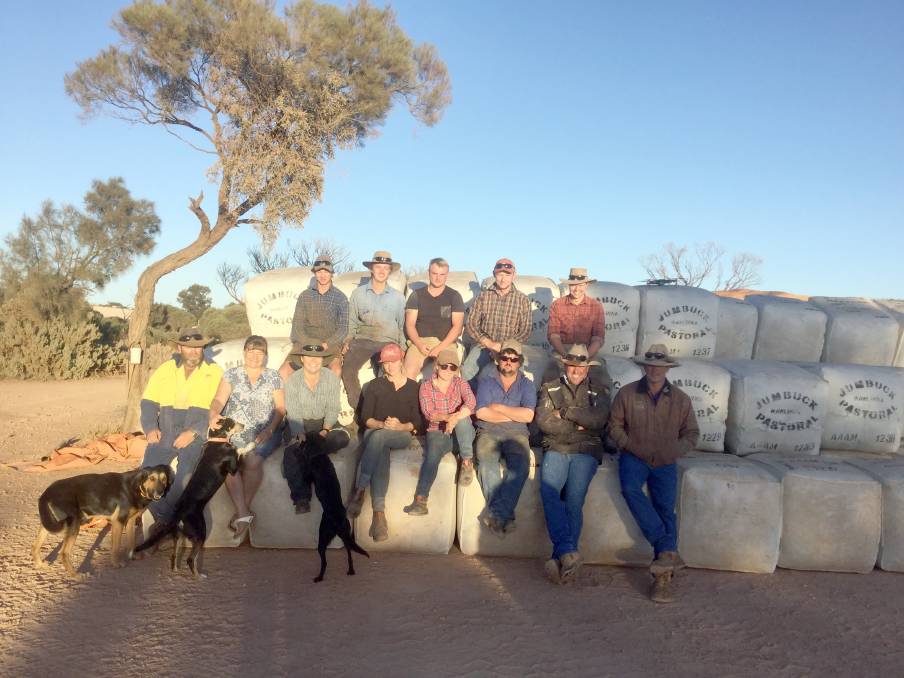 THE largest pastoral shearing operation in Australia, Rawlinna station, has pushed through about 64,000 head of Merinos in the past 10 weeks for a total wool clip of 1500 bales.

THE largest pastoral shearing operation in Australia, Rawlinna station, has pushed through about 64,000 head of Merinos in the past 10 weeks for a total wool clip of 1500 bales.

With wool prices fetching record highs, the 1500 bales of 22-23 micron adult wool clip and the 19-19.5 micron for younger sheep, which they usually grow, are expected to return about $3 million.

The more than one million hectare property, which includes a portion of the Nullarbor Plain, is part of the Jumbuck Pastoral company and is being temporarily managed by Ross Wood, who came out of retirement to oversee the station until another manager could be found.

He said the two-storey, 16-stand shearing shed had been running at almost full capacity this season with 28 staff on the shearing team – operating 14 to 15 of the stands each day.

Mr Wood said the contract shearers would average 200 sheep each and put through about 2500 head per day.

“There’s a lot of sheep coming in and out, and processed on any one day.”

He said about 7500 head went through the three-stage cycle each day – completed sheep were moved out and a group of new ones were brought into the yards to follow those that were already drafted.

Mr Wood said the team of 20 station staff faced a raft of issues when they conducted mustering and shearing.

“We do several musters a year, using aircraft and motor bikes,” he said.

“It can be up to 100 kilometres to get them to the shearing shed and there’s always a few stragglers.”

Mr Wood said he would wait until after the main body of sheep were processed before going back and rounding up the stragglers for their own health and consistent management.

“You have to get them all – if not you will have problems with lice and the quality of the wool,” he said.

“You have to physically get them into the shed.”

Mr Wood said once at the yards there were issues with ensuring the sheep were watered and drafted.

He said the 10-week shearing program was not without its hiccups as the station received 152 millimetres of rain in January and early February which was more rain than what they usually received in a year at 140mm.

“But it gave us some good feed though – it’s always good to have rain.

“We normally have winter showers as well, but you can never be sure what you are going to get.”

The station was developed from a survey peg in the ground in the 1960s by the previous managing director Hugh MacLachlan, from a South Australian pastoral family.

Development of the station was completed with a lane-way complex running from its extremities to the shearing shed centrally located at the Depot outstation.

Depot outstation overseers Glenn and Judy Rogers, who arrived at the station at the end of January, have the task of ensuring the health and well-being of the 20 full-time staff on site, and the contractors while they are on location.

Ms Rogers said her typical day started at 5am and usually ended about 10pm when all the work was completed.

“I’m the cook for all the station staff,” Ms Rogers said.

“We eat whatever I feel like (including bacon and eggs for breakfast, and hamburgers or cold meat with salads for lunch, and roast, lasagne and shanks for dinner).

“We don’t eat any different to anyone else.”

Ms Rogers said they ate a lot of mutton because that was readily available but she liked to “mix it up” to provide variety.

She said they were used to catering for large groups of people and enjoyed the challenge – having taken over running her family home at the age of 12 after her mother passed away and then going on to have six children of her own.

On top of the pressures of preparing meals all day, Ms Rogers also ensures that the staff have their laundry washed and folded.

She said before arriving on station they had been managing cropping and livestock farms in the Wheatbelt.

“We saw a position available – which was something we always wanted to do,” she said.

They arrived on-station two weeks before shearing started and “it’s been flat out into shearing.

“Our role is to ensure everybody is happy and are able to perform at their best.

“We also enjoy looking after stock and working to best practice standards.”

Ms Rogers said when they first arrived Glenn had to make sure the yards and shed were ready to go so everything ran smoothly.

“This morning Glenn had to fix a problem in the ablution block, pen lambs, collect firewood, fix a broken water pump, and on a typical day he would be drafting sheep in the afternoon as well.

“That’s besides keeping on top of everybody and ensuring they are doing a job that they are capable of doing – because we do have backpackers on-station.”

Ms Rogers said health and safety was a top priority on the station due to the size of the property and the nature of the work.

She said all staff had two-way tracking for communication with others, and as overseers they would keep tabs on all the staff to ensure that everyone was accounted for at the end of the day.

If someone was late to arrive back they would put out a search if needed.

“It is so easy to get lost on the station.

“Everything looks the same and there are no landmarks to get bearings off.

“With the tracking system it is easier for us to find them.”