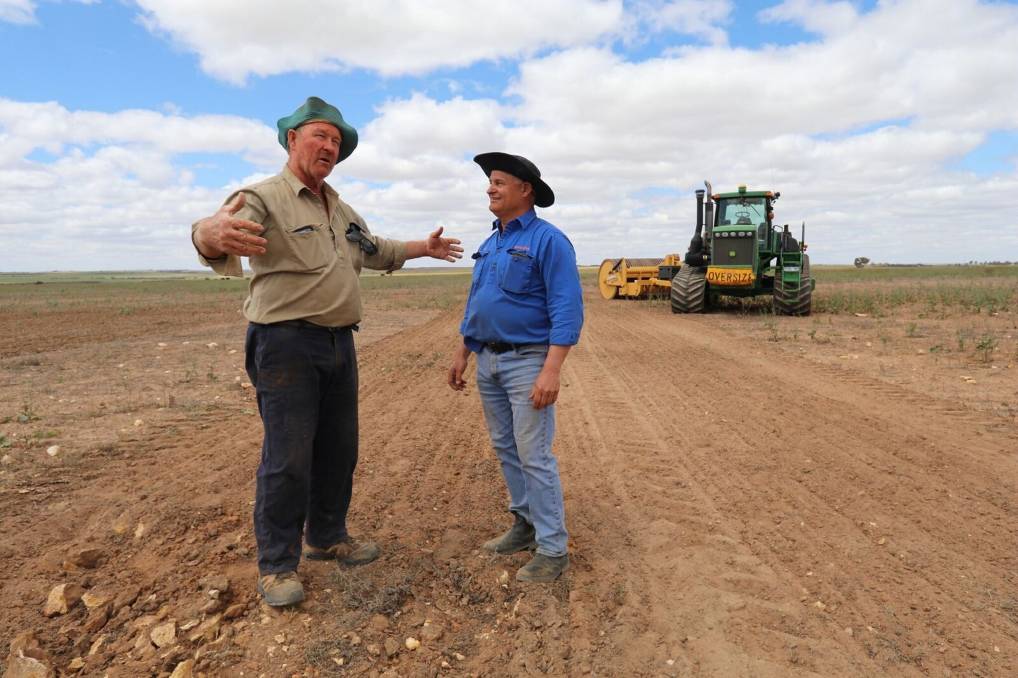 ROCKS Gone has achieved a major milestone with more than 100 Reefinator machines in operation in WA.

ROCKS Gone has achieved a major milestone with more than 100 Reefinator machines in operation in WA.

Since Yuna farmer Tim Pannell debuted the machine in 2014, the Reefinator has enjoyed an exponential rise in popularity, as farmers have seen previously unworked land brought into production.

It’s the reason Ballidu farmer Phil Mincherton, who has had his fair share of rock issues over his 47 seasons in the northern Wheatbelt, invested in a Reefinator to fix his laterite rock problem on his property.

After buying a neighbouring block, which was dubbed too problematic by others, Mr Mincherton took the fences out and started deep ripping.

“There was a fair bit of work to be done to it, the soil was very compacted and had very little organic matter,” Mr Mincherton said.

Since then he has also deep ripped a fair bit of his yellow soils on the Mincherton home block, 27 kilometres west of Ballidu.

He trialled deep ripping and rock crushing, using the Reefinator, in strips and on parts which had never grown a crop.

The result was favourable with the untreated run growing 1.2-1.4 tonnes a hectare, while the Reefinated plot yielded 2.3-4t/ha of wheat, a 1.1-2.6t/ha increase.

Mr Mincherton also grew crops on land that had never been able to establish growth before.

In a good year his barley yielded 2.5-3t/ha, but his rocky country was lucky if it reached 1t/ha.

After Reefinating, the laterite sections on his hills yielded 5t/ha while the rest of his barley in the valley yielded 2.7t/ha, due to frost.

According to Mr Pannell, a surprising amount of the Wheatbelt is covered in large rock deposits that could be potentially growing good crops, if farm machinery could get through it.

“A huge percentage of the State’s farming country is covered in rocky outcrops which are often uncroppable or very low yielding,” Mr Pannell said.

“The Reefinator can get through those rocks, and after a few passes crush them up, incorporate the topsoil and leave a level finish.”

The ripping tines can work down to 230 millimetres and the Reefinator acts like a cheese grater to rip and crush the rocks.

It works above and below the ground leaving a soil and gravel mixture perfect for establishing a crop.

Mr Mincherton hired a Reefinator to test it out, then bought it the next year.

“I’ve done about 140ha so far and my seeder doesn’t kick out anymore,” Mr Mincherton said.

“With the help from the Reefinator and a DBS seeder, I have consistent germination and much better yields.”