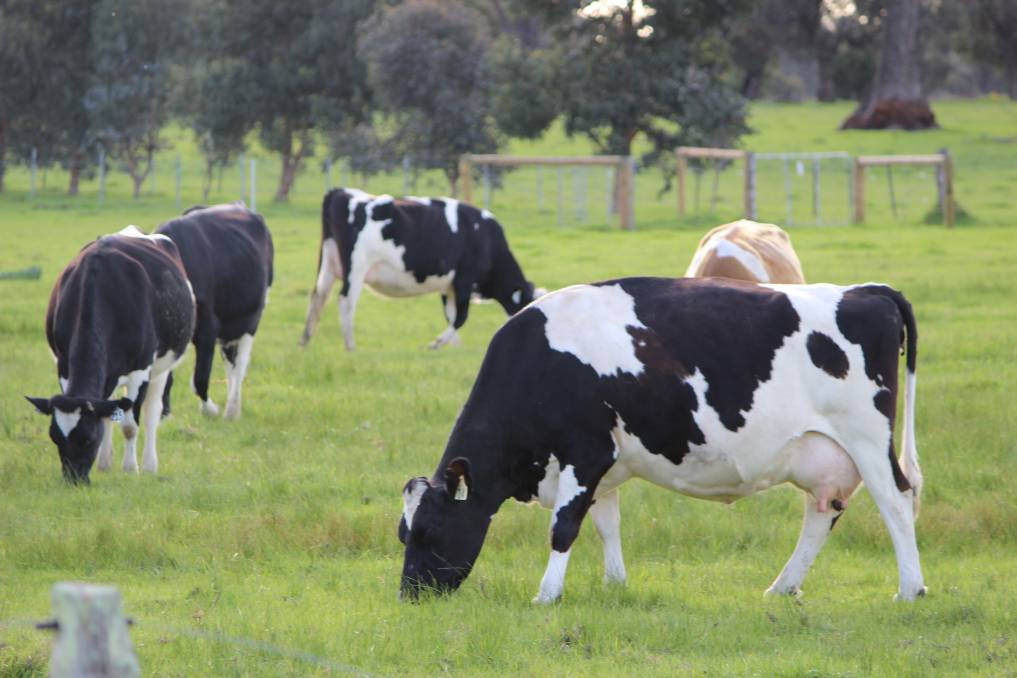 POSITIVE signs indicate slow improvement with continued volatility ahead for Australia's dairy sector according to the latest industry assessment.

POSITIVE signs indicate slow improvement with continued volatility ahead for Australia's dairy sector according to the latest industry assessment.

But national milk supply to processors was down 10 per cent a month for each of the first six months of 2016-17, while national milk production down 10.3pc year to date to October was consistent with a worldwide trend in major milk producing nations, the update stated.

A significant indication of the slow rate of improvement in the sector was the sharp decline in dairy exports, it stated, with the $443.5m value for the 2016 third quarter down 11.1pc on the same quarter 2015, and dairy export value down by 8.7pc year to date.

Falling cheese and milk powder exports  by 11.5pc and 9.1pc respectively year to date to October  were the main reason dairy export value was down.

Thanks to 32.2pc growth in the value of its Australian dairy imports, to just on $75m for the third quarter 2016 compared to 2015, China nudged out Japan as our most valued dairy export customer, and Indonesia slipped from third to fifth place behind Singapore and Malaysia.

Key to improvement into 2017 will be how the relationship between the new Trump administration in the United States of America and neighbour Mexico turns out, the update stated.

It pointed out US was the world's biggest dairy producer and Mexico the biggest importer of US dairy products.

"If the relationship degrades under the new US administration it may lead to extra US dairy products on the world market," it warned.

Deteriorating international relationships was blamed for the dairy crisis in the first place.

In Australia it was blamed on excess European Economic Union (EU) production being dumped on Asian markets at cheap prices in 2015-16 just as Australian dairy farmers were looking to target Asia with increased production.

Internationally, the excess EU dairy production and subsequent dumping was blamed on a souring of relations between the USA and EU members with Russia after annexation of Crimea from Ukraine in 2014.

In retaliation to sanctions imposed by the USA and EU, Russian president Vladimir Putin banned imports of EU dairy products for 12 months from August 2014 and extended the ban for another year in 2015.

The dairy update stated local signs of improvement included skim milk powder at the first auction in December achieving its highest average price, of $3457 a tonne, since April 2015.

This was well above the five-year average price of $3374/t.

Cheese prices were even better, with a price of $5048/t the highest average price since August 2014 and a whopping $1145/t higher than the five-year average.

At a forecast 1.59 million cows, Australia's 2017 dairy herd will be the smallest in at least six years and annual milk production per cow is expected to be down by more than 100 litres to about 5600L, almost 200L below the 2015 peak, according to the update.

But it indicated WA milk production in the year to date to October had been impacted less by the crisis than other states, except Queensland which actually increased production 2.8pc in those four months compared to 2015-16.

Milk production in WA to October was down 0.9pc while production in South Australia, Victoria and Tasmania plunged 14.2pc, 11.9pc and 11.3pc respectively.

As at December 20, according to the update, WA dairy farmers received an average of $7.02 per kilogram of milk solids, well above their five-year average of $6.69/kg ms.

Only Queensland dairy farmers did better than WA farmers, earning $8.11/kg ms and well up on their $7.57 five-year average.

"While skim milk powder prices have bounced back this quarter, the Australian dairy industry as a whole still faces significant challenges across the board," Mr Smith said.

"The only constant in the dairy industry in recent years has been volatility, and 2017 will be no different.

"However, we believe the ability of Australian dairy farmers to manage volatility will win through in the end.

"At Rural Bank and Rural Finance, we are continuing to work with our dairy customers to support them in managing through this difficult cycle," he said.