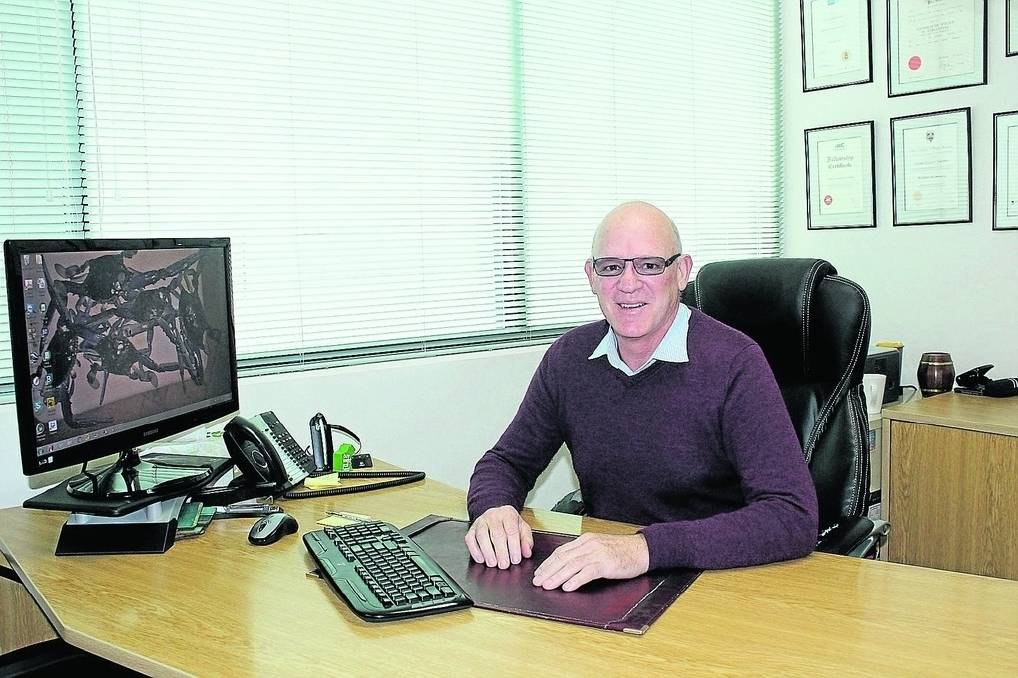 Grains Industry Group (GIG) chairman David Falconer has welcomed the news that the previous GrainsWest concept has been abandoned.

THE State Government's GrainsWest network proposal is dead in the water, with the government set to go back to the drawing board on developing a new strategy to keep grains research alive in WA.

THE State Government's GrainsWest network proposal is dead in the water, with the government set to go back to the drawing board on developing a new strategy to keep grains research alive in WA.

During the 2016-17 budget estimate hearing on June 15, DAFWA executive director Mark Sweetingham said the original GrainsWest proposal launch in 2014 was being "totally rebuilt and revised from the ground up".

It was a key part of the $20 million Boosting Grains Research and Development program launched at the 2014 GWN7 Dowerin Machinery Field Days by Premier Colin Barnett, Regional Development Minister Terry Redman and the then Agriculture and Food Minister Ken Baston.

It recommended a not-for-profit R&D network be developed to focus on research projects to increase productivity in the grains industry and boost the overall value of grain exports to more than $5 billion a year.

There were initial plans to have GrainsWest headquartered at Northam with more than 150 staff working in the project.

Almost two years on, Agriculture and Food Minister Dean Nalder said in its current form, the GrainsWest model needed to be set up differently

"I've met with the Grains Research and Development Corporation (GRDC) to ensure they understand that we are committed to this and we are both committed to finding the best solution for the WA grains industry."

Mr Nalder said any reform or strategy work that was being developed by DAFWA would be put to industry for consultation.

"There has to be interaction with industry because if there isn't how do we know if we are adding value?" he said.

GIG was formed in August 2015 as an independent body separate from the government and DAFWA.

Its members include representatives from WAFarmers, the Pastoralists and Graziers Association, WA Grains Group, the Grains Industry Association of WA and WA universities.

While GIG supported GrainsWest being developed as a not-for-profit entity, there was significant concern around the proposed structure and its research focus and the lack of industry involvement.

In response, the GIG released its own report in February, outlining 12 key recommendations to modify the the GrainsWest model.

Dubbed GrainsWest-PLUS, the GIG proposal brought together WA's major grain industry groups in support of a new model and proposed a demand-driven funding body, which would start small and grow as new research projects were approved.

Rather than funding to come from DAFWA over five years, the GIG model proposal also recommended funding come from two founding members, the State Government through DAFWA and the GRDC, to deliver a five-year rolling funding commitment.

"It is frustrating that the process is taking time, but we need to get the right model for the next 10 years rather than rush it and limit the opportunities," Mr Falconer said.

He said despite delays caused in the leadership changes in the upper echelons of DAFWA and a change in minister, he was encouraged by the progress in developing a new model.

"The new model will provide greater flexibility for employment and growth into the future," Mr Falconer said.

"Even though the three parties, DAFWA,GRDC and GIG, have been working together on the proposal for a relatively short time, the new DAFWA director general Mark Webb has been very positive in discussions and the new minister has introduced energy into the agriculture portfolio.

"The status quo of agriculture research and development in WA is not acceptable and if the new model is not agreed by all parties, another solution will develop but in the meantime we may lose both skills and capacity from agriculture in WA."

Mr Falconer said he hoped the new model, with a current working title of Crop Research Institute (WA), retained some of the 12 recommendations put forward by GIG in the Grainswest-PLUS proposal.

This included a long-term contractual commitment from the founding members and support from participating universities, comprehensive consultation with industry and GRDC during the establishment phase, an independent chairman with capacity to devote significant time during the start-up phase and for the administrative operation to be based in Perth.

GRDC acting manager director Dr Steve Thomas said the GRDC was committed to long-term investment and would continue to work closely with DAFWA and GIG to develop an entity to undertake R&D for the WA grains industry.

"GRDC and GIG's strong preference is for a not-for-profit company structure functioning by the end of the calendar year," he said.

"This is a significant milestone in achieving the best model of R&D for WA grain growers, but importantly, if the company is going to be sustainable in driving innovation it will require balanced, long-term investment from all parties."