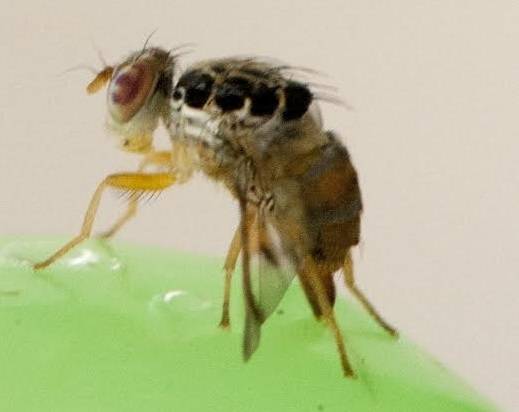 WA-bred sterile male Mediterranean fruit fly - known as medfly - are being used to combat an outbreak of the pest in Adelaide.

WA-bred sterile male Mediterranean fruit fly - known as medfly - are being used to combat an outbreak of the pest in Adelaide.

Two million medflies a week for four weeks are being transported from Perth to Adelaide for release in an area where wild medflies and their larvae in fruit have been detected.

The irradiated sterile flies are bred and reared by Department of Agriculture and Food WA (DAFWA) research staff at their South Perth headquarters.

South Australia is normally free of fruit fly, but DAFWA has supplied sterile medfly to eradicate eight outbreaks there since 2001.

In WA the pest is endemic and a range of control methods are required to contain it.

The Sterile Insect Technique is being used in Carnarvon in combination with other techniques as part of a trial to eradicate the pest from that region.

The Ord River Irrigation Area has been fruit fly free since 1995, with five outbreaks eradicated since then.