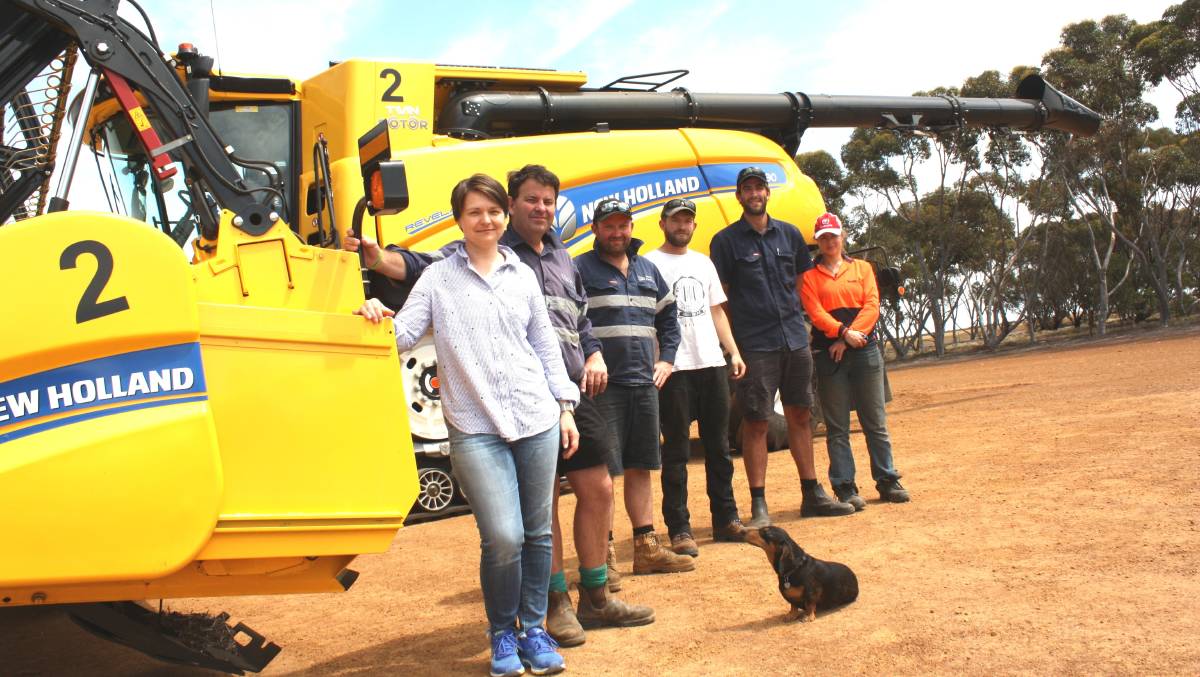 Young farmers are enthusiastically embracing this technology, but for the old timers, we can see where it is leading – to a diminishing rural population as the AVs take over.

THERE is a tinge of sadness as this writer confronts the changing face of agriculture.

The change, of course, concerns precision farming, which within the next decade, will be an industry characterised by autonomous vehicles (AVs).

Young farmers are enthusiastically embracing this technology, but for the old timers, we can see where it is leading – to a diminishing rural population as the AVs take over.

If sporting teams are struggling for numbers now, consider the future.

But the cold hard facts demand a response to technology to maintain a profitable farm.

“The next big thing in agriculture will be robots,” Mr Jeitz said.

“It’s getting harder and harder to get skilled labour and visa legislation seems to work against broadacre agriculture.

“You can train them up but they’re only allowed to come for two seasons and then you’re back to training somebody else.

“And if you have skilled overseas labour and the harvest is late, they have to go because of their time constraints.

“It hasn’t been thought through properly.”

So he and Ms Jeitz and his father Roger and mother Gail have started down the pathway to the inevitability of managing robots.

Purchases included three New Holland 9.90 Revelation headers on tracks each with a 12.2 metre front, a 8330 JCB Fastrac tractor and a JCB TM320 telehandler.

And all equipment is equipped with telematics, or real-time data transfer.

For now, the telematics will be used for machine diagnosis, with connections to designated mobile phones and the Staines dealership service department, providing real-time information on machine and operator performance.

“I will be able to see what is happening out in the paddocks so it will be easier for me to make any changes, if I think any are needed,” Mr Jeitz said.

“I will have immediate feedback on how the crop is going in terms of yield and quality.

“It will give us more immediate management control of the program because I can get the live status of machines and see the location of the machines, the machine settings and things like engine temperatures, engine revs and fuel use.”

This harvest, lead header driver Hayden Peirce is in charge of the header settings, relaying them to header drivers two and three via two-way radio.

But in the near future there will be no need for communication as the lead header (master) will automatically adjust the settings of following headers (slaves) via telematics.

While a lot of the benefits of telematics focus on real-time data transfer, wireless signal interruptions are more a nuisance than a problem, because no data is lost – it is stored in the Cloud and can be accessed later.

The other big advantage of machinery equipped with telematics is the ability to identify component problems or potential problems on-the-go, triggering repairs or preventative maintenance either by the dealership or the owner.

With a documented service record, it adds to the machine’s value when it comes time to trade.

And hopefully, it will lead to a more amicable relationship with manufacturers in dealing with warranty work.

Most farmers employ qualified mechanics so it would be more time-saving (and cheaper) to do warranty work on-farm rather than taking the machine into the local dealer.

This is probably the gaping hole in the advance of the robots with the need for human intervention.