While it may not have been a record-breaking season for the breeds, overall the British and Australasian breed sales were firm. 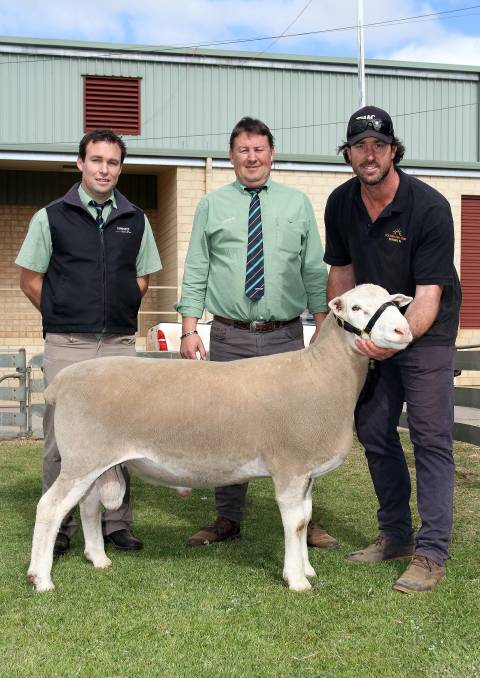 WITH wool prices at record highs no one would have been surprised if this year’s British and Australasian breed ram sales retreated but this certainly wasn’t the case.

While it may not have been a record-breaking season for the breeds, overall the British and Australasian breed sales for this year could certainly be described as firm.

When you look at the results across the season it was one of mixed results for not only the breeders but also the breeds, with some seeing rises on last year, while others saw figures dip.

For most of the past five years lamb prices have held up well and demand for WA lamb has been strong and this has continued to ensure plenty of positivity in the industry.

Leading into the selling season in July and August lamb producers saw lambs make more than $200 a head for the first time in WA saleyards and as result create a run of record prices for lambs in WA.

When sales started at the beginning of September (week ending Tuesday, September 4) MLA’s weekly indicator report had light lamb at sitting at 644c/kg compared to 549c/kg, while trade lamb was at 671c/kg and heavy lamb was making 690c/kg compared to 608c/kg and 611c/kg respectively in 2017.

So with these stronger prices compared to last year and a positive outlook for the industry in terms of both international and domestic lamb markets, prime lamb producers showed they were prepared to again invest in prime lamb sires which in turn resulted in a good selling year for stud breeders.

These numbers were once again dominated by the White Suffolk and Poll Dorset breeds which combined for 86 per cent of all rams offered.

The percentage of rams offered to sold was 86 per cent, the same as last year.

When ranked against the other seasons, this year’s gross turnover and average both rank as the third best on record.

The biggest year for the breeders in terms of turnover and average was 2016 when producers experienced favourable seasonal conditions and good prices. 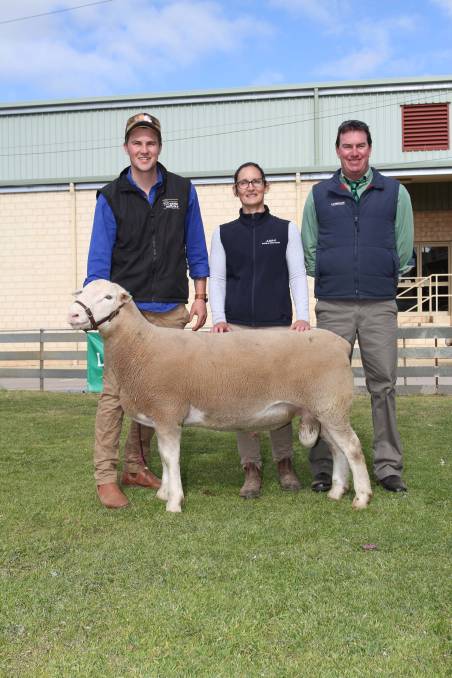 This year 26 sales (or 53pc) recorded an increase in average from 2017 ranging from $34 to $886, while four breeds equalled or improved their average on last year.

However, it is all about the dollars in the pocket, so an improvement in gross is probably more important than a lift in average and there were 23 sales to record an improved gross, while six breeds saw their gross figure rise.

In terms of the number of rams offered and sold, 24 sales had equal or bigger offerings than 2017 and at 25 sales there were the same number or more rams sold, while eight sales had a complete clearance.

When it comes to breeds, five breeds offered the same or more rams than last year, with the same figure also selling the same number or more rams while there was only one breed to achieve a total clearance.

For a second year in a row the White Suffolk breed claimed top price honours and three of the five top-priced rams for the year were White Suffolks.

The $20,000 top-priced British and Australasian breed ram for the season was sold by the Ditchburn family’s Golden Hill White Suffolk stud, Kukerin, at the WA Elite White Suffolk and Suffolk Sale at Wagin in August.

The ram was purchased by the Ledwith family’s Kolindale stud, Dudinin.

The ram, Golden Hill 170105, was a son of Bundara Downs 156938 and earlier this year it was sashed the champion interbreed ram at Wagin Woolorama.

The $12,000 second top-priced ram for the year was also a White Suffolk which was sold at the WA Elite White Suffolk and Suffolk sale.

This time it was the Yonga Downs stud, Gnowangerup, which was the seller with the Jusak stud, Newedgate, the successful purchaser.

The Squiers family’s Dongadilling Poll Dorset stud, Quairading, sold the $11,000 third top-priced ram for the season and the highest price ram outside the White Suffolk breed to the Konongwootong stud, Victoria, at the IGA Perth Royal Show All Breeds Stud Ram and Ewe Sale.

Dongadilling also sold another ram in the same sale for $9400 to the Orrvale stud, Kojonup.

The $10,200 fourth highest priced ram was sold by the Ashbourne White Suffolk stud, Katanning at the WA Elite White Suffolk and Suffolk sale to the Golden Hill stud, while the $9800 fifth top-priced ram was a Poll Dorset sire sold at the IGA Perth Royal Show sale by the Squiers family’s Shirlee Downs stud, Quairading, to the Ironstone Ridge stud, Boyup Brook.

During the season all up there were 15 rams, which sold for $5000 or more, nine of these were White Suffolks, four were Poll Dorsets and two were Suffolks.

The title for the highest grossing sale went to the Heggaton family’s BreedersBEST on-property sale at Kojonup.

The IGA Perth Royal Show sale was the next highest average at $4019 with 14 studs selling 27 rams from 45 offered. For a third consecutive year the White Suffolk breed took the mantle as the biggest selling breed ahead of the Poll Dorset breed.

This year White Suffolks featured in 30 out of the 49 sales (or 61pc) and made up 47pc of British and Australasian rams offered, 47pc of rams sold and 46pc of the season’s gross return.

In addition to the three top White Suffolk prices mentioned earlier, the Fairclough family’s Stockdale stud, York, topped the on-property sales when it sold a ram for $6500.

The highest grossing sale for the breed was the Golden Hill on-property sale, where all 140 rams sold for a gross of $196,100.

There were nine sales all up where more than 100 White Suffolks were offered, with seven of these sales clearing more than 100 rams under the hammer.

In terms of averages the WA Elite White Suffolk and Suffolk sale led the way for the breed with an average of $8733 for six rams sold from 18 offered.

There were also good clearance rates in the White Suffolk breed, with eight sales (where more than 10 rams offered) achieving a 100pc clearance.

The overall clearance rate for the breed was 86pc which was back 2pc on 2017.

The Poll Dorset breed again had to settle as being the second biggest.

But unlike the White Suffolk breed, which experienced a fall in its figures across the board, the Poll Dorset breed made some small gains back on its counterpart when all its statistics rose on the 2017 season.

The clearance rate of 88pc was up from last year’s 87pc with six sales posting total clearances.

Poll Dorsets accounted for 39pc of the terminal sires offered, 40pc of rams sold and 40pc of the gross, up from 37pc, 38pc and 36pc respectively last year.

The highest grossing sale for the Poll Dorset breed was once again the Shirlee Downs/Dongadilling on-property ram sale where 207 rams sold from 209 offered for a gross of $225,800. The IGA Perth Royal Show led the average stakes yet again with 18 rams selling from 27 offered at an average of $4244.

In total eight sales recorded averages of more than $1000, back from nine last year.

This year’s average is believed to be the highest recorded by the breed while the gross is the largest achieved for the breed since 2005 when it recorded a gross of $398,018 for 520 rams sold from 573 offered at an average of $766.

The top price for the breed was $5200 and it was achieved by the Kalinda stud, Boyanup, at the WA Elite White Suffolk and Suffolk Sale at Wagin.

Also in this sale the Jusak stud sold a ram for $5000, the second highest price in the breed for this year.

The biggest numbers of Suffolk rams were seen at the Cheeryna on-property sale at Williams where a total clearance of 84 rams and an average of $1013 was recorded.

Other bigger offerings were at the Kojonup Triple S sale where the Karinya stud, Boyup Brook, offered 45 rams and sold 42 for a $929 average, while at the Blackbutt sale 30 rams were offered with 16 selling for a $681 average and at the Wongan Hills sale Fenwick Farm offered and sold 25 at a $1248 average.

The WA Elite White Suffolk and Suffolk sale and the IGA Perth Royal Show claimed top average honours with figures of $4025 and $3467 respectively, but outside that it was Fenwick Farm at the Wongan Hills sale which was next best at $1248, followed by Cheeryna at $1013 and Karinya at the Triple S sale at $929.

The next biggest breed in terms of numbers offered was the Maternal Composites offered at the Mount Ronan on-property sale at York.

The Prolific breed was the fourth biggest when it came to the number of ram offered and these were all offered at the BreedersBEST on-property sale.

In addition to this the breed also achieved the highest breed average of the British and Australasian breeds and recorded the largest improvement in average compared to 2017.

The Texel breed rounded out the four breeds to average more than $1000 this season.