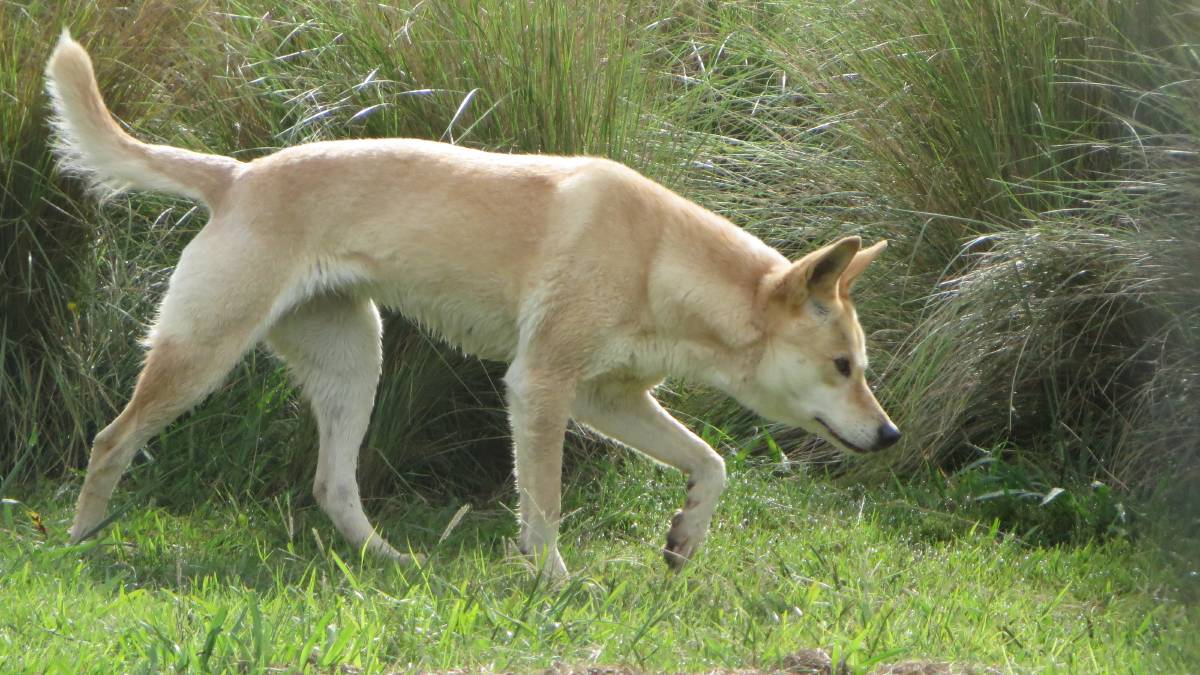 A purebred dingo found at Colong Colony Dingoes, in New South Wales. The dingoes are in lots of small family groups, not in one large pack, as they are easier to manage and it is better for the animals' welfare. Photo from Colong Station Dingo Colony, Blue Mountains, by photographer Olivia McDowell.

A recent compromise to changes to the definition of the dingo in the Act came out of concerns that it would have been reclassified as "non-native fauna".

WHILE the dingo has retained its native species status under the State's Biodiversity Conservation (BC) Act 2016 farmers can still control numbers on agricultural land, according to the office of Environment Minister Stephen Dawson.

A recent compromise to changes to the definition of the dingo in the Act came out of concerns that it would have been reclassified as "non-native fauna".

Humane Society International (HSI) welcomed Mr Dawson's decision "to abandon planned changes" after the State government declared that from January 2019 "the dingo, Australia's native canine, would no longer be classified as native".

"The dingo is one of Australia's most iconic native animals, living and playing crucial ecosystem roles across Australia for several thousand years."

Mr Quartermain said the change would have been "more than a simple reclassification and would have made it easier to persecute and kill dingoes in the wild".

"Whilst the minister's move to retain the dingos' native status is certainly a step in the right direction, our only native canine continues to be persecuted throughout Australia," Mr Quartermain said.

"We will continue to work with the WA government and others around the country, to ensure that the dingo is adequately recognised and protected."

Mr Dawson's office said that "because of the time it has been in Australia, the dingo is considered a native species", although dingos would remain unprotected as they have been since 1984.

"The status of the dingo at present is that it is not protected fauna in WA," Mr Dawson said in a letter to HSI.

"The BC Act does not use the concept of protected fauna as is used in the WC Act.

"Rather it uses the term fauna to refer to those species that are subject to the protection provisions of the Act.

"The Department of Biodiversity, Conservation and Attractions (DBCA) acknowledges that the taxonomy of the dingo remains unresolved, but that they interbreed readily with other wild and domestic dogs and are not able to be visually distinguished from these dogs.

"WA's policy for wild dog management is to control wild dogs, including dingos, in and near livestock grazing areas and through this policy, dingoes may be taken anywhere in the State without a WC Act licence.

"Achieving a balance between conserving dingoes as part of natural ecosystems, recognising their ecological and cultural significance and supporting agricultural activities remains a challenge.

"Importantly, DBCA will continue to manage occurrences of the dingo for their cultural and ecological significance on lands that it manages, including national parks and nature reserves."

Mr Dawson said the government would "progress an order to enable wild dogs, including dingoes to be controlled, however this will be done on the basis of dingoes retaining their status as fauna".

He also asked DBCA to investigate management options for dingoes and to report back on its solutions.

Pastoralists and Graziers Association of WA livestock committee chairman Chris Patmore said while dingoes were native to Australia they were still a declared pest and there was nothing to be gained by separating it out from other species.

He said as time has gone on they have interbred with other breeds of wild dogs becoming more and more crossbred.

"There would be very few pure bred dingoes left," said Mr Patmore, who is also involved in his local registered biosecurity group (RBG).

He said if people wanted to protect the dingo they would have to ensure they were adequately fenced off to prevent incursions on to agricultural land where they are a threat to livestock.

"We are seeing more and more crossbreds and less purebred dingoes," he said.

"That's because they are breeding themselves out.

"Crossbreds have 3-6 pups from two litters a year, whereas dingoes have only 1-2 pups from one litter.

Mr Patmore said RBGs were working closely with DBCA and have a memorandum of understanding to be able to access State land to manage wild dogs under strict conditions.