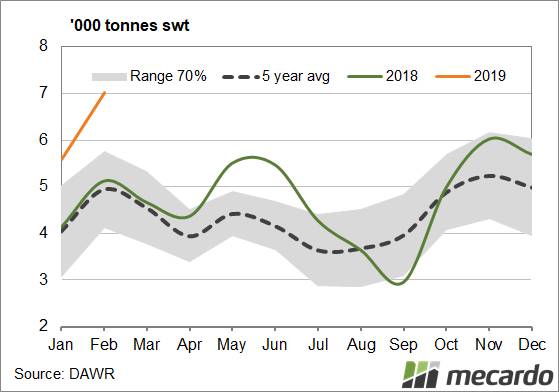 He claims credit for most good news, so we're surprised Trump hasn't been seeking recognition from Aussie lamb producers for his role in improving trade flows from Australia to the USA since the start of 2019.

The fact that the economic situation in America has improved has implications for their consumption of lamb, as it is generally considered a luxury spend when on the menu in the US. Analysis undertaken by Datassential in 2017 demonstrated that lamb featured on the menu of fine dining restaurants 61 per cent of the time, compared to just 8 per cent for cheaper quick service restaurants.

Lamb export volumes from Australia to all destinations have started 2019 strongly. They have been 20 per cent above the five-year trend. However, filtering the data to focus just on the consignment of Australian lamb to the US shows a much stronger start to the season.

February 2019 saw the highest trade volumes of lamb exports on record to the US at 7023 tonnes swt. Since the start of the season, average monthly flows have been sitting 40 per cent above the five-year seasonal trend (Figure 1). 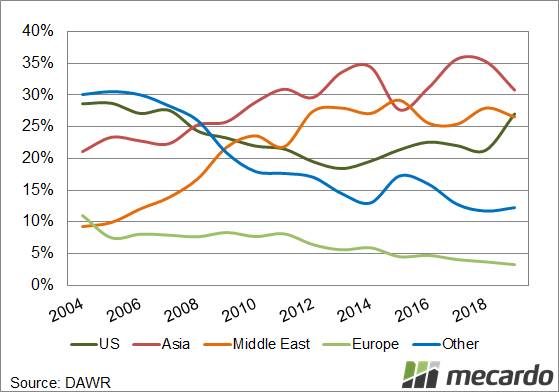 FIGURE 2: Australian lamb exports-market share. The last time the US held second spot of Australia's lamb market share, ahead of the Middle East was in 2009.

What does it mean?

The increased demand for Australian lamb to the US during 2019, has resulted in America leapfrogging the Middle East to take out second highest destination in terms of market share for lamb exports at 27.1 per cent.

Exports of Australian lamb to the Middle East usually peak during May and June, while flows to the US often hit their seasonal lows in July and August, so there is still time for the Middle East to regain its position in second place as the season progresses.