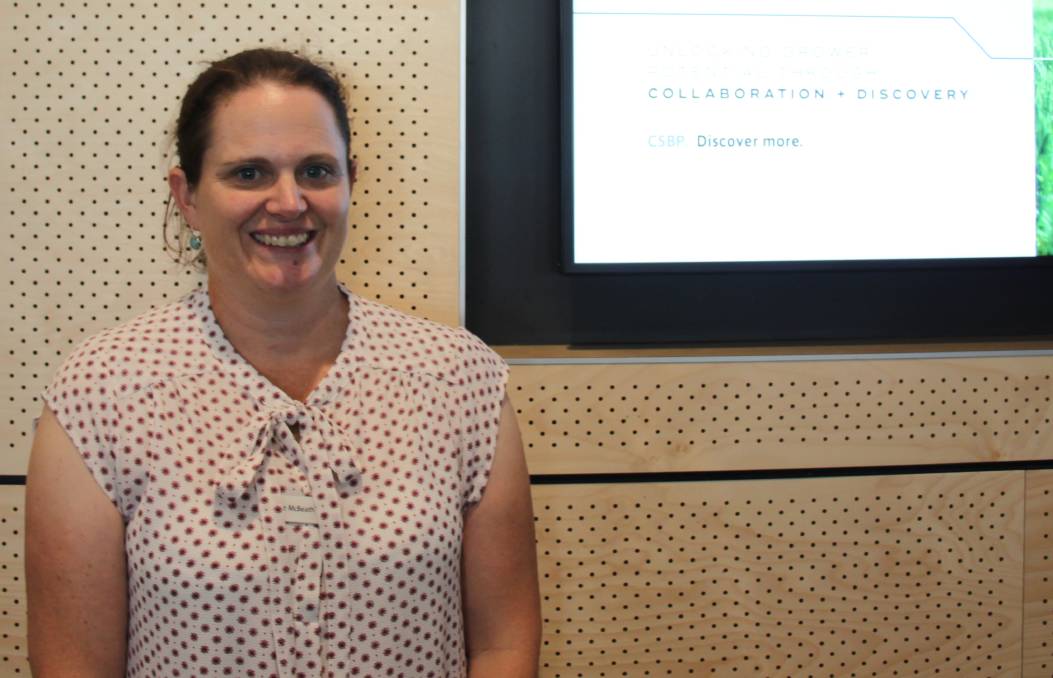 She said organic matter had a range of important functions in soils and those functions would depend on the clay content.

Dr McBeath said in a sandy soil, soil organic matter was particularly important for the supply of nutrients due to the low clay content.

But also it has a fundamental role in biology and the turn over of nutrients which in turn influences the supply of nitrogen.

"Most farmers in WA are growing dryland wheat systems which on a scale of biomass inputs are relatively low in terms of the amount of carbon into the system," Dr McBeath said.

"There are farming practices which increase carbon soil and soil organic matter and we annotated that there are practices that have a negative, positive or neutral effect on carbon levels."

"Essentially what happens is soil carbon will build up in the pasture phase and allow for some draw down in the cropping phase," Dr McBeath said.

"A productive rotation system can control how much biomass is going into the system."

Dr McBeath said in theory a stubble retained system should feed carbon back into the system because of the retained residue in the paddock.

However she said the ultimate effect on building soil carbon would depend on a number of factors, including the way that the residue is managed.

"There are a lot of key issues that come out of trying to retain stubble, which isn't always a positive way to build soil organic matter," she said.

Dr McBeath said cultivating green and brown manures back into the soil was a more extreme way to retain residue.

She said it was a positive way of feeding back into the system with more opportunity for soils with a thin carbon to nitrogen ration.

"Carbon can be stabilised if you add additional nutrients to your residues in order to accelerate conversion to carbon," Dr McBeath said.

Dr McBeath said manures and crop residues were a positive way to increase the soil carbon, although freight prices and distance limited the affordability of this method.

"If you had a source close to your farming system then this will increase the carbon and feed in significant amount of nutrients into the system," she said.

According to Dr McBeath, fallowing lowered the carbon in the soil.

The fallowing system turns over and accelerates the burn off of microbes without feeding new carbon in at the same time.

She said fallowing also had a higher erosion possibility.

"While we make strong efforts to retain stubble, unfortunately erosion loses between two and 50 per cent of carbon."

Dr McBeath said there were many challenges when it came to building up soil carbon.

"Carbon alone is not enough which is why our systems wont build up carbon," she said.

"We aren't just building carbon, it's soil organic matter which includes carbon, nitrogen, phosphorus and sulphur in about constant ratios."

Dr McBeath said when adding nutrients to increase soil carbon, using wheat straw on its own won't increase the carbon.

"There is a relationship between organic matter and nitrogen supply," she said.

"They are intimately linked and remedies to increase organic matter require carbon and nutrients."

Dr McBeath said fertiliser and legumes played a key role in managing carbon and nitrogen for the short and long-term.

Ms McBeath said the organic nitrogen in continuous cropping was declining at a rate of about 2 to 3pc per year.

The reason for that is a negative nitrogen balance in most cropping environments.

She said one of the outcomes of continuously mining organic nitrogen with a continuous cropping system is that fertiliser costs will increase.

Dr McBeath said farmers were essentially increase their demand for nitrogen through fertiliser, but managing nitrogen supply through legumes, pastures and crop rotations would help to increase the organic nitrogen in the soil.

She said through their trials, cropping with legumes was a stand out for managing nitrogen levels.