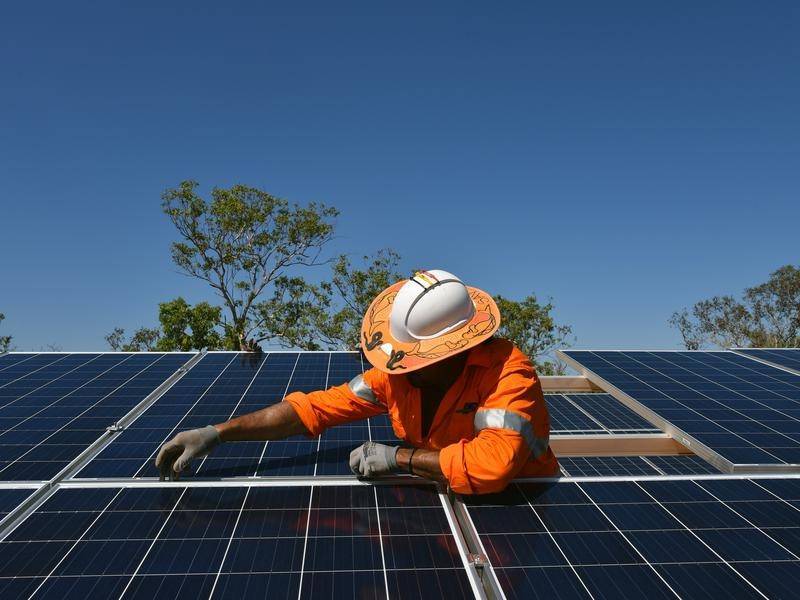 Knock-on effect: The increase in solar panel installations has also had a positive impact on the economy, with employment in solar energy projects boosting the renewables sector. Photo: File Image.

West Australian homeowners are shining a light on the importance of renewable energy, with many suburbs throughout the regions leading the charge in solar pan...

West Australian homeowners are shining a light on the importance of renewable energy, with many suburbs throughout the regions leading the charge in solar panel installations.

Since 2001, almost 300,000 rooftop solar units have been installed in WA, accounting for more than a quarter of households throughout the state.

Rooftop solar systems act like a mini power station atop homes, helping to reduce both the strain on the electricity network as well as power bills for consumers.

A state government spokesman said the Peel region was lighting the way when it came to solar energy, with the South-West following closely behind.

"Solar energy continues to be one of the most immediate opportunities for customers to take better control of their energy use and to reduce their costs by avoiding buying electricity from the retailer.

According to recent data from Australian government agency, the Clean Energy Regulator, many local government areas in the regions exceeded the state average for number of small-scale solar unit installations:

Curtin University Sustainable Policy Institute doctoral researcher James Eggleston said it was "interesting" to observe the locations of the most solar power installations.

"Often it is new suburbs and whoever builds the most houses that year, that's who gets the mantle. Baldivis have the second highest penetration in the country behind a suburb in Queensland but they are neck and neck.

"Considering you have a conservative voting population and a population that has a lot of employment in mining and oil and gas, it is quite interesting that it is not exactly a suburb full of bone-through-the-nose greenies putting solar in."

A Climate Council spokeswoman said rooftop solar installations were responsible for most of the power generated in WA.

"WA's share of renewable energy is low overall, generating just 7.5 per cent of its electricity from renewable energy however, the state has the third highest proportion of households with rooftop solar," she said.

"This means that, collectively, rooftop solar generates more power than any other power station in WA."

However, she said that when it came to large scale solar projects in WA, there was still plenty of room for improvement.

"In terms of utility-scale solar, WA has only three renewable energy projects under construction, totalling 70 megawatts - the lowest amount of new capacity under construction of any state or territory," she said.

"Western Australia remains the only state or territory in Australia without a target to increase renewable energy or achieve net zero emissions by 2050.

"However, WA's Labor government has bowed to increasing pressure to develop a new and improved climate change policy for the state and there has also been recent news that the Labor government is starting to draw up plans that facilitate a shift of the grid from coal to renewables."

Mr Eggleston agreed, adding that more home owners were choosing to install solar panels "because it just stacks up" and that utility-scale projects should follow suit.

"To power a city 50 years ago, you had no choice - you had to build a big generator and connect the city up to it so for us that is Muja power station in Collie," he said.

"But now with the fall in price of renewable technology, the technological improvement and economies of scale in battery, it means that we don't have to take that approach now.

"Every megawatt or kilowatt hour those renewable assets generate, you're avoiding generating from either a gas turbine or coal generation plant.

"Battery and solar are saving the day, the future is renewable."

The Climate Council spokeswoman said solar power had a number of benefits for the environment.

"Firstly, it does not produce greenhouse gas emissions, and so it does not contribute to climate change," she said.

"Climate change is having very detrimental impacts on Australians and could have much more serious impacts in the future if we do not cut our greenhouse gas emissions.

"Thirdly, it is cheaper to produce electricity with solar than with coal. That is, solarhas a levelized cost of energy that is cheaper than coal and will increasingly be cheaper as the prices of solar panels continues to fall."

The increase in installations has also had a positive effect on the economy with employment in solar energy projects boosting the renewables sector.

According to data from the Australian Bureau of Statistics, the number of full-time jobs in the overall renewable energy sector grew by 28 per cent to 17,740 jobs in 2017/18.

Rooftop solar created the most employment, accounting for 46 per cent of all jobs.

The story Shining a light: Northam region charging ahead in solar panel installations first appeared on The Avon Valley Advocate.