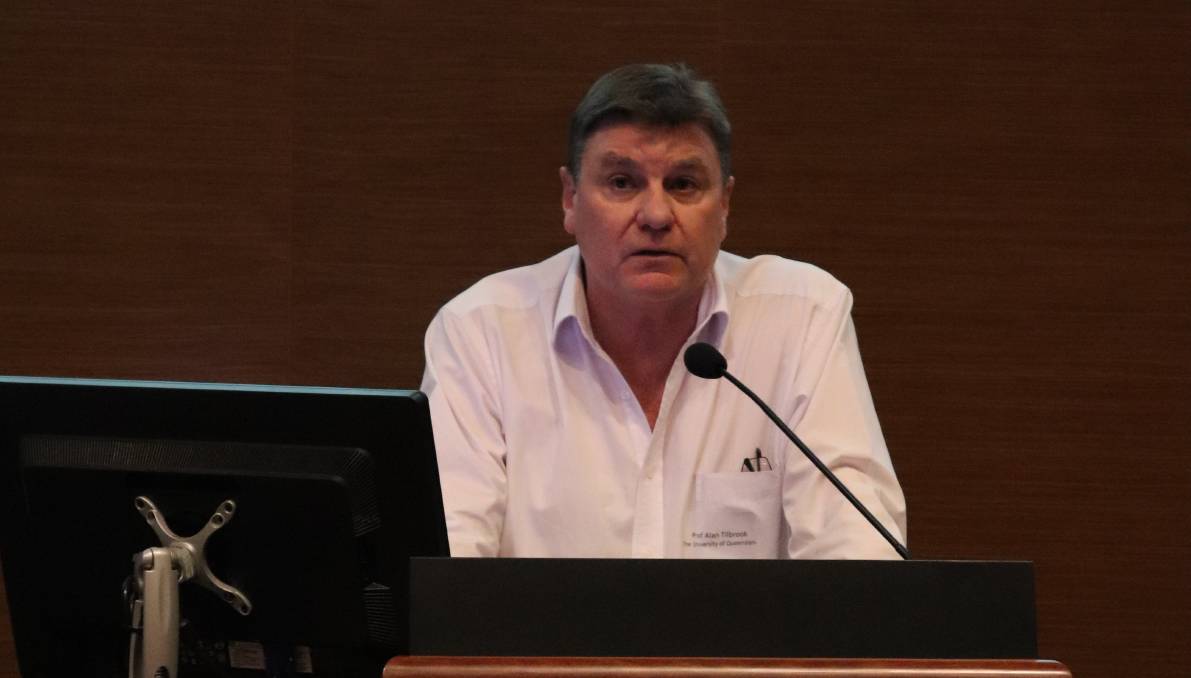 Alan Tilbrook, the University of Queensland.

Getting organisations with differing views on animal welfare, that sit across the whole spectrum, to agree on issues related to animal welfare almost seems impossible in today's industry environment.

GETTING organisations with differing views on animal welfare, that sit across the whole spectrum, to agree on issues related to animal welfare almost seems impossible in today's industry environment.

The Animal Welfare Collaborative (AWC) has taken that challenge head on.

It's simple but nonetheless, very complex.

One of the brains behind the AWC is Alan Tilbrook, from UQ, who spoke recently at UWA's Industry Forum about how the AWC has managed to achieve such a mighty task. "The goal is simple but the journey certainly isn't," professor Tilbrook said.

"It is challenging and pretty risky but so far it is going reasonably well, we believe."

The AWC operates as a knowledge broker, working with the community to promote engagement and provide evidence-based knowledge so the community can make decisions on animal welfare.

Professor Tilbrook said the AWC was not there to argue for or against on animal welfare issues, but to bring together organisations who were impacted by or who have influence on the welfare of animals.

"We are not in the process of dictating those decisions, nor in the development of policy, but in facilitating what happens," he said.

"It just so happens that the majority of the community does tend to care about the welfare of animals - though they might care differently and think differently about how we use or shouldn't use animals."

The AWC is made up of three departments - governments, the industry and the community (those outside the agriculture industry).

In the middle of these departments is the AWC, acting as an honest broker to facilitate actions between all the different areas that make up the broader community, including governments and industry.

"We now have a situation where there are many people in the community who have an increased interest in the welfare of animals that they may not have had before, at least the generations before them didn't," professor Tilbrook said.

"It's not just about the consumers anymore - the people who don't want to buy the products that the animals produce are influencing the industries that work with the animals."

Professor Tilbrook said by having an objective view on animal welfare and a simple goal on improving their welfare, the AWC had 60 organisations, with a full spectrum of views, represented at its inaugural Animal Welfare Summit in April.

At the summit, the groups worked together to develop a strategy for the AWC with its one objective in mind.

The AWC now has a working group of 70 individuals representing organisations who are working on a virtual platform to develop the AWC to the point where it can effectively deliver its core roles: translation, adoption, proof of welfare assessment, maintaining communication and collaboration and building trust.

Translation involves communicating scientific evidence so it can be adopted for best management practices, which are focussed on improving animal welfare.

Professor Tilbrook said if the aim was to improve animal welfare, it needed to be accessible, "not just from a scientific perspective, we also need to be in a position where we can alter the perceptions of the way people think about animals".

"We need to make sure people are thinking about animals in the way that they should be, by using the knowledge and evidence that is available," he said.

But professor Tilbrook said all of this couldn't happen without collaboration.

"To achieve translation, adoption and welfare assessment, we have to have the collaboration of as much as the (whole) community at large as we possibly can, while accepting that we can't have it but we can have most of it," he said.

Professor Tilbrook said the AWC spent a long time talking with individuals and organisations one-on-one, asking them if they want to be involved in the conversation about improving animal welfare.

And only one organisation has said no in the process.

Even after the summit, not one organisation declined to be directly involved or kept informed, achieving 100 per cent endorsement.

It's still early days as the AWC is about a year and a half old, but what it has achieved so far is no mean feat.

It suggests a way forward where the industry and community can all have a say in improving animal welfare through informed decisions based on a common goal.