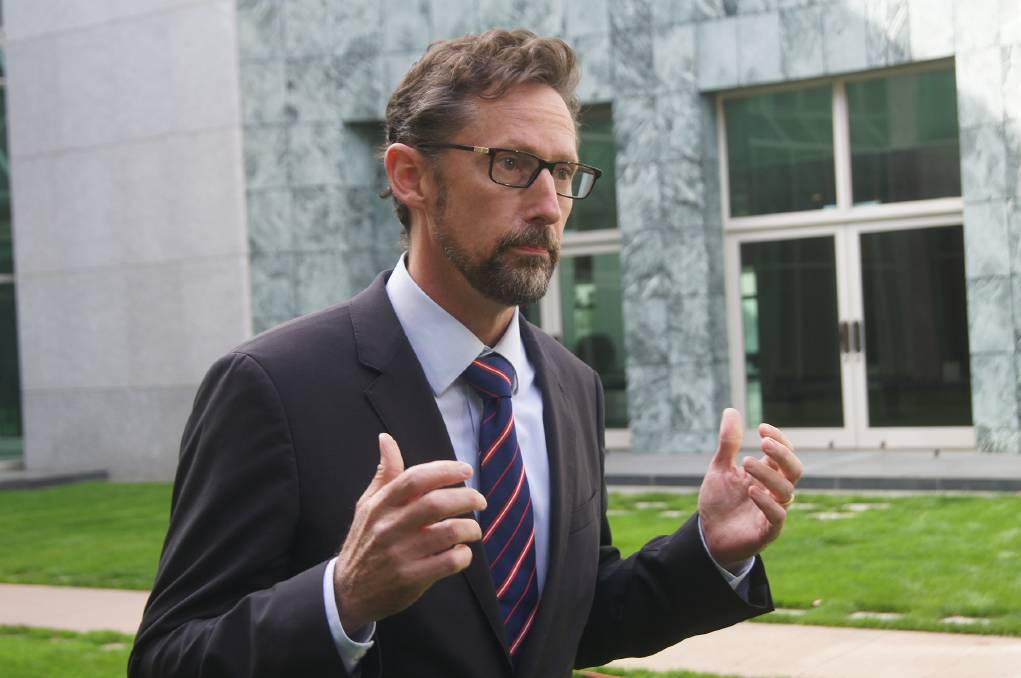 Pressure is building on the government to respond to the consumer watchdog's call for mandatory quad bike roll-over protection as rural advocates grow increasingly frustrated at their political representatives' lack of action.

Labor has thrown its weight behind the push from the Country Women's Association, National Farmers Federation, Farm Safe, the Royal College of Surgeons, Rural Doctors Association and AgHealth Australia.

CWA of Australia president Tanya Cameron came to Canberra last week in a delegation of rural and medical advocates to urge MPs to support increased safety measures on the popular farm vehicles.

"Were disappointed in some of the responses," said Mrs Cameron.

"Some were supportive, others were a bit indifferent and some were disappointingly misinformed. The Nationals party was mixed bag. Some were on board and others were reticent to support us.

"There was clearly some misinformation and we saw some people hadn't been informed by the ACCC but by the manufacturers."

Labor called on the government to mandate roll-over protection immediately.

"Mr Sukkar should talk to families that have been affected directly by these tragedies. I'm sure he would act the very next day," Mr Jones said.

"Enough lives have been lost already. It is time that the Government put basic safety standards in place to protect Australian quad bike riders."

Mr Jones said industry has resisted new safety measures under similar circumstances in the past.

"Wind back the clock to the 1970s and people said the same thing about seat belts in cars but we know they have had a dramatic effect on road fatalities and accidents.

"This argument gets rolled out every time when there is an attempt to put in place modest measures to address what are known risks to human life."

The Australian Consumer and Competition Commission investigated the safety of quad bikes.

The government responded to the ACCC's final report in February with an unexpected request, commission the ACCC to conduct a third round of community consultation.

Mr Sukkar has said government will respond to the third round of consultation when it is finalised in coming months.

In July the US referred Australia's mooted ban to the World Trade Organisation as a potential trade barrier.

Earlier this month, at a quad bike safety campaign in Tamworth, Assistant Trade Minister Mark Coulton hinted that legal concerns may have motivated the WTO action.

"The United States has had a number of quad bike deaths and there's a feeling that an admittance by the manufacturers that a roll-over bar needs to be fitted might be about the legal aspects of the situation," Mr Coulton said.

There has been speculation that quad bike companies oppose mandatory roll-over protection due to the risk it could open the door to costly liability claims for roll-over fatalities.

Prominent manufacturers Honda and Yamaha have dismissed the need for roll-over protection.

They argue safety data shows roll-over protection can actually cause safety risks and that behavioural changes such as helmet use, as well as preventing children and passengers from using quad bikes, would be more effective.

Since 2001, 230 people have been killed on quad bikes. About 60 per cent of all quad bike accidents are caused by roll-over.

There have been seven deaths on quads or all terrain vehicles this year. The ACCC said each year the vehicles are involved, on average, in 16 deaths. Each day they are involved in 16 visits to emergency wards and two hospitalisations.