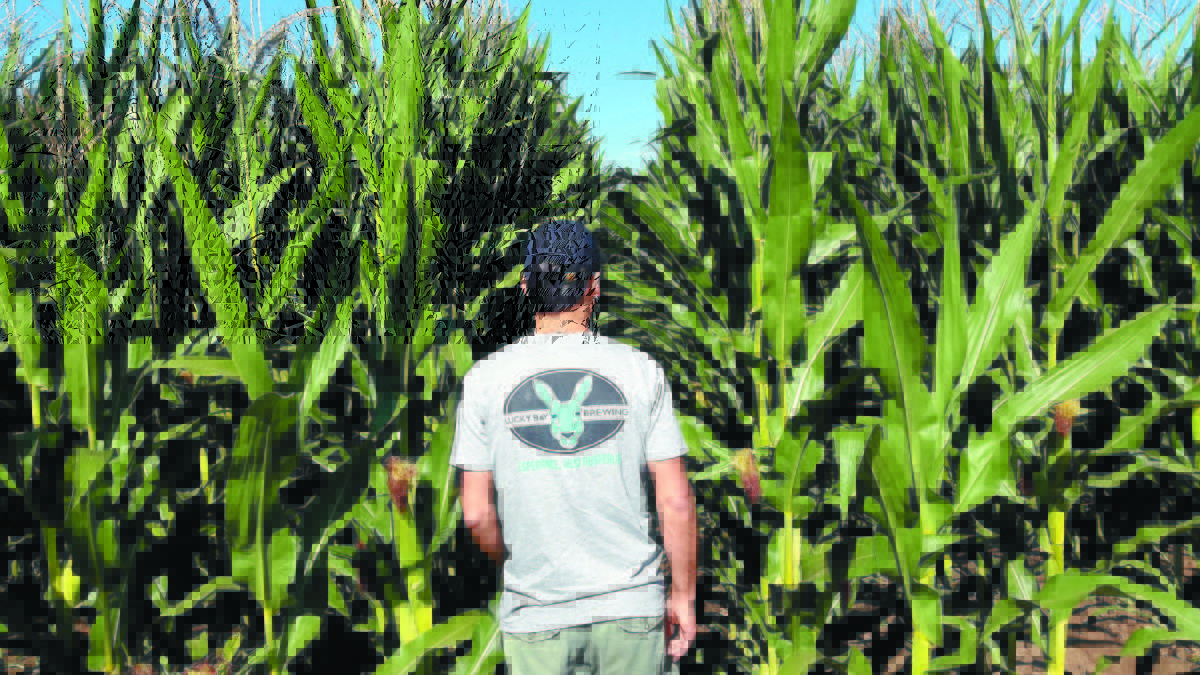 COLLABORATIONS seem to be all the rage these days.

Internationally renowned singers are teaming up to create spine-tingling duets, while you'd be hard-pressed to visit a shopping centre and not encounter a label that isn't working with a big-name celebrity to either design or lend their name to a clothing line.

Hoochery Distillery in Kununurra, together with Lucky Bay Brewery in Esperance, has come up with a refreshing mid-strength brew featuring an unusual ingredient - corn.

Beach to Boab is the State's first locally-made corn beer, and is the brainchild of Kalyn Fletcher from Hoochery Distillery.

But in 1995, in an effort to diversify the family business, he built the small pot distillery on the property 13 kilometres from the townsite and began making an alcohol suited to the tropical climate - rum.

Ms Fletcher worked alongside her father in the distillery and seed business for more than a decade before he passed away in 2017 and has clearly inherited his innovative spirit.

The distillery was selling more and more beer with their counter lunches, which are run during the dry season from May to September, but none with a link to the local region. 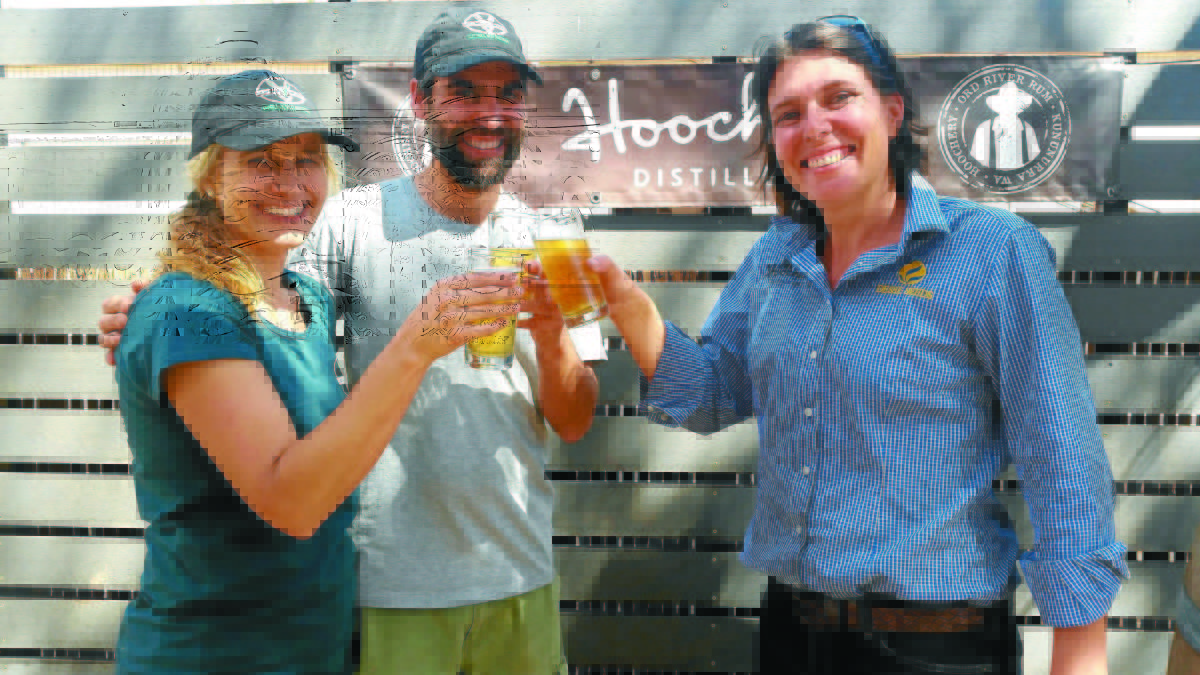 "It drove me mad that there was no story to the beer we were selling, and I thought how good would it be if we were able to make our own to sell," Ms Fletcher said.

The only problem was the business, which grows seed to supply to farmers in the Ord River Catchment, doesn't grow the traditional beer brewing grains of wheat or barley.

But it did grow a lot of corn.

So Ms Fletcher called her friend Nigel Metz, the co-owner of Lucky Bay Brewing located at the opposite end of WA, just east of Esperance and close to the pristine southern coastline.

Mr Metz runs the microbrewery with Robyn Cail, which has a reputation for creating uniquely local, award-winning craft beers.

One of the business's defining features is its ability to create the craft beer using high percentages of grain sourced directly from Esperance growers, including utilising barley in its raw, unmalted form.

"I rang Nigel to see whether he thought it would be possible to come up with a beer using the corn," Ms Fletcher said.

"I really wanted a mid-strength beer because I felt like there was already a lot of craft full-strength beer on the market, along with the fact that we live in a warm climate here and want to provide responsible service if people are drinking with their lunch."

Mr Metz was happy to accept the challenge, and on receiving some corn seed from Ms Fletcher, set about making samples and experimenting with a corn component in a barley beer.

He said it presented some challenges and took about three months to develop the first batch.

"Using corn was a little more difficult, because compared to barley, it doesn't have a husk," Mr Metz said. 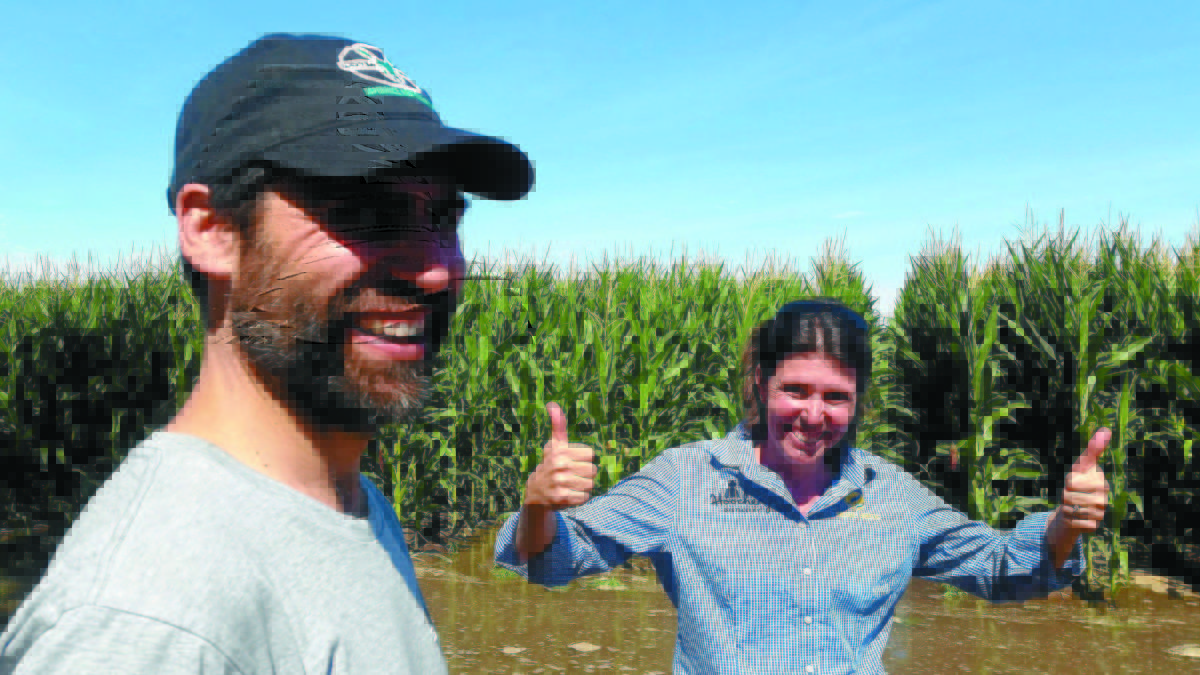 "The starch is also more difficult to break down to create the sugars that then feed the yeast.

"We just had to get our head around how to break it down and incorporate it into the beer."

Mr Metz also had to work out how to process the corn using his existing brewing plant.

"If we had the money we may have even considered investing in a cereal cooker like those that are used for rice in Asia, but we're not one of those big factories," he said.

"We had to get our head around how to break it down and incorporate it into the beer.

"Various grains and combinations have been used in fermented beverages for hundreds and even thousands of years, and it was just a matter of finding the right expertise and working out how to utilise evidence, whether it was science or anecdotally based."

Mr Metz said while uncommon in Australia, corn had a long-established reputation for inclusion in small percentages in beer in the United States and South America.

He was conscious of delivering the right ratio of corn to barley, as too much corn may have narrowed the appeal of the beer due to a unique flavour profile.

The resulting brew, Beach to Boab, contained about 20 per cent corn, which when combined with about 60pc of raw barley sourced from the Egan family, local grain growers at Scaddan, proved to be the right mix of the Kununurra and Esperance commodities.

The feedback was overwhelming when sampled on tap at both the Hoochery Distillery and Lucky Bay Brewing, and the first batch quickly sold out.

"There is a good balance, where you can still taste a hint of the corn, but it is a crisp lager, a pale ale although not the same as what people may be used to- there is a distinct flavour from the corn," Mr Metz said.

Ms Fletcher is thrilled with the extra dimension the beer has added to the distillery, which can have anywhere between one and 600 people through the cellar door on any given day.

"The corn beer has been on tap here all season, and the response has been fantastic, the feedback has just been brilliant, more than I could ever have expected," Ms Fletcher said. 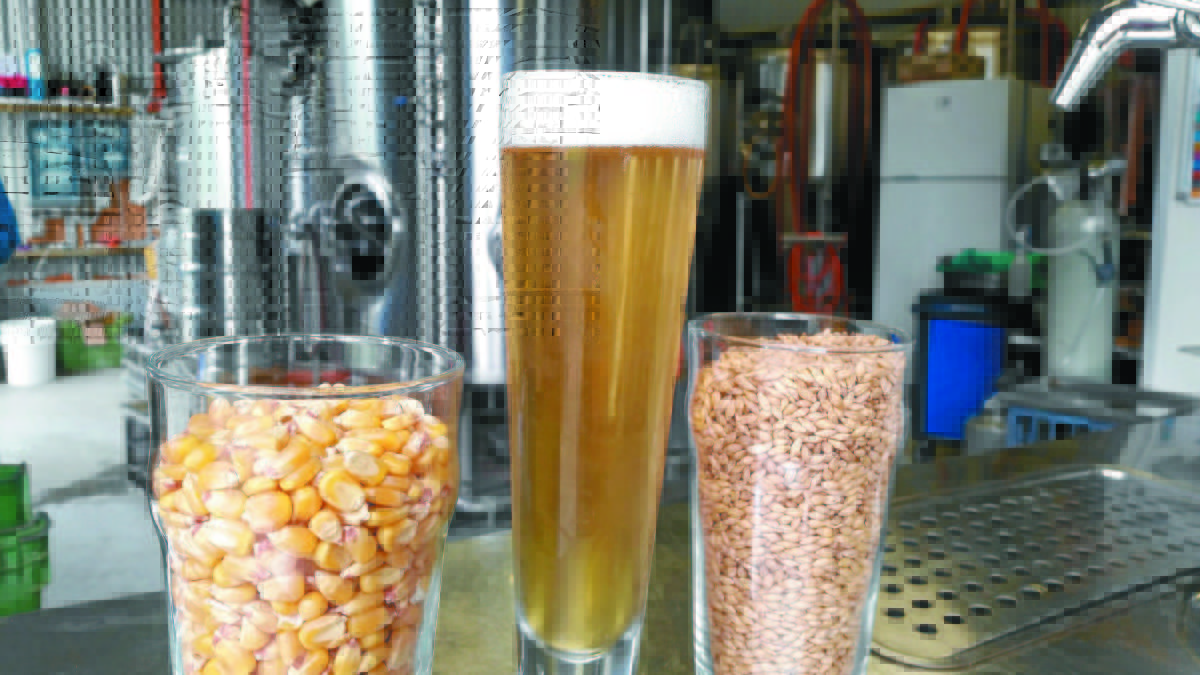 Beach to Boab corn beer is a unique collaboration between Hoochery Distillery in Kununurra and Lucky Bay Brewing in Esperance, combining raw unmalted barley from Scaddan, and corn from the Ord River region.

"It's a really light, easy drinking, mid-strength beer - I'd have to say the perfect Sunday afternoon beer, refreshing and clean.

"And the corn gives it a unique texture which is nice and a bit different."

Ms Fletcher loves that people were also enjoying the story of the beer and the fact the collaboration had a local link.

She was particularly thrilled given how prominent corn had become in the region in recent years.

"The Ord Valley is growing around 50,000 tonnes of corn this year, of which 30,000t will be exported directly by ship from Wyndham port to South Korea, and the remainder used in a stock mix for the local market," she said.

"Although it has been grown around here for more than 30 years, in the past three years it has been the predominant crop due to this demand from South Korea for its corn chip market, which has been driven by Australia being one of the only GMO-free corn sources in the world.

"Here in Kununurra there is an abundance of water, which allows for a consistency of supply, which is managed by the local farmers co-operative ORDCO (Ord River District Cooperative)."

Ms Fletcher sourced the corn for the beer from the Dessert Seeds arm of the business, which also grows a hybrid sorghum seed and which Ms Fletcher floated the idea to Mr Metz for potentially using to make a beer.

"I tried to talk Nigel into making a sorghum beer, as we are ageing a sorghum whisky at the moment, but we decided on the corn in the end," she said.

The corn brew was also a fitting nod to her father, who had made corn whisky over the past 20 years but focused most of his attention on making the distillery's internationally multi-award winning rum.

Ms Fletcher said she contemplated trying to make the beer herself, given they made beer and then distil it to make whisky.

But she wanted to make sure it was a really good product, and was impressed that Mr Metz had cracked the code of using raw unmalted barley and not malted in his beer, which was why she approached him.

"I know he would have helped me to make it if I'd asked him, but I also wanted to bring someone else on the journey," she said.

Mr Metz said it was exciting to make a unique product such as Beach to Boab, as it linked the north and south of the State by using their quality commodities, as well as being able to put a product in the Kimberley that was made from a local material.

It was one of the most popular beers at his cellar door, and he anticipated it would stay on the menu for some time yet.

Mr Metz said he planned to continue experimenting with grains coming straight out of the paddock and dealing with their technical challenges while also finding the right flavours.

In the short-term he was focusing on the relocation of the Lucky Bay Brewery to another site on the other side of Esperance, which would be opened in the new year.