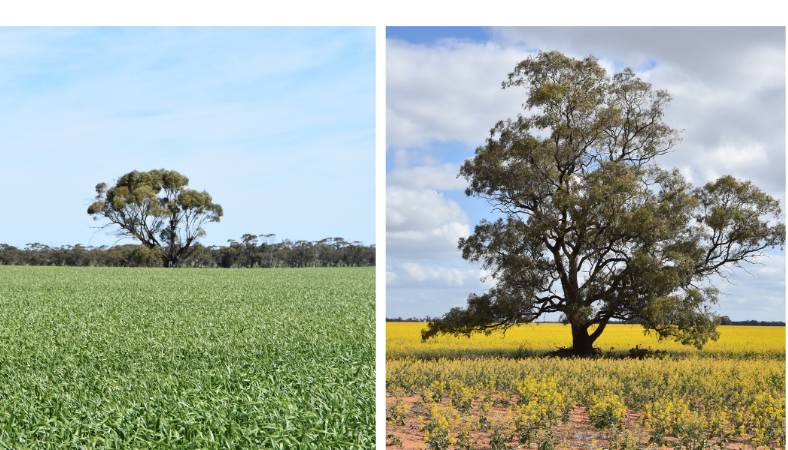 2019 crops in the Birchip, left, are in stark contrast to 2018, the lush paddocks a vast improvement on the same time last year when plants were already dying.

Last year's Birchip Cropping Group field day was gloomy, with crops in the area dying. This year sees the district in a picture of health.

FOR MANY croppers in eastern Australia who struggled with drought in 2018 this year has followed a depressingly familiar pattern.

However, there are pockets within Victoria where farmers are quietly optimistic they may be able to turn the tables following a horror season last year.

Healthy, lush crops in the Birchip area are in stark contrast to this time last year.

When the Birchip Cropping Group (BCG) held its annual field day last year, to the east of the township, crops had thrown in the towel, with many already dead.

This year, given good soil moisture reserves farmers in the area are confident there is a certain baseline yield locked in already, barring frost and calamitous heat, and if there is some spring rainfall, even less than average they could be set up for a very good season.

The good health of the crops in the region owes a lot to a heavy rain event last December that saw up to 175mm of rain fall.

While it was damaging for those that did have some grain to harvest and for livestock producers, who lost sheep due to flooding, the benefits are being seen this year, with sufficient in-crop rainfall to see the moisture bands joining up and crops tapping into the reserves. +7
Crops in the Birchip area, fuelled by good subsoil moisture from a heavy summer rain, combined with reasonable in-crop rainfall, are well set up leading into the crucial late spring period.

Local farmers in attendance at the field day said crops could not look better at present, although they were concerned about the medium-term rainfall outlook, with the Bureau of Meteorology (BOM) having just a 20pc chance for the region to exceed average spring rainfall.

While Victoria as a rule is good there are still many patches relatively close to Birchip where the picture is not so rosy.

In the northern country, to Birchip's east, crops are being cut for hay, while to west towards Beulah crops are still hanging on, but starting to go off around trees and fencelines.

However, given the good market for hay farmers say at least they have the biomass to make fodder and generate an income this way, a different story to last year when crops were not thick enough to cut.

The story What a difference a year can make first appeared on Farm Online.