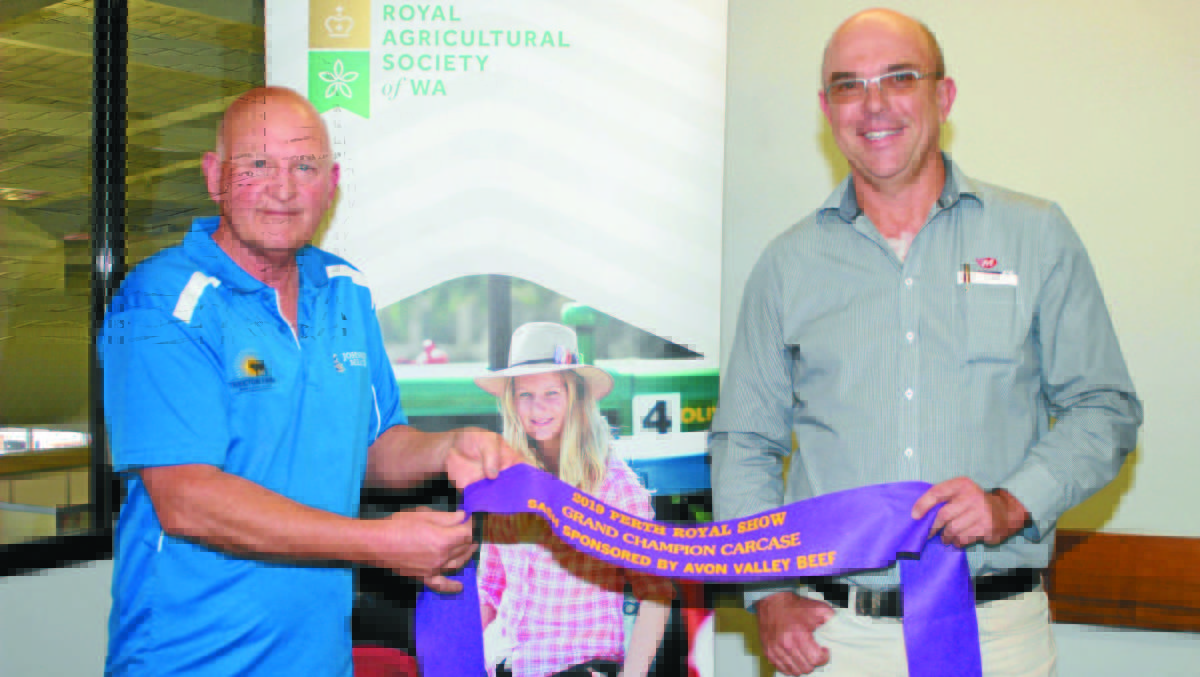 The quality steer, which was believed to be a Murray Grey-Charolais, was awarded the grand champion carcase title when it finished on the highest allocation of 86.7 points.

The steer weighed 512 kilograms liveweight and dressed at 59.9 per cent, with a hot carcase weight (HSCW) of 306.5kg.

It scored perfect marks for rib fat and P8 fat and 34.57 out of 48 for eating quality and returned $2900 at auction when it was purchased by Harvey Beef. 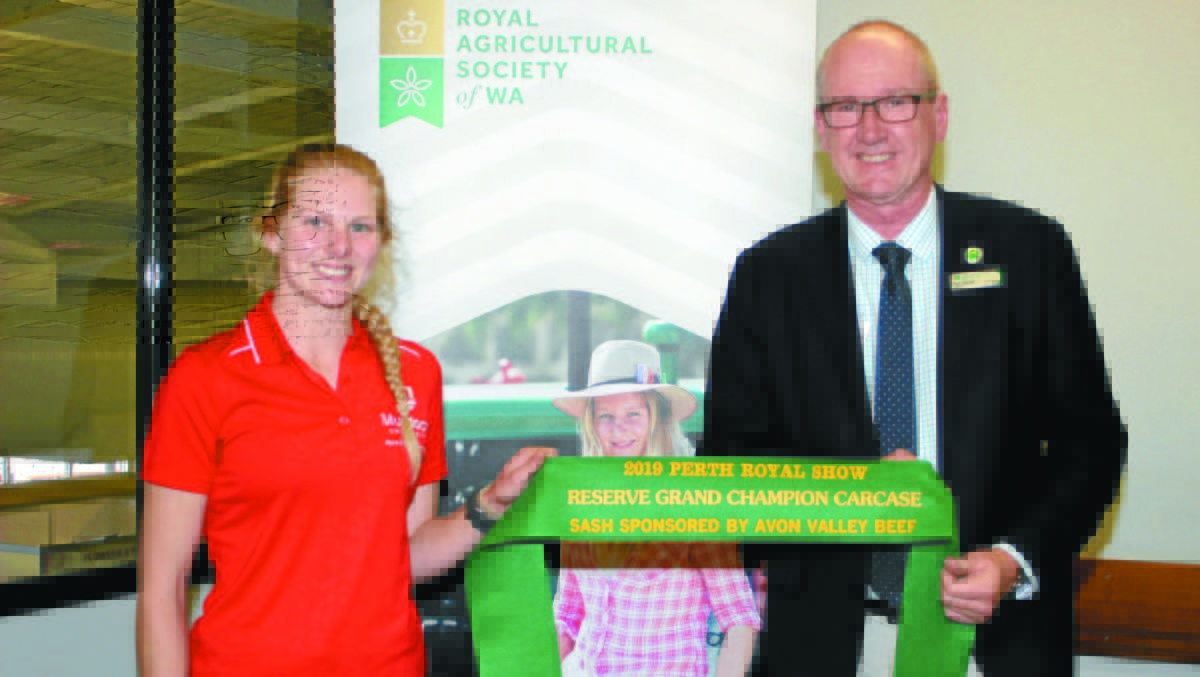 The steer was originally purchased at the saleyards by Johnson Meats managing director Terry Russell and while managing Terry's property, Paradise Beef owner Gary Dimasi selected the grand champion animal out of a yarding of 250 steers.

"I liked his attributes and informed Terry I had found a quality steer which we were going to prepare for the show," Mr Dimasi said.

"I pulled him out in March and began backgrounding him on Grow Safe pastures for the next four to five months before feeding him for 110 days on our own mixed grain ration."

It's the fourth consecutive year Paradise Beef has entered cattle in both on and off the hook competitions and although they have taken home numerous reserve champion carcase awards, this was the first time they had won a champion and grand champion title.

Mr Dimasi said the results would not happen without the effort of his employees.

"It is a team effort, with the feeding, halter breaking and preparation of the cattle done in their own time," he said.

"It a great reward for everyone involved, as it wraps up our lotfed season."

The Limousin-Angus, which was bred by Lance and Jenni Ford, Balcormo Pastoral Company, Waroona, was purchased through S & C Livestock in February. 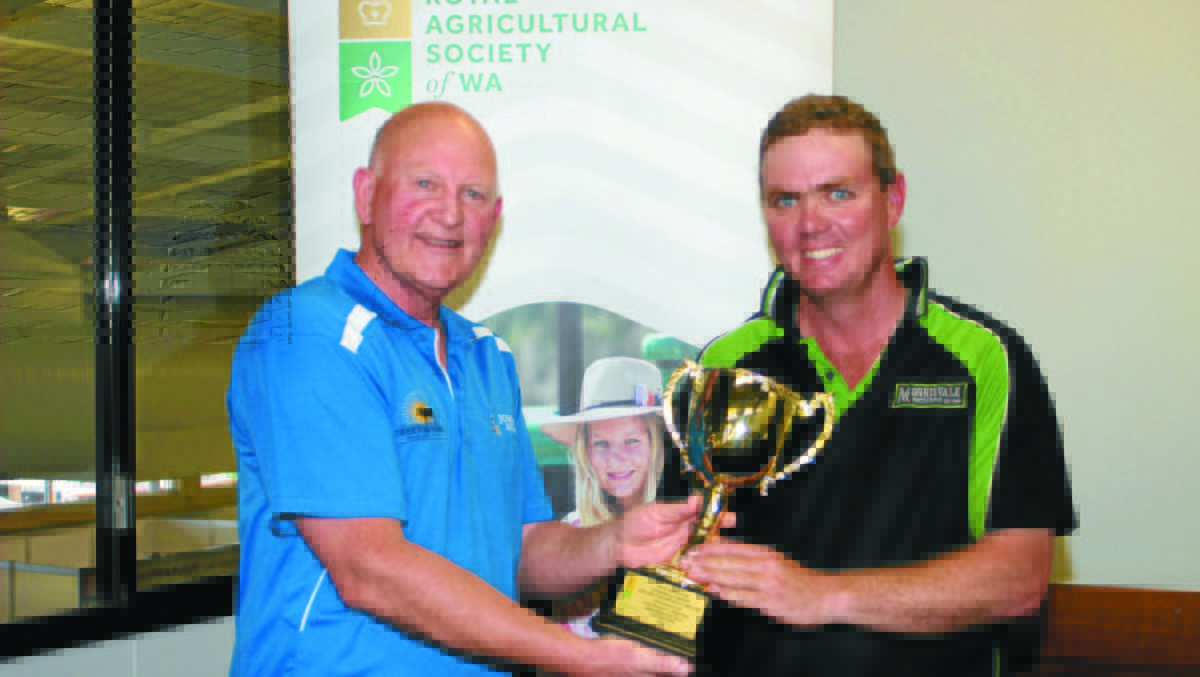 The carcase was also sashed the reserve champion heavyweight carcase of the show.

Murdoch University's success in the fierce competition continued when it exhibited the champion extra heavyweight carcase and champion mediumweight carcase which finished on 80.23 and 85.18 respectively.

The champion mediumweight carcase was a Limousin-Angus steer bred by Murdoch and was sired by Runl Stetson, out of a Murdoch Angus cow.

The quality female finished on 82.85 points and was bred by Murdoch.

All nine entries from Murdoch University were hand-raised and prepared by 38 veterinary and animal science students and staff at each of the three farms run by the university at South Street, Mundijong and Mardella.

"I thoroughly enjoyed this year's competition and I look forward to next year," he said.

A Gelbvieh-Murray Grey steer from the WA College of Agriculture, Denmark, was sashed champion lightweight carcase when it scored 83.54 points.

The purebred Angus steer was sired by Karoo Generator G220 and out of a Diamond Tree Angus cow and was announced the reserve champion mediumweight steer on the hoof, selling for $2200 at auction.

The Rob Millner Trophy awarded for the highest number of points in the interbreed group of three purebred steers (hoof and hook) was won by the Limousin breed and all three steers which helped the breed win the award were bred by the Morris family, Morrisvale Limousin stud, Narrikup.