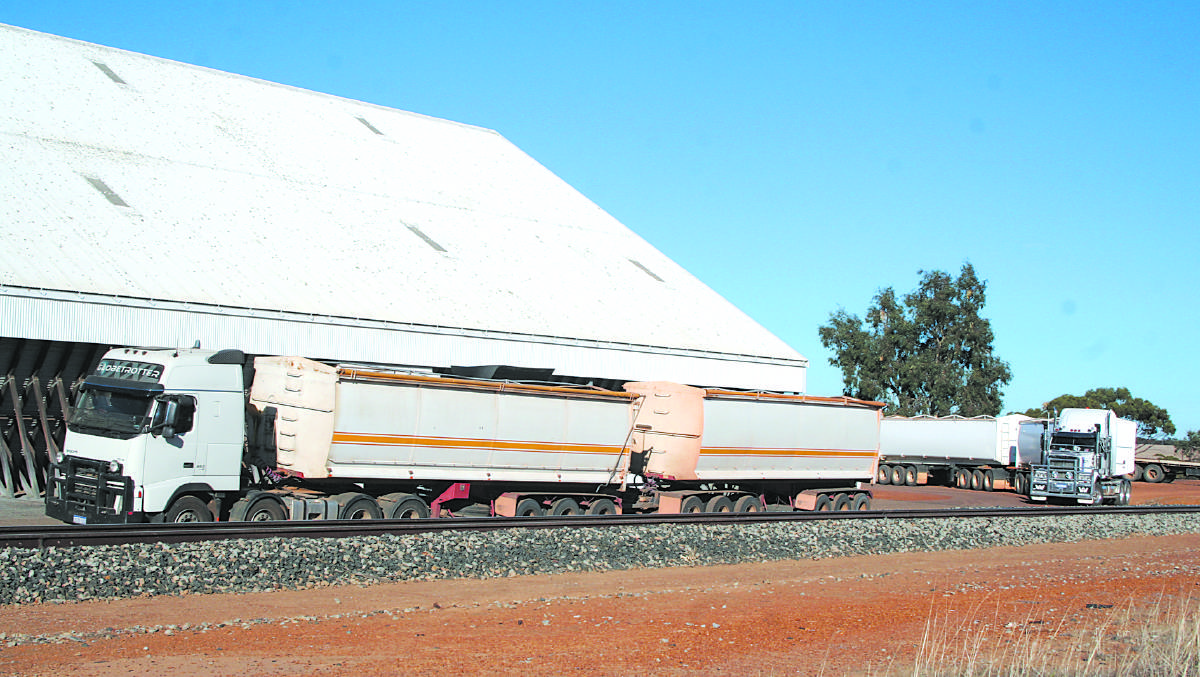 The past week has been the busiest one for grain receivals for the 2019, says CBH.

The CBH Group has reported that harvest activity increased over the past week with more than one million tonnes delivered and each zone recording its biggest week of receivals to date.

It looks to be a short season in the north with some growers in the Geraldton zone likely to wrap up their harvest program within the next week.

CBH general manager Ben Macnamara acknowledged saying it was a hard year for many growers.

"It's been a tough year for a lot of our growers, but despite the dry season we are seeing some really positive quality and yield results which is testament to how agronomy and cropping practices have advanced and enabled the industry to build this resilience," Mr Macnamara said.

Weather over the past week delayed some growers in the Geraldton zone, firstly with rain, and then harvest bans.

Most of the deliveries have been wheat, making up approximately two thirds of receivals in the zone, followed by barley.

There are some growers in the Geraldton zone who will look to finish their program this week and CBH will monitor those sites closely to manage opening and closing times.

The Kwinana North zone received between 5mm and 25mm of rain the week before last which held up some growers.

The majority of deliveries have been barley, with growers now moving on to harvesting wheat and canola.

There is some variability in quality with wheat a mixed bag of grades from H1 to ASW1 and some sites have introduced AUW1 and AUH2 segregations.

All sites planned to be open this season are now open.

The Kwinana South zone was also slow to get going after recent rainfall, but ramped up considerably last week.

Three quarters of deliveries have been barley with smaller amounts of wheat and canola.

A high percentage of barley is going feed compared to previous years, with a Malt 2 segregation being offered at a couple of sites.

Like the other zones, recent rain in the Albany zone slowed up grain deliveries early last week, but dry weather towards the end of the week allowed harvesting to resume at a solid rate.

Most sites planned to be open will be operating this week.

Barley receivals have increased in the past week with sites along the south coast roughly even for barley and canola receivals, and the north eastern areas seeing strong barley inflows.

A high percentage of barley is going feed compared to previous years, with a Malt 2 segregation being offered at a couple of sites.

All sites in Esperance zone are now open.

CBH said the weather over the next week looked unsettled and any rain might slow growers up again.

Deliveries have mainly been canola and barley, with a little bit of wheat starting to be received.

Quality has been good although moisture has been frustrating for some growers.

Looking to the markets and wheat prices remained at A$325 per tonne free in store (FIS) Kwinana levels throughout last week, with limited grower selling.

Growers are focused on harvesting their barley first and with variability in yields and quality it appears growers are waiting for their wheat to be harvested prior to selling.

On the international market there is some demand interest from both South-East Asia and the Middle East with Australian prices now calculating into key markets, although for limited volumes.

The initial wheat harvest quality results do show a larger percentage of higher protein wheat, a stark contrast to last year where the large majority was low protein ASW.

The dry finish and frost in southern areas has seen malt selection rates coming in well below average.

Internationally, demand for feed barley has remained quiet however some interest is being seen from Asia although in small quantities.

The market is awaiting a decision on the China barley anti-dumping investigation and this will be an important signal for the direction of this market.

Oil contents are slightly lower than last season with reports of 44 per cent compared to 46-48pc in the previous year.

Internationally, Europe has been in the market and despite a lower crop size it is expected that the majority of tonnes will be exported to key European crushers.