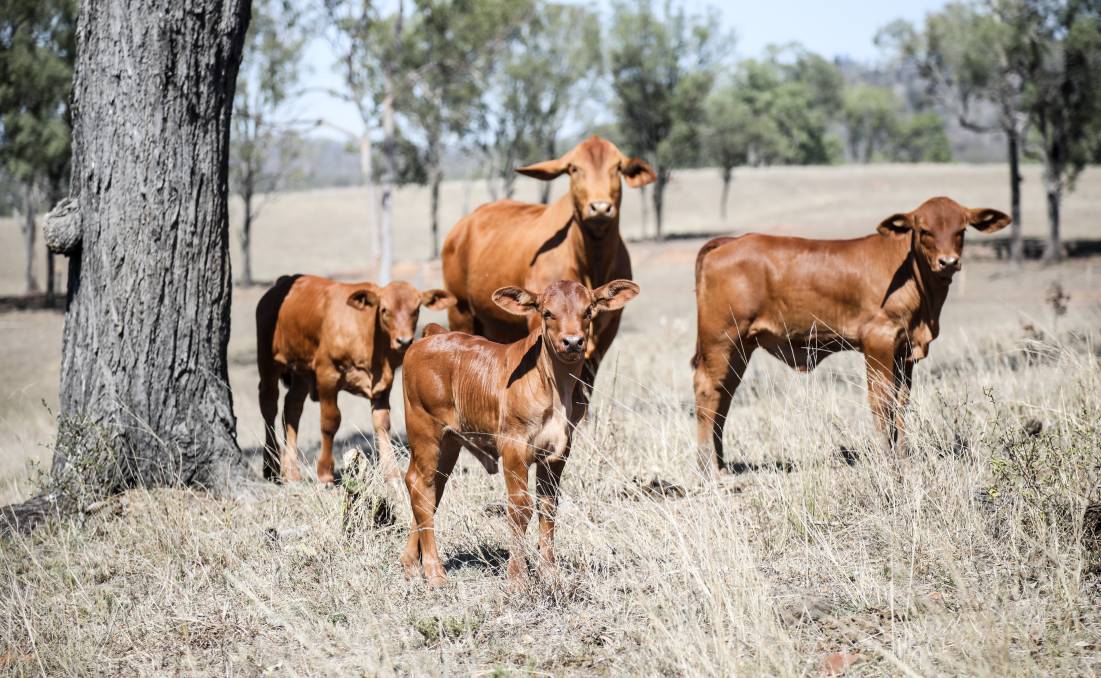 WRONG INFO: Myths about livestock production's effect on the environment are being perpetrated by both scientists and consumers, a CSIRO agriculture expert says. PHOTO: Lucy Kinbacher

IT will be the combination of improved livestock production plus dietary shifts that will ensure environmental pressures are kept within a safe operating space as the world moves towards meeting growing demand for animal protein.

So says the chief research scientist of agriculture and food at CSIRO, Professor Mario Herrero.

The solution to a sustainable and healthy future for all will come via 'a lot of little arrows rather than one silver bullet', Prof Herrero said at the premier science conference for tropical agriculture, TropAg 2019, in Brisbane this week.

"And the future is relatively bright because we have a lot of technology coming up that could help us improve livestock efficiency," he said.

Prof Herrero spoke in a session which delved into the myths surrounding livestock production and contained numerous references to reports on diets and planet health, such as Eat Lancet, which recommended significant reductions in red meat consumption.

It was kicked off by keynote speaker British economist Dr Lawrence Haddad, the executive director of the Global Alliance for Improved Nutrition, whose purpose is to lift the consumption of nutritious and safe food for all, especially the most vulnerable.

Dr Haddad said there were few foods that humans eat that caused as much emotional response as meat.

He said 59 per cent of children worldwide were not being fed much-needed nutrients from animal sourced foods and because that was crucial for early growth, it was a burden they carried for the rest of their lives.

The Eat Lancet report mostly excluded children up until the age of two.

Dr Haddad presented some facts around common livestock production claims, saying "if we can communicate this to nutrition and health advisors it will have better outcomes for all, especially the malnourished."

Prof Herrero, who contributed to the Eat Lancet report, said it was frustrating to see the variety of false statements in the news simply because of a lack of understanding - on the part of both scientists and consumers.

Multiple generalisations was the big problem, he said.

Livestock plays a critical role in providing humanity with benefits including incomes, food, employment and social status, according to Pro Herrero.

It maintains the livelihoods of over 1.1 billion people directly or indirectly.

Pro Herrero believes the livestock sector, with sound research and policy, can mitigate many of its negative environmental impacts.

There was wide variation in over and under consumption of animal sourced foods in different regions, he said. Many regions will need significant increases in consumption to get to level of good nutrition.

"The dynamics of demand for livestock products from 1990-2015 show that while milk, seafood, eggs, poultry and pork consumption have increased, bovine consumption is declining or stagnating," he said.

"Per capita we are eating less red meat than before. The overall increases are coming from population increases."

Meanwhile, the environmental efficiency of livestock has been improving.

"But we have traded lower land use and emissions for increased nitrogen use," Pro Herrero said.

He listed four main areas: reproductive health (for example 40pc of China's pigs die before having been weaned); improved health, including vaccinations; improved breeding for selected traits like growth and carcass yield and more energy-dense feed to cows.

He pointed out GHG emissions per capita were skewed but so too was meat consumption.

"US emissions are 124 times that of Ethiopia. The US has much more capacity to reduce emissions," Dr Haddad said.

"But in Africa, apart from South Africa, meat consumption is far lower than other countries.

"This is an area Eat Lancet didn't look into but one I believe is crucial to the discussion - who should be making the adjustments."

The story The path to sustainable, healthy diets first appeared on Farm Online.