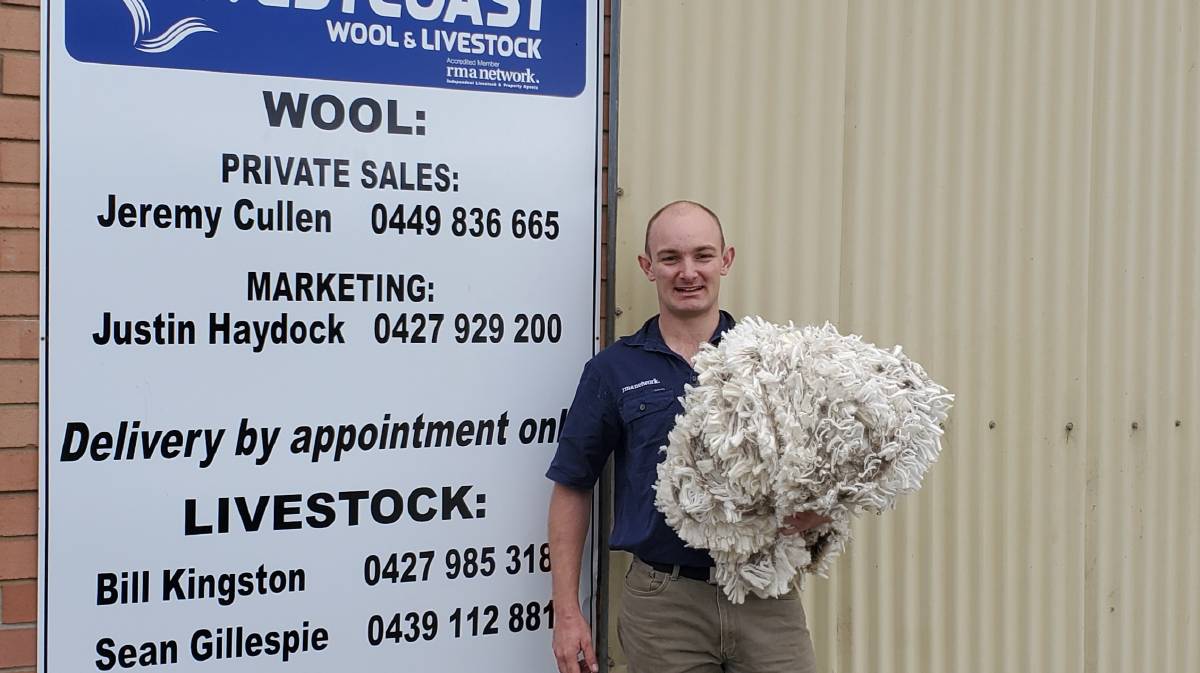 Jeremy Cullen recognises he has a fantastic opportunity to do what he loves.

SINCE putting down the handpiece and taking up a position with Westcoast Wool & Livestock in the Lower Great Southern and along the South Coast, Jeremy Cullen recognises he has a fantastic opportunity to do what he loves.

Mr Cullen has joined the company's wool representative Justin Haydock in the region, taking over the co-ordination of Westcoast's private buying service through the area, while Mr Haydock concentrates on the broader marketing of growers' wool clips.

Mr Cullen said the grass was greener in the region compared with his earlier family farming days on a wheat and sheep property at Canna, near Morawa, in the northern Wheatbelt.

He worked in Perth and was deployed with the Army Reserves before the draw of farming led him south, where he learned to shear under the tutelage of his partner's father and also after attending the Rylington Park Shearing School, near Boyup Brook.

Mr Cullen said he had experienced a fantastic introduction to the region, the company's clients and growers alike alongside Mr Haydock.

"I have been on a steep learning period to get a good grasp of things and it has been great meeting with growers," Mr Cullen said.

"Justin has a wealth of knowledge on wool and has been an excellent coach."

His previous shearing work in the area and relationships that have formed with growers as a result have also been an advantage.

Mr Cullen is servicing a region from Walpole to Tambellup and as far east as Mount Madden.

"I see this as a good career opportunity,'' he said.

Mr Cullen said the lack of feed in recent times had affected wool cuts through the region, however growers maintained strong confidence in the wool market outlook.

He said he was thrilled to join Westcoast Wool & Livestock as a fast-developing, Western Australian-owned company with a great team of staff and agents.

Mr Cullen said the company's exporting division also provided the major benefit of added capability when it comes to servicing growers and marketing their wool.

"The fact it is young, growing and achieving so much is exciting," he said.

"The company has a vision, many goals in place and it's exciting to be part of that.''