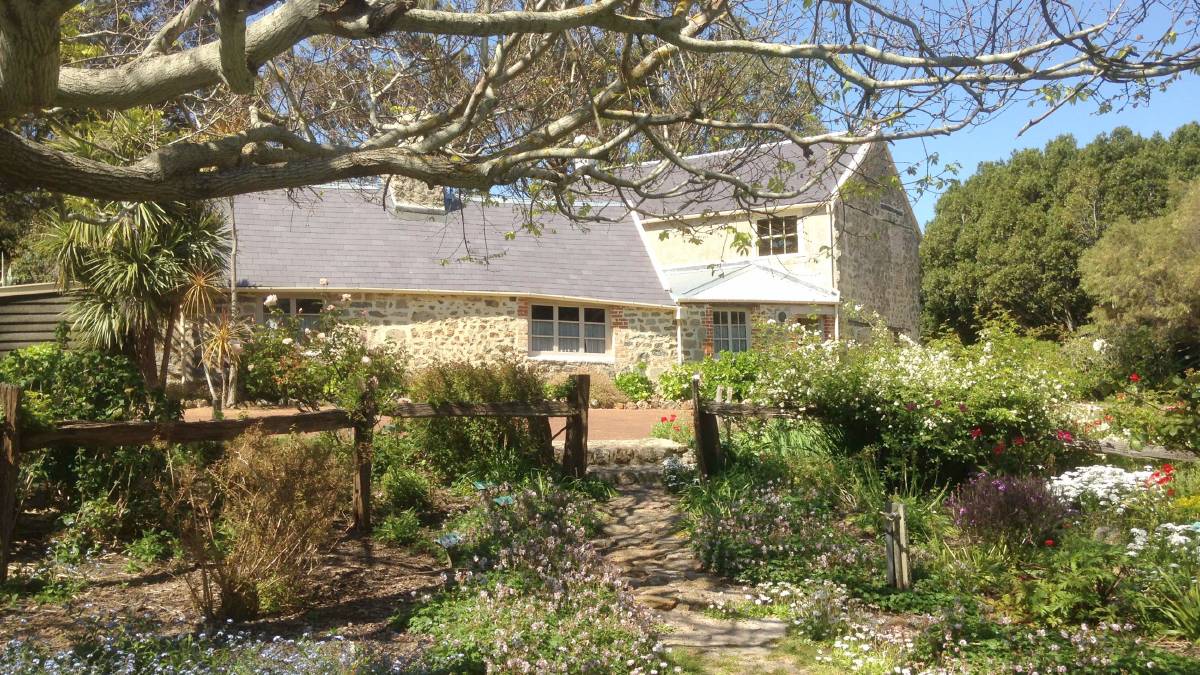 Located in the historical precinct of Mount Clarence in Albany, Strawberry Hill features a two-storey stone cottage built in 1836.

The Princess Royal Fortress, the Desert Mounted Corps Memorial and the Albany Convict Gaol and Museum.

THE Princess Royal Fortress, the Desert Mounted Corps Memorial and the Albany Convict Gaol and Museum.

Albany is renowned for its numerous historically significant attractions and a reputation centred around its role as a port from which World War I soldiers left King George Sound destined for the battlefields of Turkey.

But one of its oldest landmarks is about to receive somewhat of a facelift, which is hoped will boost its profile and make it a bucket list destination for tourists.

Strawberry Hill, on Middleton Road on a spur of Mount Clarence and only a short distance from the National Anzac Centre, has been recognised as the oldest farm in WA.

Managed by the National Trust of Western Australia, history says that a government farm was established at the site in 1827 as part of the first European settlement at King George Sound, making it historically earlier than even the Swan River colony. 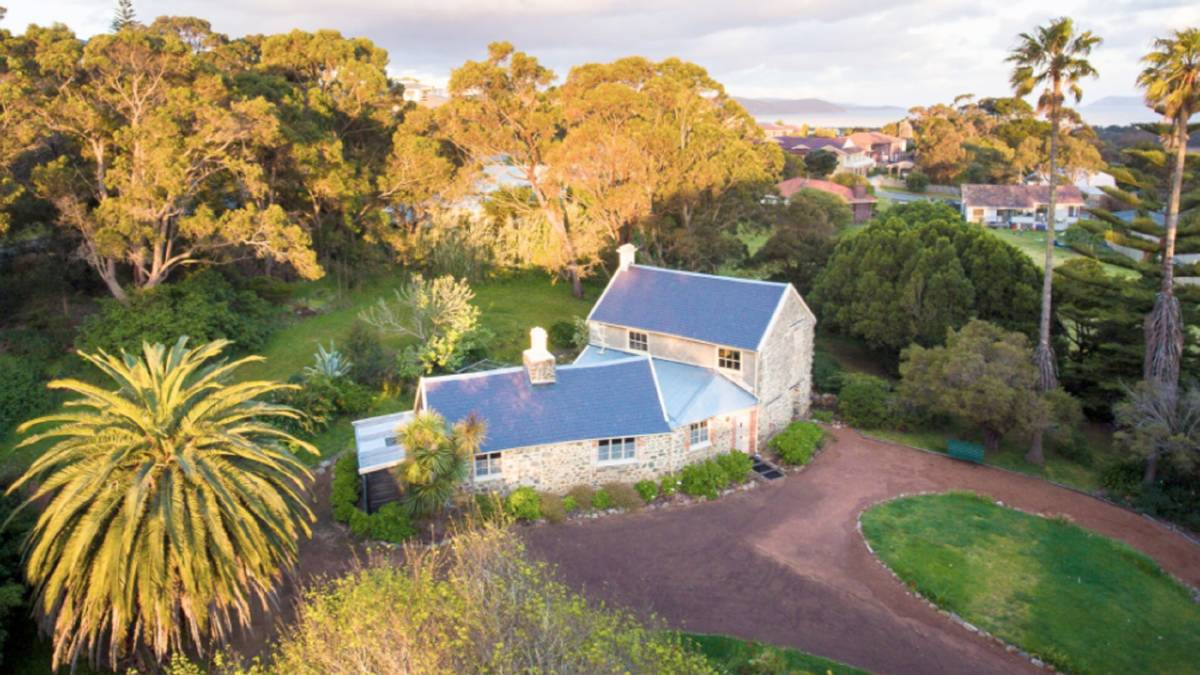 Strawberry Hill, also known as The Old Farm, is recognised as the oldest farm in Western Australia and has great historical significance to the State.

The farm was purchased by the Albany government resident, Sir Richard Spencer, in 1833, who lived in the rammed earth cottage on the site with his wife Ann, seven sons and three daughters.

That was until 1836, when a grand two-storey stone house was built adjoining the older home - and that is the building that still stands there today, 183 years later.

Spencer's farm covered a much larger area than remains today and included land at Lower King.

A variety of produce grew in the well-established gardens around the house, including blood oranges, grapes, raspberries, gooseberries, asparagus, figs, almonds, and strawberries.

After a period of neglect, the property was purchased in 1889 by Francis and Augusta Maude Bird who restored the house and farmed the land, at which time it was also nicknamed 'The Old Farm'.

Years later, in 1956, the State government purchased the property as a historic monument and gave it to Albany Council, but it again fell into a cycle of neglect.

Strawberry Hill was finally vested to the National Trust in 1964 under which it has remained and been opened to the public guided by volunteers, but now moves have been made to conserve the property to appropriately reflect its significance not only to Albany, but to WA history. 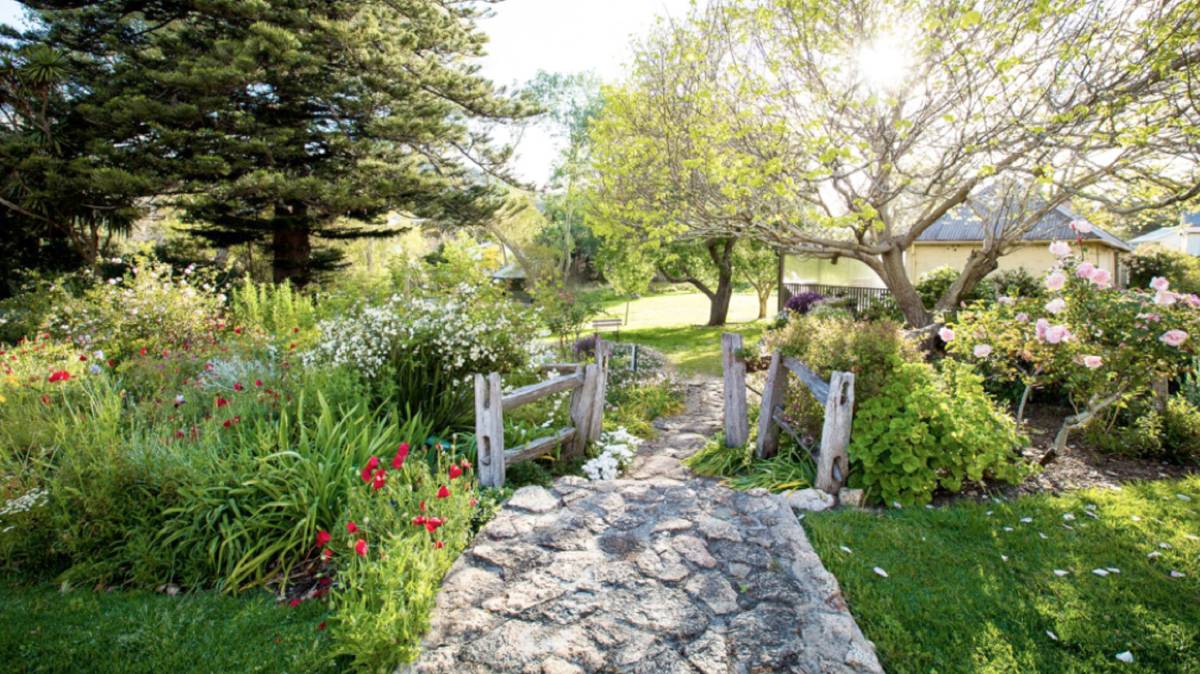 Managed by the National Trust of Western Australia, it is hoped tourist numbers can be increased with the construction of a new visitor orientation hub.

To aid them in doing this, the National Trust has recently secured funding from Lotterywest and the Great Southern Development Commission (GSDC) to build a new visitor orientation hub at the site.

The aim of the building is to increase accessibility and introduce visitors to the fascinating history of the important landmark.

The main house has tiny rooms and a steep staircase, leaving little space to welcome visitors or introduce them to the site's many stories.

There is also a strong commitment to reflect the Aboriginal heritage significance of the site and to make it more accessible to visitors.

National Trust chief executive Julian Donaldson said they were overwhelmed with the support for the new building, which has been designed by Denmark's PTX Architects, with input from Menang traditional owners and site volunteers.

"It will give visitors the chance to gain a deeper understanding of this significant place and enjoy its amazing setting," Mr Donaldson said.

GSDC chief executive Bruce Manning said as planning for the bicentenary of European settlement in 2026 got underway, they were delighted to see the National Trust was actively pursuing opportunities to increase awareness and tourism programs in the Great Southern.

"With local architects and builders employed and these additional tourist offerings, the social and economic benefit will be evident across the region," Mr Manning said.

The National Trust hopes to increase visitor numbers to Strawberry Hill to 20,000 by 2026-27, making it one of the most significant heritage experiences in WA.

It received $191,964 from the GSDC as part of a $700,000 round of Regional Economic Development (RED) grants allocated to nine projects in the Great Southern by the State government. 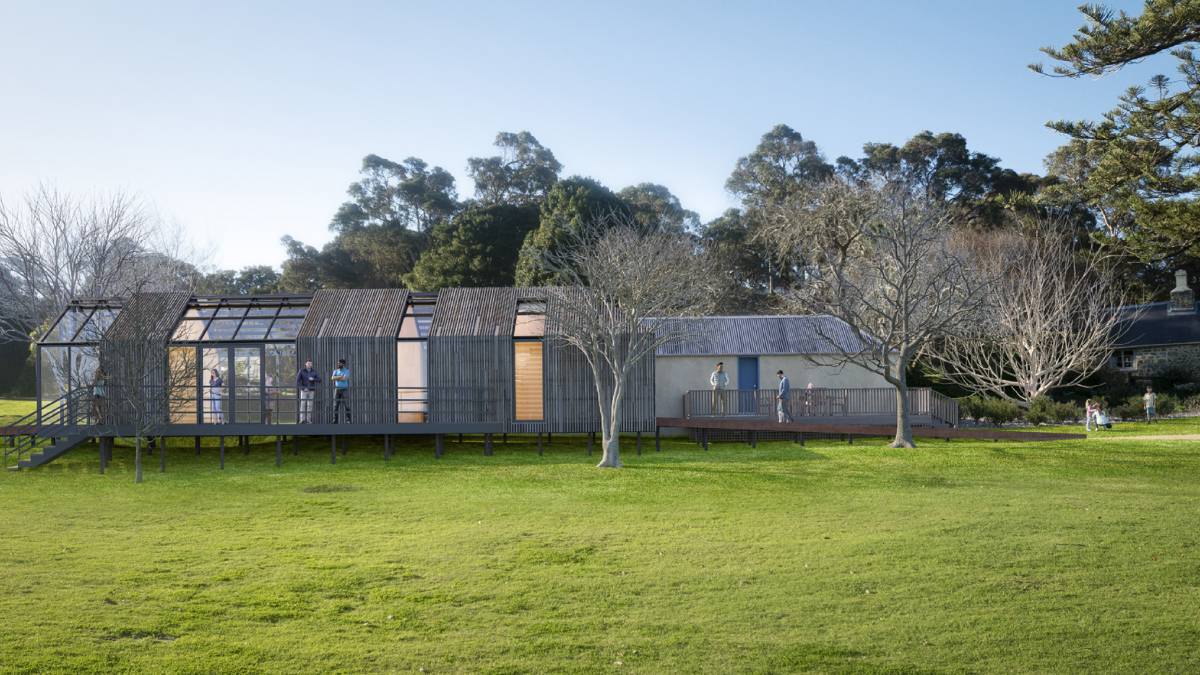 Architects have worked to achieve a bridging of cultures at the site.

Regional Development Minister Alannah MacTiernan said the Great Southern had some of WA's best tourist attractions and the government wanted to supercharge the tourism potential of the region through its RED grants, another of which was funding for the Albany Town Hall.

"Strawberry Hill has an opportunity to become a major heritage tourism attraction for Albany, while the town hall project will help to unlock one of Albany's most striking and iconic buildings," Ms MacTiernan said.

The local community has been involved in the planning process, with early community consultations confirming strong support for the National Trust to improve the facilities at Strawberry Hill and volunteers and traditional owners involved in more recent planning workshops.

Inspiration for the materials for the 80 square metre glass and timber building, which will be built adjacent to the existing Workers Quarters and will provide views across to Mount Clarence, have been drawn from the mia, a local Aboriginal dwelling and the 19th century Wardian Case, commonly used to transport plants from Europe to the antipodes.

The architects have worked to achieve a "bridging of cultures" at the site with an expression of both 19th century and Aboriginal cultural heritage, while a symbolic representation of the Aboriginal path which became the Sleeman Track and passed through the site will also be included.

The building's size and scale mirrors the adjacent Workers Quarters and it incorporates the same 38 degree pitched roof.

It is designed to be highly functional yet with minimal visual and physical impact on the site and its heritage values.

By constructing the building, it will also reduce the impact on the historic buildings, as activities such as ticketing, orientation, small group gatherings and events will be able to be held in the new space, rather than going straight into the main house as happens currently.

The successful tenderer is due to be confirmed next month and building works are expected to begin in the new year and will hopefully be completed by September 2020.