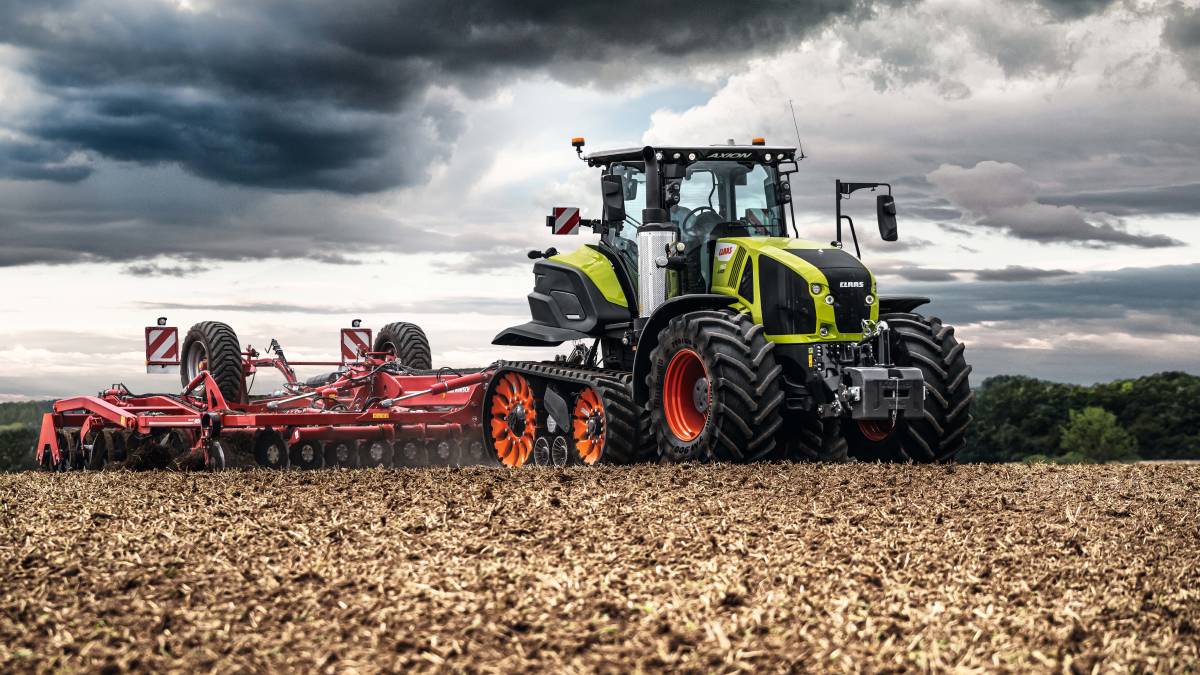 Claas have announced the commercial release of the world's first half-tracked tractors with full suspension, the Axion 960 Terra Trac and Axion 930 Terra Trac.

Based on assemblies developed for the companies Lexion and Jaguar harvesters, Claas Harvest Centre product manager Shane Barrett said the 'half-track' tractor concept combines the best of both worlds.

"Terra Trac improves traction and reduces soil compaction, whilst still retaining the driving characteristics of a wheeled tractor," he said

"Combined with the front axle and unique four-point cab suspension already found on the Axion, this is arguably the most comfortable broadacre tractor on the market."

"It is also worth noting that all four widths keep the external width of the tractor to less than three metres."

Mr Barrett said the rear axle of the Axion was substantially modified to accommodate the track units, which were also modified to improve traction.

"The size of the drive wheel has been increased to meet the specific power transfer needs of a tractor and to handle the high levels of torque," he said.

"Likewise, the transmission inside the crawler tracks has been strengthened to transmit higher torques. Each assembly can pivot up to 23 degrees longitudinally.

"Combined with its individually-suspended rollers, this allows each unit to maintain optimum ground contact in all soil conditions, terrain and operating speed."

Mr Barrett said an intelligent drive control system meant the tracks were capable of performing tight turning manoeuvres and the driver could activate steer assistance or alter ground clearance by up to 12 centimetres from the terminal.

"This enables the operator is able to select the optimum height for the implement being used behind the tractor or increase ground clearance when baling or grain carting," he said.

Mr Barrett said the tractors featured a continuously variable transmission which allowed them to operate precisely at low speeds or up to 40 kilometres an hour for road travel.

The story Half-tracks an each way bet first appeared on Farm Online.