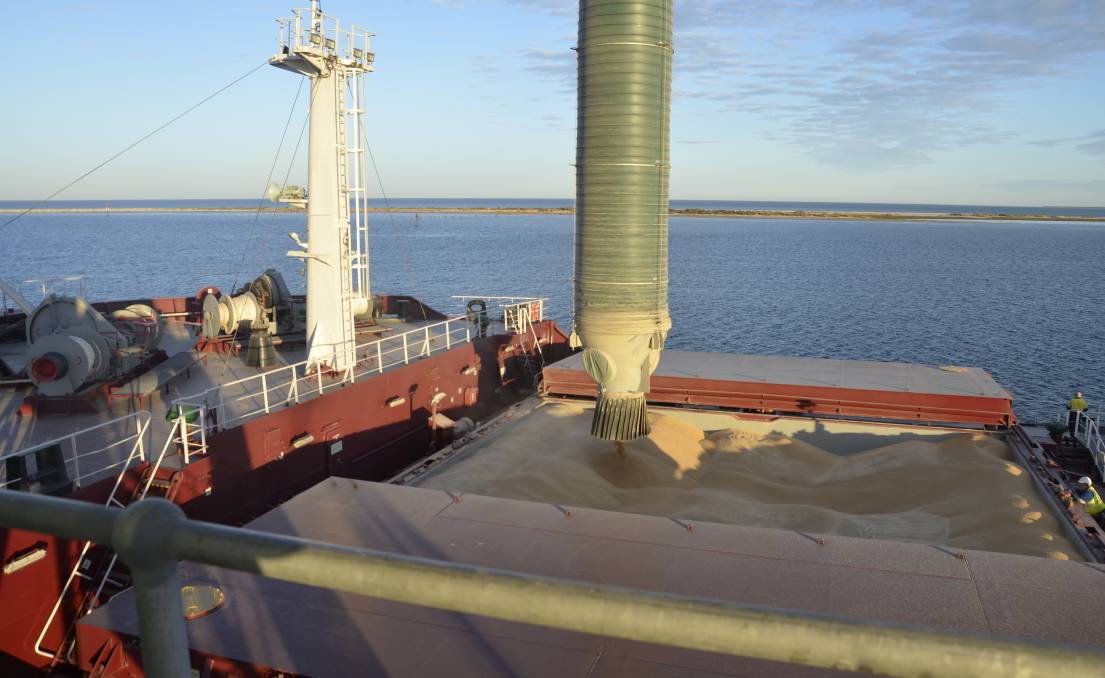 The ACCC says grain exporters and growers are still concerned about fair and transparent access to grain ports.

In spite of the focus on the domestic grain market, there are still concerns about the transparency of access to Australia's ports.

THE AUSTRALIAN grains industry's focus has been very much on the domestic market over the past two years, due to the ongoing drought conditions and the high prices paid by domestic buyers.

However, the Australian Competition and Consumer Commission (ACCC) has found grain growers and exporters continue to raise concerns about the fairness and transparency of access to Australia's bulk grain export supply chains, including ports.

This is in spite of Australia experiencing its lowest annual grain production since 2007-08 and lowest bulk grain exports since at least 2011-12.

In particular, the ACCC highlighted supply chains in South Australia and Western Australia, operated by Viterra and CBH respectively, as flash points for concern.

In its latest bulk grain ports monitoring report the ACCC found that while grain exporters could generally access Australian ports during the 2018-19 shipping year, they remained concerned about the fairness and transparency of their access, especially at facilities operated by CBH and Viterra.

One of the major gripes from rival grain buying businesses is that each business has an export trading arm that competes for port access with third-party exporters.

During the past season CBH and Viterra provided 99 percent of bulk export services from Western Australia and South Australia, respectively.

Since the 2016-17 shipping year, when grain was last exported in significant quantities from eastern Australia, the three dominant providers have loaded 91 per cent of Australia's bulk grain exports.

"The entry of new service providers has provided competition in some regions, but WA and SA remain serviced by vertically integrated near-monopolies," she said.

However, CBH said the aim of the business was to keep WA growers competitive on the international stage and that the efficiencies generated through the CBH supply chain benefited all participants.

"CBH has reviewed the 2018-19 ACCC report which continues to note the export-orientated nature of the Western Australian grain industry," a spokesperson for the company said.

"To keep Western Australian grain growers competitive in those export markets, CBH will continue to provide fair and transparent access to our network to allow growers to export their grain to market in the most effective way possible, regardless of who is selling that grain," the spokesperson said.

A spokesperson for Viterra said the company was still reviewing the ACCC's report, but added it had received mainly positive feedback from both its grower and exporter customers.

"A number of findings in the report do not reflect feedback we've received from major exporters of South Australian grain," Viterra said.

"Our customers have commented on the difficulty of doing business in South Australia due to the inflexibility of the rules under the Port Terminal Access Code of Conduct, particularly compared to interstate and overseas grain ports that are not subject to the same level of regulation."

"We're trying to address this through our exemption application, which is currently before the ACCC.

"Viterra is the only port operator in Australia subject to the full requirements of the Code for all of its ports.

If our exemption application is successful, our ports will operate at a consistent level of regulation with almost all the other Australian grain ports and deliver greater flexibility and efficiencies, benefiting growers and exporters."

Ms Cifuentes said exporters and grower groups were still uneasy about the potential for distortion in port access, in spite of the freely available capacity caused by the small export program.

"Even though many port terminals had excess port capacity this season, exporters and grower groups were still worried about the quality and fairness of port access."

"In particular, they were concerned about their limited ability to negotiate favourable terms with the dominant port operators," Ms Cifuentes said.

She said the new entrants were not yet providing meaningful competition.

"While some new port terminal service providers have recently entered the market many of them exported very little or nothing at all this season and their ability to compete with and impact the behaviour of dominant providers remains unclear."

It is not just ports that have been a cause for concern.

The ACCC said it also continued to hear concerns from growers and exporters about access to upcountry grain storage and handling services.

"In addition to the concerns raised about ports access, some exporters and growers are also still concerned about the terms of upcountry storage and handling agreements and their inability to negotiate non-standard terms of access," Ms Cifuentes said.

The report also reiterates the ACCC's support for a range of amendments to the Wheat Ports Code that will improve the Code's ability to ensure that exporters have fair and transparent access.