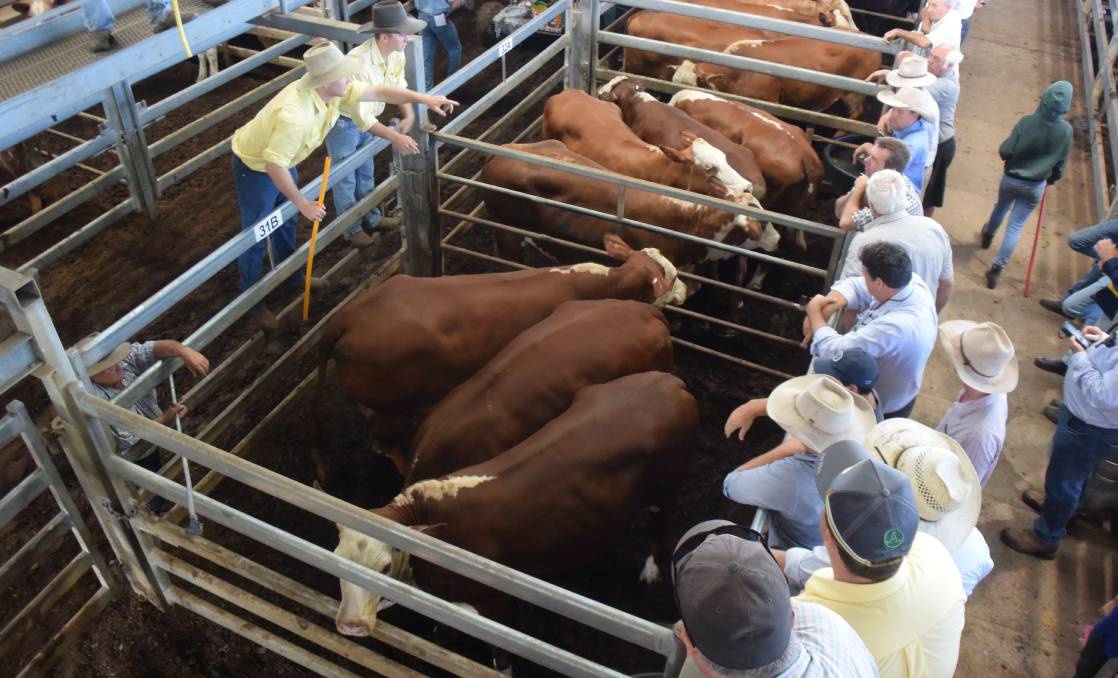 RAIN has sent young cattle prices on a speedy upward trajectory and pumped some much-need optimism into the beef game but the overriding sentiment is still bated breath and crossed fingers.

With the most promising three-month rain forecast seen in years now ahead of us, and increasing patches of cattle-growing regions having received some falls, there has been some restocker activity alongside strong demand from feedlots and processors for predominantly reduced numbers.

The Eastern Young Cattle Indicator has jumped 27 cents a kilogram carcase weight in the past week to sit at 563.50 this morning, almost a dollar above where it was this time last year.

Agents report a sentiment shift among producers but say follow-up rain over the next month will be critical to ongoing strength in the cattle market.

Market analysts Mecardo believe the big surge in restocker activity will only come with a good autumn break.

Talk of just how tight supply could be during autumn has certainly ramped up over the past week, with some saying the signs are already apparent for significantly less calves at NSW weaner sales and others saying numbers, and price, estimates are still purely speculative.

Mecardo late last year predicted a continuance of decent rain into 2020 could see the EYCI reach a seasonal peak of 865c/kg, based on restockers becoming active, such a low cattle herd and reduced breeding stock and international beef demand.

Matt Dalgleish said the only factor that modelling had not taken into account was developing demand from China, fueled by protein shortages courtesy of African Swine Fever.

"That demand increase is a whole new element. If we see the same type of demand from China again this season, it will be yet another kick for the cattle market," Mr Dalgleish said.

Cattle producers point out that while the weather outlook has improved, it's still a 50:50 chance of rain for most parts, which is why they are not making any immediate calls.

Certainly the rain hasn't stemmed the flow of hay trucks on the road.

"A minority are doing OK, some have had a bit of a break, and others have had nothing or next to nothing," he said.

"Things could turn around quickly in the next month though, which is what makes it a nervous time."

The next month was the highest likelihood of pasture growth for most regions so there would be a reluctance to make many big decisions during this time, Mr McLean explained.

The critical point would be the stage at which producers call it a failed season - that is at what point they decide reasonable pasture growth is unlikely and action needs to be taken, he said.

"Whilst we can get a late break, as we did last year, beyond the end of February the chance of achieving reasonable pasture growth in most areas gets quite low. Even if there is a late break, the shortened growing season means that feed may run out later in the year," Mr McLean said.

The next decision point would be at the end of the growing season, around Easter, when producers will need to assess what available pasture they have, what stock they have on hand, and, how likely pasture growth is during winter at their location.

"From this, they will be able to determine if they are able to carry their numbers through to next summer or if they will have a feed surplus/ deficit. This can help determine a plan for the year," he said.

"Most environmental degradation occurs coming out of a drought, so matching stocking rate to carrying capacity, and resisting the urge to restock before pastures have recovered, is paramount in drought recovery."

Start the day with all the big news in agriculture! Click here to sign up to receive our daily Farmonline