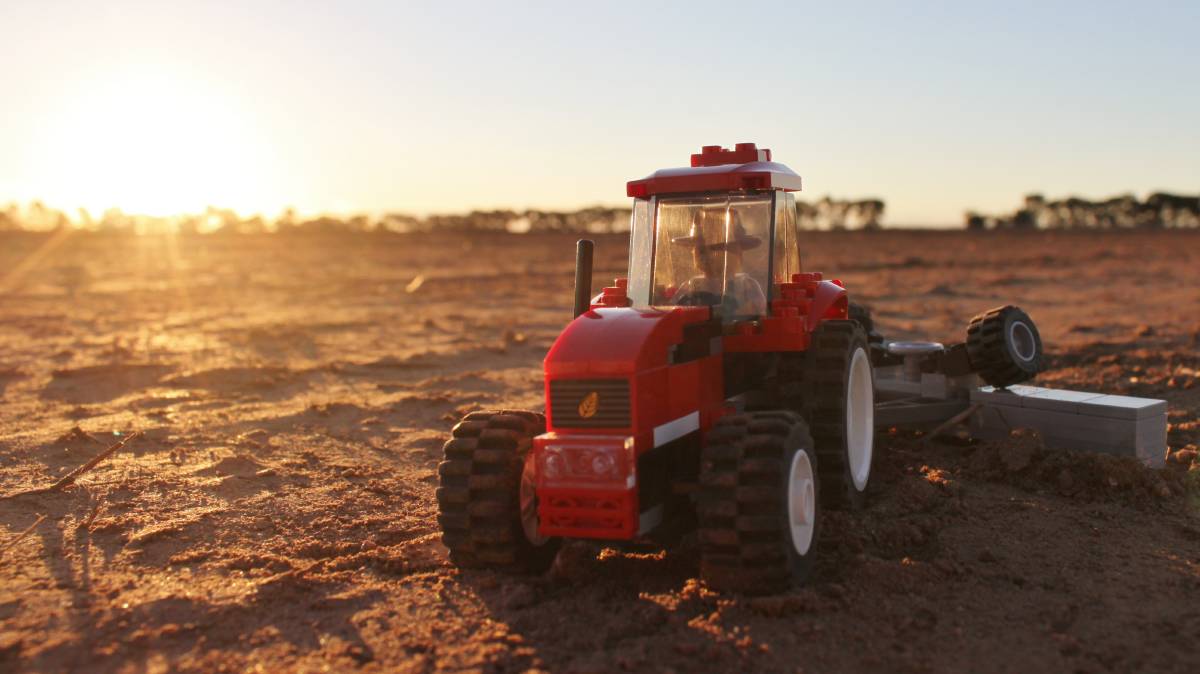 LEGO is one of the few toys that transcends generations and now it is promoting agriculture.

LEGO is one of the few toys that transcends generations.

Children who grew up playing with it (like myself) have become adults who love reliving their days as a youngster, building and creating worlds that demonstrate their creativity, imagination and even skill.

But their parents' memories might not be quite as fond as they remember stepping on LEGO pieces left on the floor in the middle of the night - while it may seem like a toy, LEGO has the ability to become a weapon when least expected.

These days the LEGO range has expanded to include a wider range for girls and countless worlds with many re-creating popular films and books, such as Harry Potter and the Marvel and DC Comics universes.

But on her family farm at Tocumwal, New South Wales, Aimee Snowden is using LEGO for the benefit of Australia's agricultural industry, helping to build a positive profile for the industry and connecting people together and educating them more about agriculture - particularly children.

Ms Snowden has found a way to blend her passion for agriculture with her photography hobby and a favourite childhood toy by creating Little BRICK Pastoral and The LEGO Farmer. 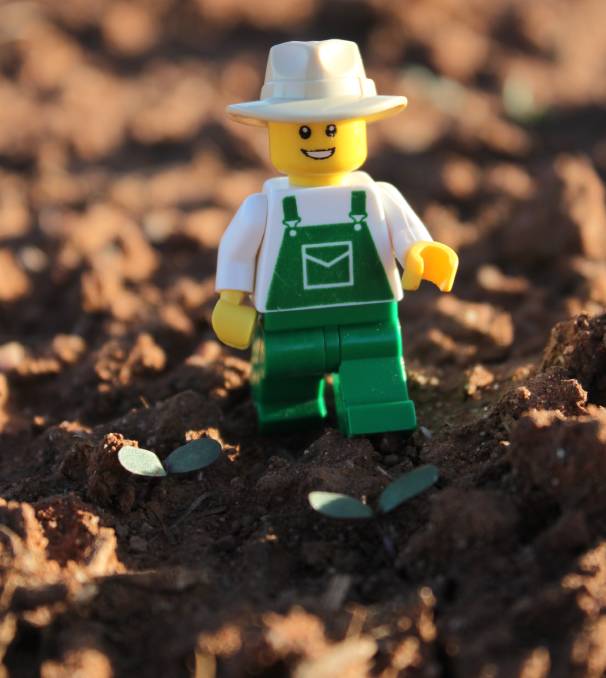 "I guess the idea of being able to use something small to tell a larger story is something that has always interested me and I have always had photography as a hobby," Ms Snowden said.

"Funnily enough LEGO photography is not an unknown thing - there are literally hundreds of LEGO photographers around the world, but at the time I discovered it, which was about five years ago now, there was no one photographing a farmer.

"So I did a bit of digging and found myself a farmer character and it just went from there.

"I didn't think it would go much further than sharing a few photos online - friends and family had a bit of a laugh and after a while it just grew on its own."

As the concept grew in terms of audience reach and popularity, its purpose also evolved.

Ms Snowden originally planned to use LEGO photography to showcase Australian agriculture and use a positive story to share her world to a wider audience.

Showcasing the industry has always been a passion of Ms Snowden's, who started The LEGO Farmer and later Little BRICK Pastoral while she was still studying agribusiness and now works as a freelance ag communications consultant and project officer. An agricultural teacher is just one of the many characters that make up Little BRICK Pastoral which are used to tell stories of the industry, share information and highlight different careers.

But showcasing the industry is now just one of the three pillars that make up Little BRICK Pastoral, with the other two areas being educating school students and showing high school students the broad career opportunities in agriculture.

"The piece around ag education is about engaging students, particularly primary school age, to use the curiosity that kids naturally have to look at where their food and fibre comes from," Ms Snowden said.

As part of this, she uses a tactile, hands-on experience to teach children about agriculture, such as playing with LEGO to demonstrate how seeds germinate or how a crop is harvested.

"It feels really special to see kids get more involved in and understand ag," she said.

"It's an incredible honour and opportunity, whether it be in a classroom or at a local show or LEGO exhibition and I get to see the light bulb moment go off in their mind."

The concept of using different characters, like The LEGO Farmer, is how Ms Snowden has demonstrated the numerous career pathways agriculture offers. 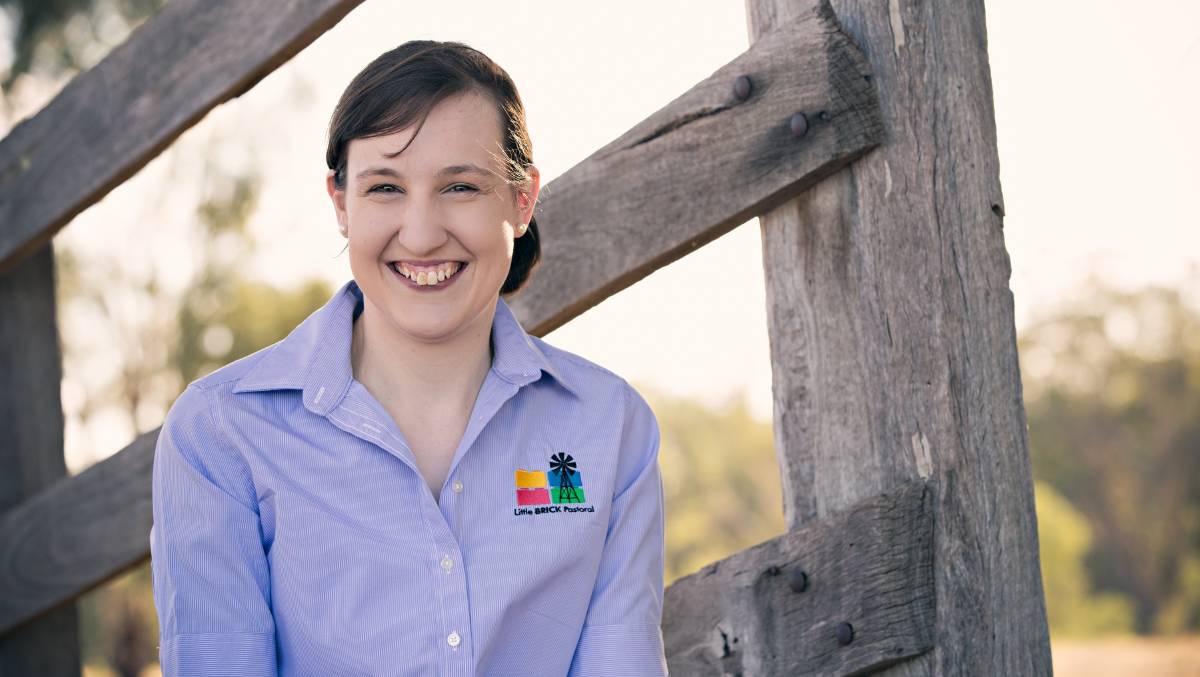 As her photography of The LEGO Farmer gained momentum, she decided to rebrand as Little BRICK Pastoral which opened up the pathway for more characters and led to the career piece.

"The third piece that looks at career aspirations is about dispelling the myth that a career in agriculture is not only a farmer - so using the farmer character (The LEGO Farmer) is obviously central to our story, but that's only one character and I can usually mirror it for a heap of characters, which shows that there is such a wide variety of careers in our industry," Ms Snowden said.

"As we build out different careers, we represent what they might look like in our standard agriculture industry and what they might need, whether it be an agronomist, research scientist, journalist, grain trader - anyone and everyone across the supply chain from paddock to plate."

A workshop about careers with students tends to involve Ms Snowden giving them some LEGO and asking them what they're passionate about and how they could apply it to a career in agriculture.

"Putting aside that not every kid is going to have a career in ag, which is completely OK, but just for the sake of humouring me for one hour by doing the workshop, they can actually build a character that does have a career in ag and then take a trip in my world and do some LEGO photography," she said. 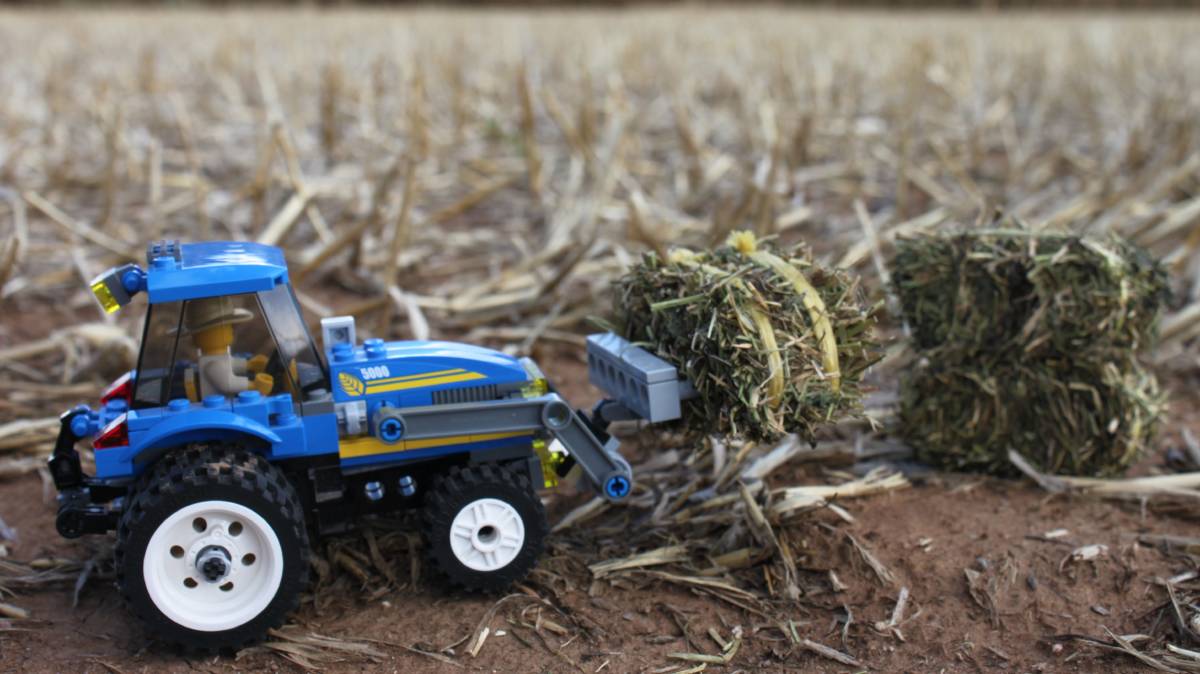 Little BRICK Pastoral is a concept which uses LEGO to showcase agriculture, educate people about the industry and show them some of the opportunities it offers.

"And the careers they come back with are really interesting - I love watching what they come up with.

"We have had everything from a stockyard architect through to international development officers with the United Nations."

In combination with connecting to students of all ages, Ms Snowden has created the Little BRICK Pastoral website to be an information hub, which can then direct users to relevant industry bodies if they want to delve further into Australian agriculture.

"While it is a stereotypical look, even though Australian farmers don't wear overalls, it is more to be representative so that the character was iconic," she said.

"The face and hat are probably more important to me than the overalls, which are about people being able to see it was a farmer. 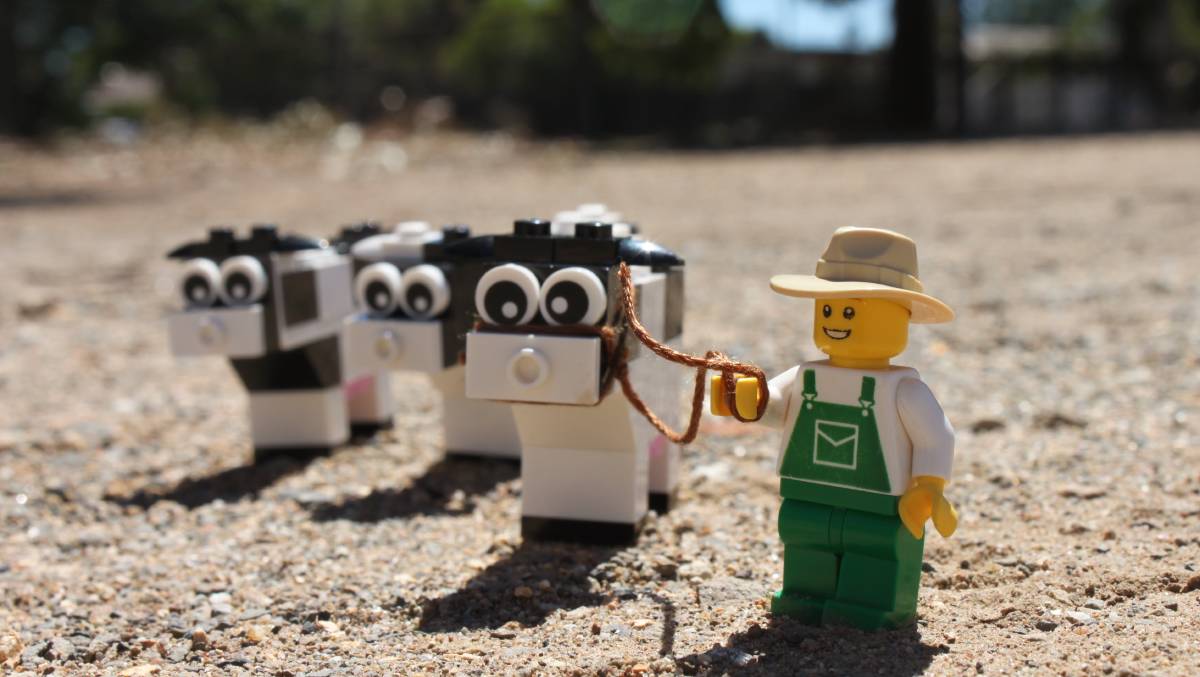 The LEGO Farmer showing some of his dairy cattle.

"But the face was more about being engaging and approachable and the hat is really key; when LEGO releases a farmer they put him in a cap which is not Australian, it needs to be a wide-brim Akubra-style hat."

In terms of gaining inspiration for her photos, Ms Snowden said she only had to look outside and think about the industry and try to be representative of what is happening on-farm or in broader agriculture.

While she has touched on some of the tough circumstances experienced by drought-stricken farmers, Ms Snowden has focussed on spreading positivity and also "using the platform where I can to provide an opportunity for general consumers to see how they can assist".

Looking ahead, she doesn't have any specific plans or vision for Little BRICK Pastoral but will continue taking opportunities when they come along.

"One day I think I'll wake up and people will say 'Aimee, it's time to put the LEGO away', but I'll ride this wave while it's still here," she said. One aspect of Little BRICK Pastoral is showing high school students the many career opportunities available in agriculture, such as a scientist.