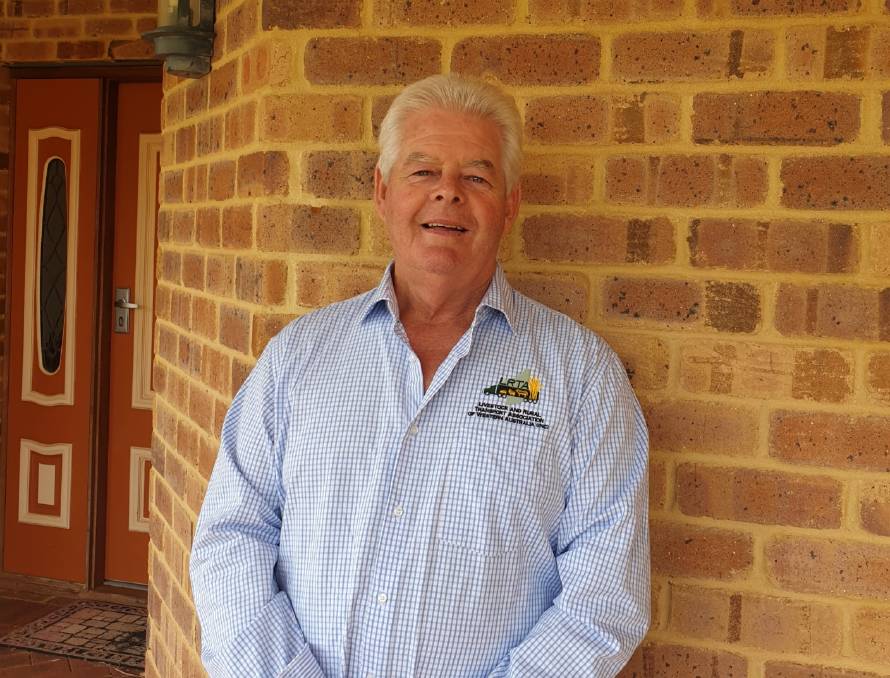 The WA transport industry is adjusting to the new COVID-19 restrictions and working through challenges as the State ramps up efforts to stop the spread of the deadly virus.

THE Western Australian transport industry is adjusting to the new COVID-19 restrictions and working through challenges as the State ramps up efforts to stop the spread of the deadly virus.

The new restrictions were put in place last week for all non-essential travel across WA borders or between the regions and caused some initial stress and concern among carriers.

Livestock and Rural Transport Association of WA president David Fyfe said the association's executive officer Jan Cooper has been busy behind the scenes trying to resolve issues between transporters and the State government to keep them on the road.

"It is business as usual but everyday another problem seems to pop up," Mr Fyfe said.

He said there had been a "few hiccups" in the rollout of the restrictions at the border due to the COVID-19 response, but it mainly came down to "misinformation".

"Everyone is so busy at the moment I think it's just that information is not getting through - especially on the WA side of the border," he said.

"Transport will go on as normal but when they say transport can keep going they need to follow up on that (to ensure it does).

"I'm confident we can sort it out but we do have operators that are very concerned about getting the job done."

WA Agriculture and Food Minister Alannah MacTiernan said a series of exemptions to the COVID-19 restrictions were in place to support the community and economy.

"People who are required to travel to WA to work in agriculture or primary industries are exempt from the self-isolation requirement, as they perform an essential service for our State," Ms MacTiernan said.

"All freight movements have also been exempted - which means there are no impacts on agricultural inputs or machinery imports.

"The exemptions also apply to transport providers, such as truck drivers - and there are no additional requirements in place for livestock movements, beyond usual biosecurity protocols."

"There's been a rush on fertiliser," he said.

"Carriers are working to capacity.

"There's a surge across the whole State due to COVID-19."

Mr Fyfe was "pleading" with people in the future to "get their fertiliser early so their carriers can deliver the product in a timely manner".

He said fertiliser transport was up 400 per cent in March on what they had moved in the previous three months.

"If farmers order their fertiliser earlier, we can spread the workload for transporters," Mr Fyfe said.

"We need the support of fertiliser companies as well to smooth out the peaks and troughs."

Mr Fyfe said he understood that money and credit, as well as the confidence to put a crop in, were factors that affected farmers' decisions about ordering fertiliser.

He also reflected on big livestock movements where transporters were dealing with the lack of adequate loading ramps which were causing delays.

"We as a carrier need to be able to attract good people to the industry and that means working with good, work safe facilities," Mr Fyfe said.

"Some farmers have great facilities while others have none."

Mr Fyfe said sheep had never been worth more than what they were now - "but there's not enough money being spent on infrastructure".

He said when farmers built a new set of sheep yards "ensure that it has a loading ramp as well to make life easier for loading and unloading".

"It is an animal welfare issue as well as being good for the farmer's and truck driver's wellbeing," Mr Fyfe said.

"We still load sheep off the ground, using a ramp we carry on the truck.

"It all adds on time and stress to operators."

Mr Fyfe said farmers were spoilt for choice when it came to products available - including "really good mobile loading ramps" that could be towed to different properties when needed.

Mr Fyfe said industry rules and regulations were "extremely strict" and drivers were constantly being threatened with non-compliance and fines.

That's why there was a call for farmers to step up and make the job easier.

"Every year the same issues come up," he said.

"It's really about a lack of respect for livestock carriers."