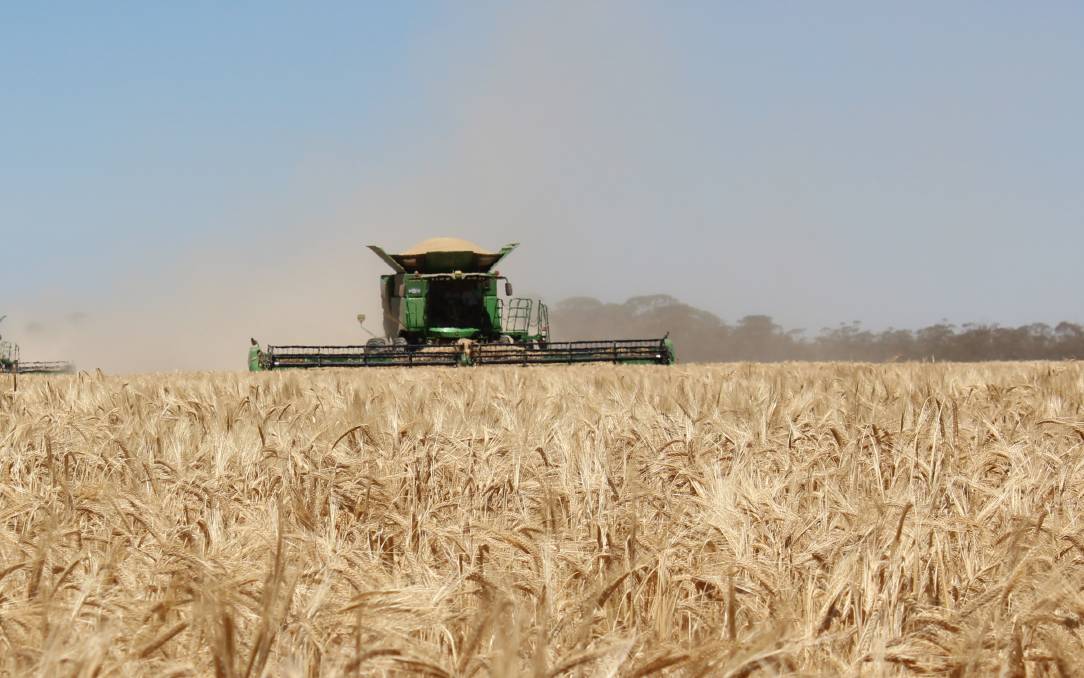 The Chinese Ministry of Commerce (MOFCOM) has imposed a dumping margin of up to 73.6pc and a subsidy margin of up to 6.9pc for all barley imported from Australia, effective from Tuesday.

The Chinese Ministry of Commerce (MOFCOM) has imposed a dumping margin of up to 73.6pc and a subsidy margin of up to 6.9pc for all barley imported from Australia, effective from Tuesday.

The tariffs are in response to an anti-dumping and countervailing subsidy investigations initiated by China in November 2018.

Despite the assurance no wrongdoing had been committed, WA Agriculture and Food Minister Alannah MacTiernan said the final outcome was not surprising, given the MOFCOM's conditional ruling less than two weeks ago.

"It would appear Western Australian barley growers have been caught up in a much larger issue," Ms MacTiernan said.

"These tariffs effectively close WA's largest barley export market and could result in a direct loss of up to $200 million to Western Australian farm incomes this coming year from reduced barley values and reduced wheat prices, as more farmers turn to wheat crops."

The $200m figure is a rough calculation based on the price differential between high-value malting barley sold to China and lower-value feed barley sold to other markets.

CBH Group chief marketing and trading officer Jason Craig said the introduction of these tariffs would have major implications on growers and the WA barley industry.

"We have already seen significant price drops in both malt and feed barley markets over the past fortnight following the announcement that these tariffs would likely be implemented," Mr Craig said.

"Growers are likely to receive a lower price for their barley this year due to the tariff's impact on demand."

Going forward, China will likely source malt barley from France, Canada and potentially Argentina, while feed barley is likely to be sourced from the Black Sea.

However, Mr Craig said CBH had plans to continue to develop and strengthen relationships with alternative markets in order to ensure maximum value is returned to WA barley growers.

"CBH is active in long-term markets like Japan and Vietnam for high quality malt barley and is developing relationships in new markets like India," Mr Craig said.

"In the feed market, CBH continues to work with key customers in Japan, Saudi Arabia and Thailand, as well as exploring new opportunities in Indonesia after the implementation of the Indonesia-Australia Comprehensive Economic Partnership Agreement (IA-CEPA)."

"For a number of years China has been Australia's largest barley export market and Australia is the largest supplier of barley to China," the joint statement said.

"It is estimated this dispute could cost the Australian grain industry and notably rural and regional economies at least $A500 million per annum."

While the impact on the wheat price is unknown at this point and is dependent on the outcome of the season, it could also be impacted.

An increase in supply could lead to a downward price movement in the wheat market as Australia competes with a larger exportable surplus on the international market.

However, at this stage there is no indication that any other exports from WA will be directly impacted.

Farm Weekly understands that as of Tuesday, there were three vessels en route to China carrying more than 100,000 metric tonnes of WA barley.

While CBH could not comment on individual shipments for confidentiality reasons, a spokeswoman could confirm that importers were required to pay the anti-dumping and countervailing duties on Australian barley from May 19, meaning any shipment destined for China was subject to the tariffs from Tuesday.

It is also likely that the reduction in the price being fetched for barley will have a multiplier effect in the regional economies of WA's grainbelt.

A drop in farm incomes will mean farmers have less discretionary money to spend in regional centres which could cause a knock-on impact on retail and hospitality across the southern half of the State.

Since MOFCOM launched its anti-dumping investigation into Australian barley in late 2018, CBH has co-operated with the Chinese government to provide information to counter allegations of dumping.

In an email sent to members on Monday night, CBH said as part of its submission to MOFCOM, it was required to complete an in-depth survey made up of more than 400 complex questions.

"The responses provided by CBH to both investigations totalled more than 3,700 pages and the co-operative answered all questions where practically possible," the email said.

"More than a dozen CBH employees were involved in the process of gathering the required information over a period of three months, and external legal assistance was sought to ensure all questions were answered and translated appropriately.

"To ensure growers were adequately reflected in his survey, CBH sought assistance from three Westeren Australian farmers who provided detailed information on their farm businesses."

MOFCOM has alleged that the information supplied by CBH as part of the anti-dumping investigation was incomplete, however CBH maintained the process was followed in full and in accordance with World Trade Organisation guidelines.

Ms MacTiernan said the issue highlighted the importance of the Western Australian Government-funded Australian Export Grains Innovation Centre (AEGIC) and the research and development (R&D) work it did to develop new grain varieties, products and markets.

"Recently AEGIC has been working to open up a new market for our malting barley in India and has developed a game changing new strategy for Australian oats - branching into the rice and noodle market with this high value grain," Ms MacTiernan said.

"It is critical that the impending creation of Grains Australia by the Federal government's Grains Research and Development Corporation, does not diminish AEGIC's unique combination of market intelligence, R&D and innovation that is so important to WA's very export oriented cereal industry."

The State government also urged the Federal government to appeal the decision via the World Trade Organisation's dispute settlement process and said it would provide any support necessary.