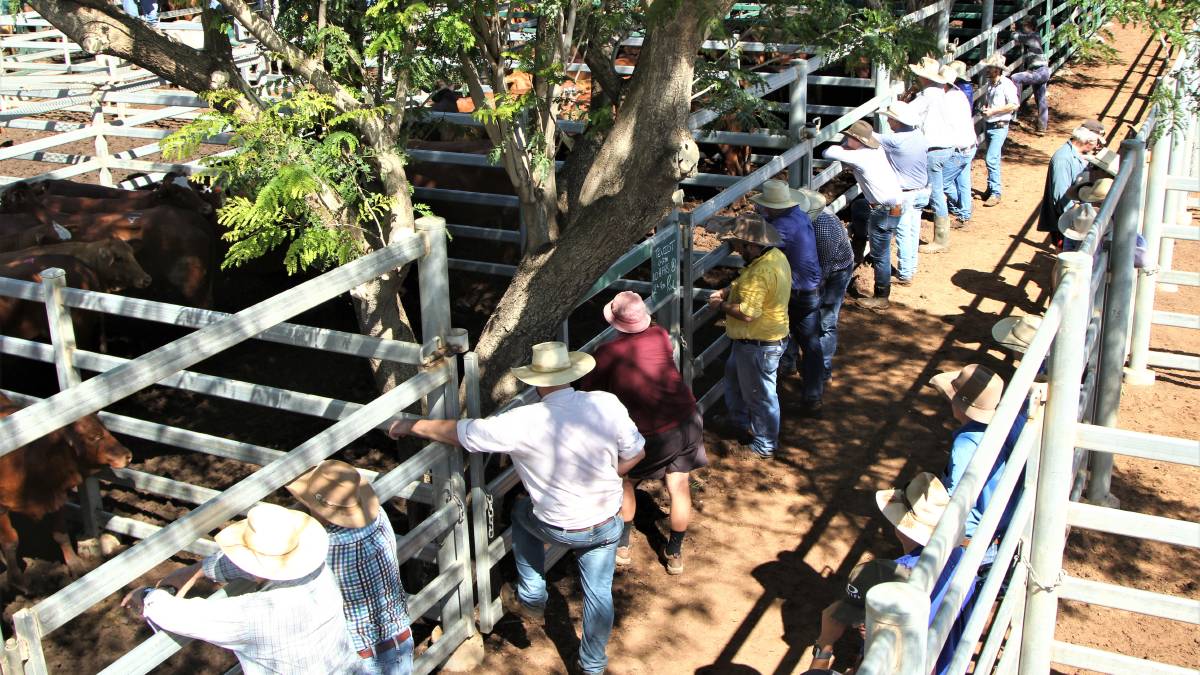 GRASS in the paddock and a meteorology bureau that keeps saying more rain continues to drive restockers to the saleyards despite ongoing phenomenal strength in the market.

The possibility of grass that can't be utilised come spring in some regions is now starting to emerge, although all stops are likely to be pulled out to prevent that ever happening.

Beef advisors say the situation could well yield quite a few ventures into non-traditional markets, systems, breeds and even different livestock.

Tightening supply saw yet another lift over the past week in the national feeder steer indicator from Meat & Livestock Australia. It is currently sitting at 382 cents a kilogram live weight, up from 377 a week ago.

Decreasing slaughter supply out of feedlots has pushed restocker activity in on heavier cattle, with bidding in the 350 to 400kg category and even up to 500kg hot this week.

Some analysts and agents however, are talking a market plateau given the advent of winter, instability in global markets and the level prices are now at.

Mecardo analyst Angus Brown said beef was getting very expensive in international terms and the big question about what would happen to Australian exports when the United States was back to full capacity was ticking away in the background.

"There are big numbers of cattle backed up in the US that could end up in Japan and Korea - key markets for Australia," he said.

"It's not too much of a worry for niche grassfed but the grainfed side is likely to be impacted."

For the moment, though, seasonal conditions were instilling a lot of confidence, Mr Brown said.

"The prospect of having a lot of grass in front of them is why people are willing to pay up to $5.20/kg for little steers at the moment," he said.

Beef advisors say producers are looking at all strategies to accelerate reproductive rates to avoid spending the sort of money on heifers and in-calf cows the market is currently demanding.

On AuctionsPlus last week, pregnancy-tested-in-calf heifers took a drop in clearance but an increase in average prices.

Hugh Courts reported the majority of steer categories increased in price for the second consecutive week with the biggest spike experienced by those weighing 280kg to 330kg, which were up 32c/kg.

Heifers also followed suit with the majority of categories bouncing back from last week. The biggest jump, of 18c, was in light heifers under 200kg.

Southern Queensland agent Matthew Grayson, George and Fuhrmann, said heavy cows were a bit cheaper but feeder and restocker cattle were dearer at Warwick this week.

A lot of people in the market were missing out but many were still just as happy to give their country a spell, especially as we head into winter, he said.

"I'd be surprised if prices get too much dearer," he said.

"There is plenty of worry about China and coronavirus but the cattle market seems to be defying all that and going the other way," he said.

"The numbers just aren't there and that means prices will stay high and everyone knows that."

President of the Victorian Farmers Federation David Jochinke said there was a return of confidence among sheep and cattle farmers.

"Some of the most recent sales in Victoria have been promising with prices holding steady and increasing at saleyards as supply begins to contract over winter," he said.

"Also, we have noticed a rise in online selling platforms with a number of saleyards livestreaming sales in an attempt to maintain trade under social distancing protocols.

"One of the interesting developments has been an increase in demand for red meat domestically - we are seeing a trend towards 'localism' with more Australians seeking to support local business with increase in domestic butcher sales."