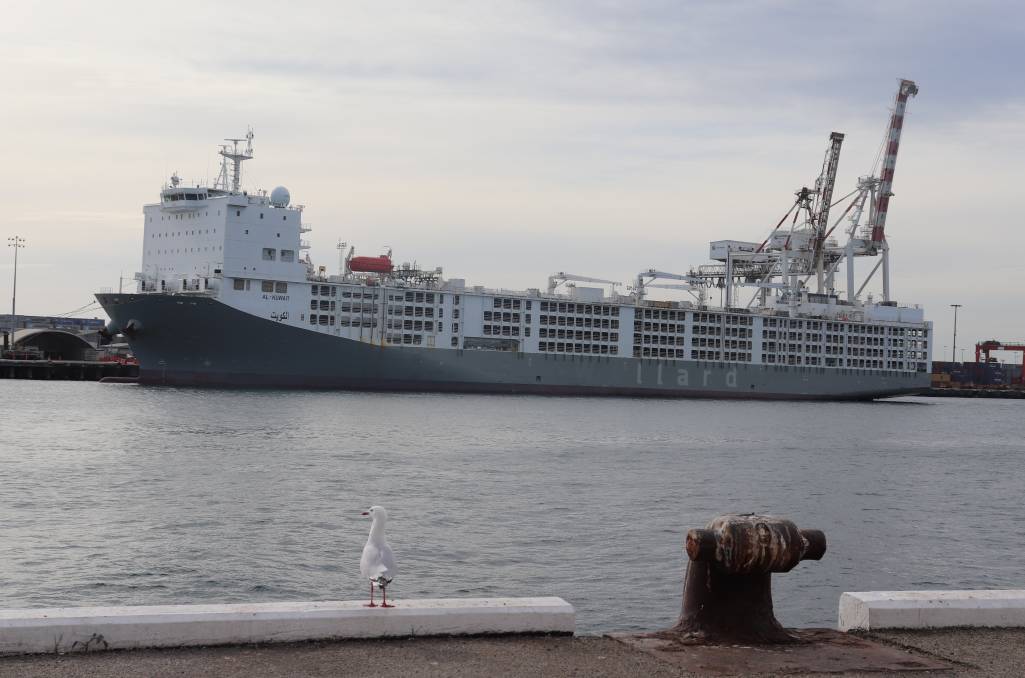 Six of the 42 crew aboard the Al Kuwait livestock vessel tested positive to COVID-19 on entry to Fremantle Port on Tuesday.

Six of the 42 crew aboard the Al Kuwait livestock vessel tested positive to COVID-19 on entry to Fremantle Port on Tuesday.

Rural Export and Trading WA (RETWA) said the vessel was due to take a consignment of 56,000 sheep and 300-600 cattle to the Persian Gulf before the three-month moratorium kicked in next Monday, June 1.

In a media statement RETWA said the Al Kuwait had "returned to Australia from the Gulf and reported that some of the crew members had felt ill with slight flu-like symptoms".

"Any of the crew members that had previously felt unwell or were showing symptoms have now been tested for COVID-19, it has been confirmed that six of the crew have tested positive and have been safely removed from the vessel by WA health authorities.

accordance with the COVID-19 protocol."

RETWA managing director Mike Gordon said the company was taking every precaution and was extremely concerned by the confirmation of COVID-19 positive tests.

"The health and wellbeing of the vessels crews remains our top priority," Mr Gordon said.

"We are working closely with WA health authorities, following their advice and ensuring the highest level care for the crew is in place.

"The crew onboard have been communicating with their families to let them know they are safe and well provided for."

On Tuesday afternoon RETWA was frantically trying to source another vessel to take the livestock that were set to load, if there's time to do so, as the Al Kuwait will most likely remain on the wharf at Fremantle until health authorities give the crew the all-clear of the virus, which could be two weeks.

If the company is unable to load the livestock before the June 1 cut off it would be a huge blow to Middle Eastern markets that have seen a reduction in chilled and frozen protein due to a reduction in air traffic, which has increased the demand for live animals.

If the company is not granted an exemption to the moratorium it is most likely the livestock would be processed locally.