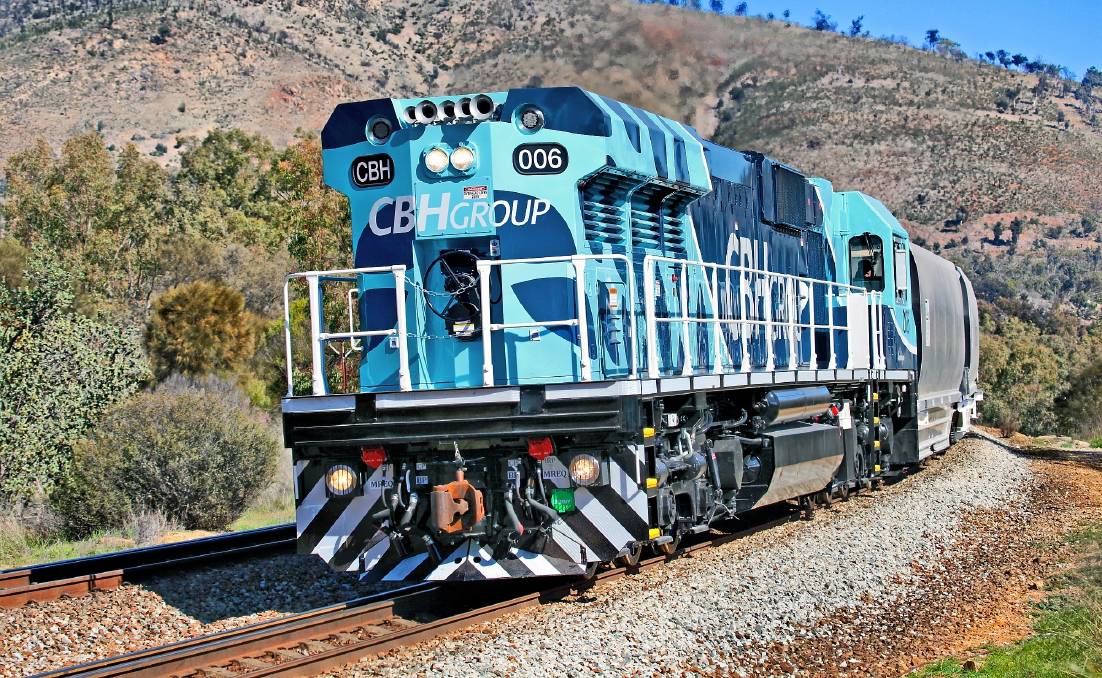 The State government is to commission an engineering report on Tier 3 grain lines that have been unused since 2013 and 2014.

It will look at the potential cost and time required to bring the lines back to operation standard.

AN engineering assessment of the condition of Western Australia's unused grain freight Tier 3 rail lines will be commissioned by the State government.

The assessment will look at the potential cost and time required to bring the grain lines back to an operational standard.

Most of the lines were built in the 1930s and placed into care and maintenance in 2013 and 2014 by the State's freight rail network operator Arc Infrastructure.

The analysis could ultimately help future potential third-party rail line users prepare access proposals to Arc Infrastructure to reinstate them and possibly form the basis of funding submissions to government to assist with that.

Ms Saffioti announced the engineering assessment in response to questions from Farm Weekly.

Her announcement followed the Labor Party's State executive the previous Friday calling on the government to commission an independent investigation of the economic and environmental impacts of the lines closure on the WA economy and its future development.

"(The State government) will commission an engineering assessment of these lines to advise on the cost and time required for potential rehabilitation," Ms Saffioti said.

"This will allow future stakeholder proposals to reopen Tier 3 lines to be considered and informed by this analysis.

"This could potentially lead to submissions to the Federal government for funding."

The lobby group had pointed out none of $868 million promised over the next four years by the Federal government for WA's transport infrastructure was, at this stage, destined for regional freight corridors.

"We had hoped the arbitration process initiated by CBH under the Railways (Access) Code, which began in 2013 and concluded in November 2019, would have led to an outcome (on reopening some Tier 3 lines)," Ms Saffioti said.

"However, CBH did not consider the costs of reopening Tier 3 lines economically viable."

When the Merredin to Trayning and York to Quairading Tier 3 lines were withdrawn from service in October 2013 and the remaining 500 kilometres were withdrawn in June, 2014, CBH Group grain trains were the only line users.

At the time, sections of most Tier 3 lines had speed restrictions down to 20 kilometres an hour and axle loading limits down to 16 tonnes imposed by Brookfield Rail because of track conditions.

Brookfield Rail, which changed its name to Arc Infrastructure in 2017, is a wholly-owned subsidiary of Toronto, Canada-based conglomerate Brookfield Infrastructure Partners which has private equity investments on every continent in strategic assets including commercial and residential real estate; passenger and freight railways; toll roads; ports; electricity generation, storage and distribution; gas distribution; water and waste-water management and selected manufacturing operations.

Last November, when CBH announced it had finally achieved an agreement with Arc to enable it to run its grain trains on 15 Tier 1 and 2 lines until 2026, then CBH chairman Wally Newman confirmed it had sought to have some Tier 3 lines reactivated as part of that agreement.

But an expected three-year time frame to refurbish the lines, the capital cost of doing that plus paying access fees to Arc Infrastructure to then use them, made the proposition uneconomic when CBH was only guaranteed access for six years under the current agreement, Mr Newman said at the time.

Ms Saffioti said the State government's Revitalising Agricultural Region Freight (RARF) Strategy is currently being finalised and identifies a list of project priorities on the Tier 1 and Tier 2 rail networks.

"CBH and Arc Infrastructure are currently working with the State government to progress business cases for some of the rail projects that are identified in the RARF Strategy," she said.

Ms Saffioti said the State's freight rail network was privatised and leased out until 2049 "by the former Court Liberal government" and the Tier 3 lines were closed and placed into care and maintenance "under the former Liberal-National government".

Arc Infrastructure, as Brookfield Rail, took full control of the freight network as operator in its own right in 2010.

The same year, changes were approved by government to the original 2000 lease agreement which, among other things, removed clauses that may have allowed the government to step in and take back Tier 3 lines in 2013 and 2014 when Arc Infrastructure withdrew them from service.

Treasury officials have since indicated sovereign risk - the potential for Arc Infrastructure to sue the current government if it moves unilaterally to take back control of Tier 3 lines that were transferred to Arc via a continuing lease agreement by a previous government - is now a major stumbling block in relation to Tier 3 lines until 2049.

In the meantime, Treasury is reviewing regulations that support the Railways (Access) Code to streamline customer access from the benchmark seven years it took CBH Group and Arc to reach an agreement.

Treasurer Ben Wyatt in February said the aim was to speed up access negotiations and to make them easier and that grain growing areas in particular are expected to benefit.

Bruce Rock farmer and WRRA campaigner Jane Fuchsbichler, awarded a WAFarmers life membership earlier this year partly for her campaigning to initially keep Tier 3 lines open and later to have them reinstated, said she was pleased the State government recognised support for Tier 3 lines.

"I am very pleased to know that the State government recognises the strong community support to see Tier 3 rail operational," Ms Fuchsbichler said.

"Membership and supporters of WRRA cross all political divides and bring together rural and city people.

"We have been pushing for an independent environmental and economic impact statement for some years.

"Like many others, I know from personal experience, the closure of rail lines means extra distance for us to deliver grain, driving past a bin on Tier 3 rail which is no longer in use, adding distance and reducing the amount of tonnes delivered each day, with the added frustration of driving over railway lines which are closed.

"It is encouraging to at last have some positive action.

"The very lengthy arbitration process was purely a business battle between Arc and CBH to reach an access agreement, with no other impacts considered.

"The confidentiality of the arbitration process added to frustrations.

"The rail lines are a State-owned asset, the management and access of which impacts on the State's economy, export industries and our communities, both city and rural.

"I congratulate Minister Saffioti on taking this first step in the right direction and look forward to working with the State government to achieve a sensible outcome for this vital State-owned infrastructure, to improve safety and efficiency and to benefit all WA citizens."