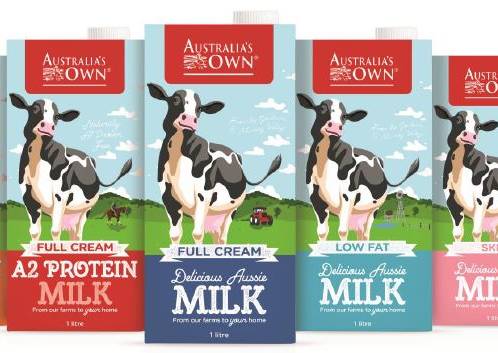 Freedom Foods has assured farmers it will honour its milk contracts, and even expand its partnerships as trading conditions improve

The chairman of troubled dairy and cereal products maker Freedom Foods has assured farmers it will honour its milk contracts, and even expand its partnerships, despite last week's shock revelations of $60 million in write-downs and ongoing forensic scrutiny of its accounts.

The company insists sales of snacks, milk and plant-based beverages are generally improving after taking a big hit during the coronavirus shutdown of cafes and hotels.

Its new high-value lactoferrin processing operation is also meeting its supply obligations to customers in the nutritional products market and had plenty of milk available to it.

Last year Freedom predicted it would process about 420 million litres of fresh milk in 2019-20 through its lactoferrin and big ultra-high temperature treated (UHT) milk product range.

Perry Gunner, who has assumed the role of executive chairman because managing director Rory Macleod is now on leave, conceded the discovery of stockpiles of outdated long life milk and other products held since 2017, plus other unexpected costs, was a "disappointing episode in the company's history - certainly not our finest hour".

Freedom Foods Group shares have stopped trading on the Australian Securities Exchange until next week and top management positions have been reshuffled following the resignation of the company's chief financial officer Campbell Nicholas.

When the share trading halt ends the investment sector is anticipating Freedom could soon opt for an equity raising from shareholders to help cover its cost blowout which includes doubtful debts likely to increase from $4m to $14m.

Mr Gunner said any extra capital required to keep the business operating would be considered while share trading was suspended, however he pointed out major shareholder, the Perich family, continued to "totally support" Freedom Foods.

Raising extra capital from other investors could pose some challenges, however, given some have already strongly vented their surprise and unease about Freedom's failure to identify, or adequately warn the market sooner, of its financial and management troubles. 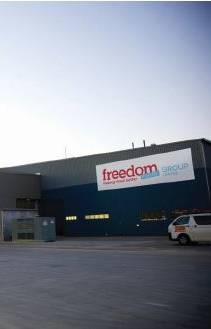 "I don't understand, when you have so many expert directors, how it got to this state? We're talking about three years?" said one shareholder quizzing Mr Gunner during an emergency investor briefing late last week.

"I'm sorry to say it looks like you've been asleep at the wheel," he said after Mr Gunner reported the backlog of unsold inventory.

Dairy product, packed and labelled for specific customers, but unable to be sold, had been warehoused in expectation of being reconstituted for different end uses, including milk powder.

Last week Freedom revealed large volumes of unsold stock in five external warehouses had been identified when it began consolidating inventory into its own storage facilities.

Mr Gunner said the ultra-high temperature treated (UHT) packaged milk was, however, costly to retrieve from its cartons and did not "justify the protein or the value of the milk power you would obtain from doing it".

"There was a hope, but I think the practicality and profitability of it is not there," he said.

Another investor noted the discovery of $60m in written-off stock suggested "something's not right with your stocktake system, or maybe you're not doing stocktakes regularly".

Mr Gunner said it wasn't the role of board directors to go out and do stocktakes and directors had trusted what employees had said "was an audited figure".

Sales are improving particularly in the out-of-home areas as more places where people drink coffee come online ... the impact is much less than it was in May - Perry Gunner, Freedom Foods

He emphasised none of the write-down or inventory issues were impacting on Freedom's operational performance.

"It is tracking as one would expect in current economic conditions," he said.

"Sales are improving particularly in the out-of-home areas as more places where people drink coffee come online ... the impact is much less than it was in May when we last made an update."

Mr Gunner assured all customers, "particularly dairy farmers who provide us with the top quality milk that ends up in our products in retail outlets and in our milk brands" Freedom would continue to stand by them.

At the same time he said the company's long experience in the expanding plant-based beverage and protein market made it a key to developing its markets, particularly in China and South East Asia.

The company this week confirmed about 60 job losses relating to COVID-19 cuts to business and efficiency initiatives in the past month had primarily been at corporate service level and at its Leeton cereals plant, not the Shepparton milk factory.