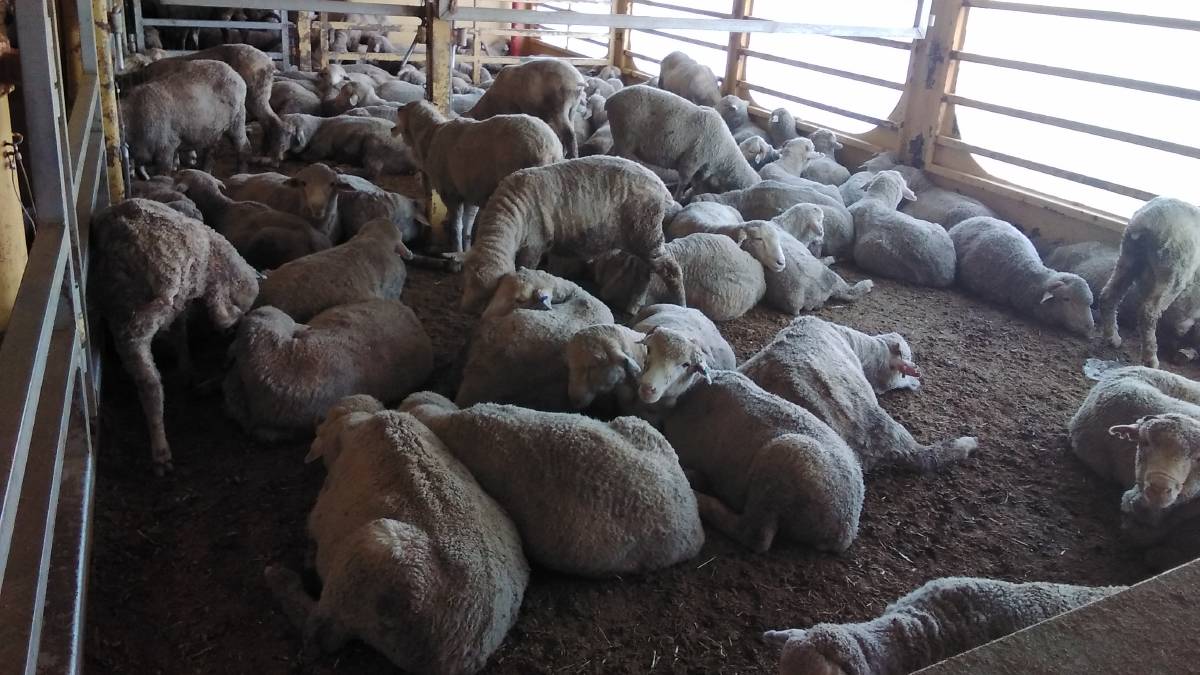 Some of the 35,000 sheep onboard the Al Kuwait that arrived in the Middle East late last week.

The last of the sheep were unloaded in Kuwait on Friday morning, with only 28 sheep mortalities - or 0.08 per cent - recorded.

The Al Kuwait was granted an exemption to depart WA after the June 1 northern summer ban, after the original shipment of 56,000 sheep was delayed in May when more than 20 crew contracted COVID-19 following a voyage from the United Arab Emirates.

The departure was further delayed by a last-minute appeal against the exemption by Animals Australia, which subsequently failed in the Federal Court.

The voyage departed Fremantle in cool conditions with 35,000 sheep onboard.

"We accepted this consignment would incur significant financial losses due to an additional USD $90 a head costs," Mr Boodai said.

"Kuwait's people, like Australians, are not travelling as they normally would during this time of year, which has led to increased domestic demand for fresh food.

"Air freight carcases have been significantly reduced during COVID-19, further increasing the importance of this voyage."

RETWA managing director Mike Gordon said the exemption would not have been pursued if the science was not available to support good animal welfare outcomes.

"The comprehensive exemption process was drawn out," Mr Gordon said.

"The additional conditions added by the regulator created significant challenges to ensure confidence in the welfare of the livestock, which RETWA was able to fully comply with.

"We were disappointed with the last minute and unsuccessful appeal by activists against the exemption.

"This is another unfortunate example of attempts to disrupt the industry, paradoxically putting animal welfare at risk."

Forecasts and daily reports were reviewed regularly by an independent panel of experts which included a meteorologist, animal physiologist and animal behavioural experts.

The voyage forecasts and conditions aligned with exemption predictions and science referred to in the exemption application.

RETWA said there were no reported mortalities associated with heat stress, but instead they were due to various causes including pneumonia, infection and injuries.

They said as anticipated, WBTs were elevated during the transit of the Straits of Hormuz and entry to the Persian Gulf, but the majority of sheep had increased respiratory rates to regulate their body temperatures.

"These respiratory rates rapidly decreased as the vessel entered cooler waters typical of the northern parts of the Persian Gulf with a dry heat and lower WBTs," Mr Gordon said.

RETWA said the veterinarian and stock people on board reported a successful voyage and good welfare outcomes.

They said there was significant handling of livestock prior to loading to meet additional regulatory requirements, which led to an increase in the number of animals requiring veterinary treatment early in the voyage.

KLTT currently has three livestock vessels approved for export of livestock from Australia.

"This is a tremendous outcome from the crew of the Al Kuwait, and exporter RETWA, both of whom worked tirelessly to ensure the health and welfare of the 35,000 sheep exported to Kuwait," said Pastoralists and Graziers Association of WA (PGA) president Tony Seabrook on Monday.

"Forecasts and daily reports were reviewed regularly by an independent panel of experts including a meteorologist, animal physiologist and animal behavioural experts," he said.

"The PGA has continually advocated that a sensible approach to live exports, based on good science around loading and welfare heat stress management supports good animal welfare outcomes."

Mr Seabrook said the Al Kuwait crew and management of WA based exporter RETWA have done an excellent job in what was an exceptional circumstance due to COVID-19, and "we commend them on their success".