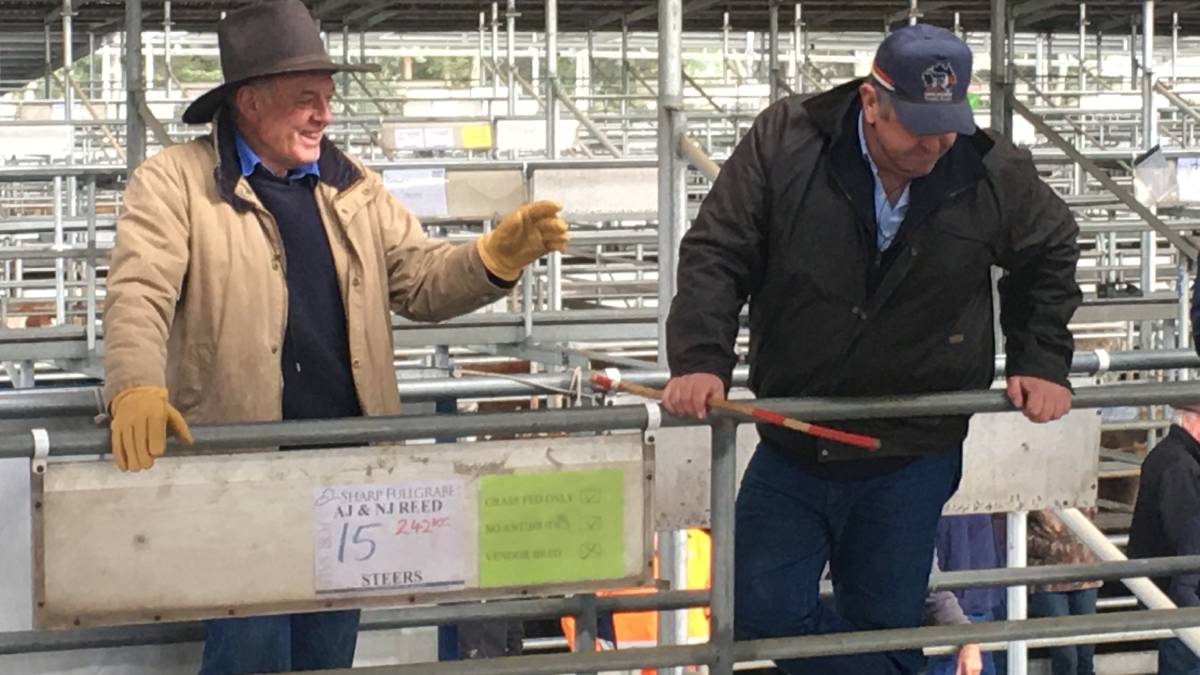 Restockers still in the hunt but volatility is growing

ONGOING low supply and useful pockets of rain has kept the cattle market tracking sideways this week but all talk now is around the likelihood of prices softening.

While the rainfall event wasn't the classic east coast low hoped for, handy falls through NSW's central west, Monaro and south coast, and the north east of Victoria, plus a little bit on Queensland's Darling Downs, have kept restockers in the hunt.

It also likely contributed to volumes yarded coming back and agents say that has underpinned the market amid plenty of uncertainty.

In the south, the impact of Victoria's largest abattoir being shutdown after a COVID outbreak has not yet been felt but most believe it will be enough of a catalyst to see prices probe south across the state, at least in the short term.

Add to the mix the potential for the movement of cattle to be compromised by border closures and its seems inevitable the southern market will have to take a hit, although agents say prices have defied volatility factors all year.

Graeme Nicholson, Elders Ballarat, said the scarcity of cattle on offer and the best autumn in years has kept demand red hot even though most people consider the market has been unsustainable for some time.

Pregnancy-tested-in-calf cows and cows with calves at foot increased $234 and $333, highlighting continued restocking demand. Western Queensland dominated the listings with 2,427 head offered and the NSW North West Slopes and Plains was the largest purchasing region.

"So far, there has been enough uncertainty to stop prices rising but enough demand to stop them tanking," he said.

The Eastern Young Cattle Indicator is sitting at 745 cents per kilogram carcase weight, down 7c on a week ago but still 226c above year-ago levels.

A softening of the market, while never good news for producers, should be kept in perspective - the EYCI was still historically high, Mr Dalgleish said.

And easing livestock prices would certainly provide some breathing space for processors, who are largely running reduced shifts as double-digit year-on-year declines in slaughter rates continue.

The threat of more abattoir closures on account of virus outbreaks is also hanging in the background.

While processor sector leaders have emphasised the unlikelihood of Australia going down the same path as the United States, the livestock price crash that came on the back of American packer closures was devastating and would have to be in the minds of some vendors weighing up whether to offload now or hold a while longer.

Northern NSW agent Terry Pyne, CL Squires at Inverell, said the scarcity of restocking cattle was still having the most dominant effect on the market.

New England producers were buying out of Southern Queensland down to Victoria in order to meet their requirements, he said.

"We have bought a lot of replacement heifers out of Victoria recently and will continue to do so," he said.