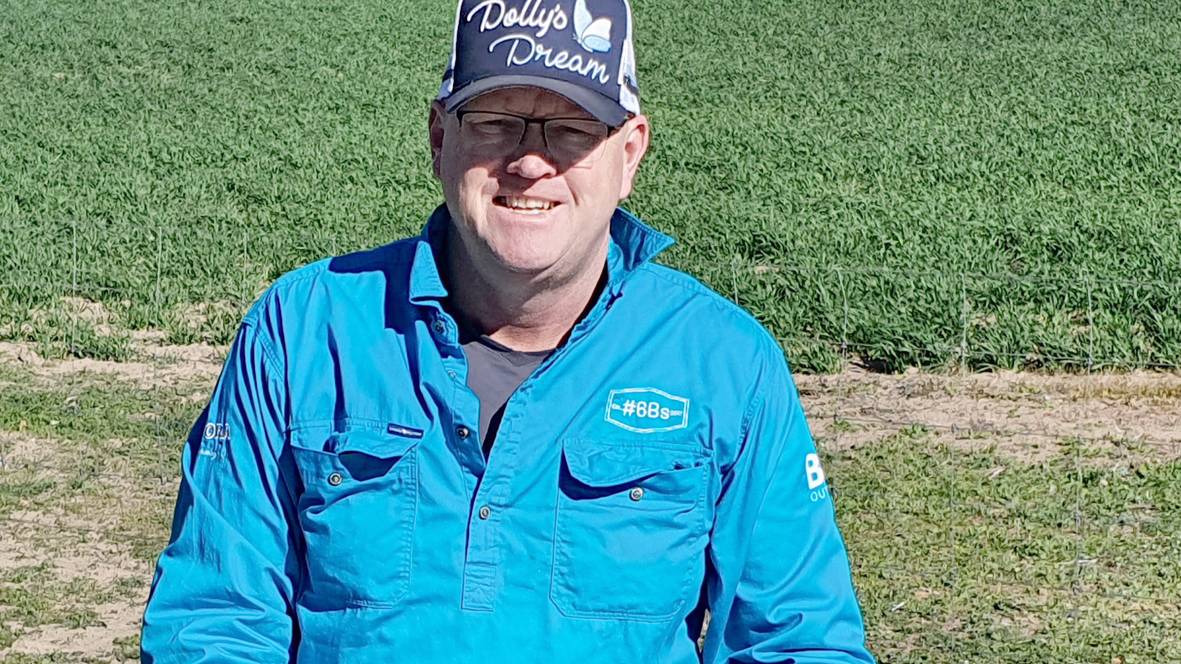 Watheroo farmer Brad Millstead with the #6Bs pannikins that are in demand.

"It's important to check in on a mate, ask them how they are going & offer support."

WE are only in July but it's a fair assessment that most people can't wait to see the back of 2020.

Globally it has been a tough one with COVID-19 dominating conversations and news headlines and here in Australia the arrival of the pandemic was on the back of droughts, flooding, bushfires and other farming challenges.

This, along with social isolation, can wreak havoc on a person's mental health.

And this is why it is important to check in on a mate, ask them how they are going and offer some support - something a growing number of organisations such as the #6Bs movement are doing.

#6Bs was formed from humble beginnings by Watheroo farmer Brad Millsteed in 2017 when he hosted an evening for local blokes to stand around a bonfire, have a barbecue and talk to each other - with the 6Bs recognising blokes, barbecues, bonfire, beers, bonding and bullshit.

It also represents the six blokes on average who lose their lives to suicide in Australia each day.

From there it has grown with events being held across the Wheatbelt, providing an avenue for blokes to catch up with others who might be going through the same thing - with the hope that they will open themselves up and talk more to each other.

Much of the marketing for #6Bs has been through social media and highlighted by blokes sharing images of their #6Bs pannikins (metal cups).

The pannikin was chosen as it was a lot like blokes - being as hard as nails, having a strong exterior, but that it could be dropped, dented and chipped - and despite all this could still be used.

Brad summed it best by saying "if the dent is bad enough, that can be fixed and brought back into shape".

More than 500 branded pannikins have made their way all around WA and provide a fun talking point for a serious message.

He said they were not trained counsellors and not professionals, but they were blokes.

That is very much the reason for its success, as there is no agenda or platform, just an opportunity for blokes to get together, remember how to be blokes and to have a chat - and if they want to - to open up.

Brad said it was important to just be a bloke, something that was made harder by dwindling populations in rural communities and less sporting and social opportunities available.

In his own community the only sporting option now for local men is the golf club, but he recognised that not everyone was into golf, let alone sport.

The mechanisation of many farming businesses is also another driver of social isolation - with the modern farmer able to do more on his own than his predecessors, meaning reduced opportunities to talk to fellow blokes.

The pressure is real.

The threats are real.

And the statistics are frightening - with too many people losing the battle and taking their own lives.

Any platform that encourages blokes to catch up, have a chat and hopefully lessens their emotional burden is a good thing and is worthy of support.

Another #6Bs event is planned for Bolgart for August - for more information check out #6Bs on Twitter.

STILL on the mental health theme, grants of up to $20,000 are available for regional organisations to support mental health projects for their local communities.

Funds are for projects that will improve the mental health of people in regional, remote and rural locations by reducing social isolation, increasing social participation and connectedness and increasing access to help for those who are at risk or are experiencing mental health issues.

For more information see the full story on page 11 of the July 16 edition of Farm Weekly.

TO say there is renewed interest in who will serve on the CBH Group board for District 4 is an understatement.

When an election for the vacant seat was held earlier this year it was only contested by two growers - then CBH Group chairman Wally Newman and Shane Carruthers.

History now shows that Mr Newman resigned from the board after being replaced at the helm by Simon Stead and there was plenty of hype when fellow District 4 director Trevor Badger was voted off the board at a special general meeting, leaving the district without representation.

Now the race is on to fill one vacancy in the district and six candidates have thrown their hat into the ring.

Given all the controversy around CBH this year it will be interesting to see how high the voter turnout will be.

Votes need to be cast prior to the close of the poll at 10am on August 7.