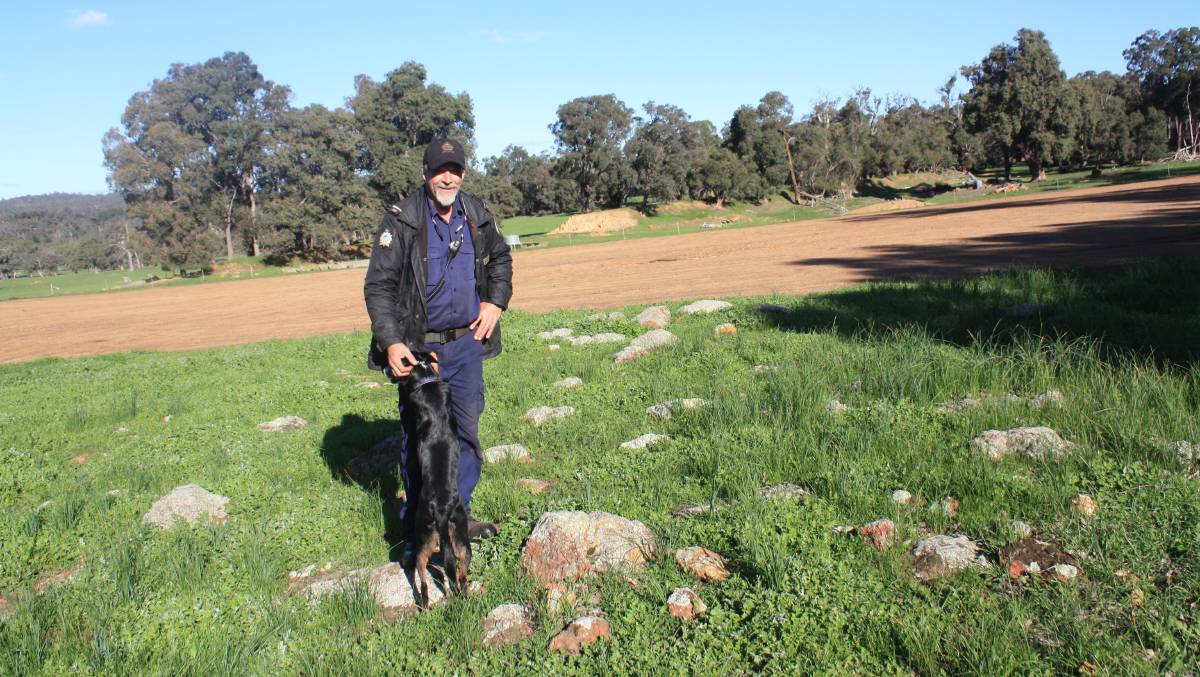 It may not seem much but bringing two paddocks of land back into productivity is significant for Wooroloo Prison Farm manager Dave Traylen.

IT may not seem much but bringing two paddocks of land back into productivity is significant for Wooroloo Prison Farm manager Dave Traylen.

After watching a demonstration of a Rocks Gone Reefinator on a neighbouring property in Chidlow, Mr Traylen instinctively knew he had found the machine that would increase the farm's cropping program.

"We've got about 640 arable hectares but we can only crop 130ha because of rocky outcrops that make it impossible to get a seeder through," Mr Traylen said.

"It was self evident to me when I saw the Reefinator we could do something that gave us more cropping area and the extra 20ha we've done this year, by taking out the rocky patches, will produce hay conservatively worth $36,000.

"The bonus is that land is now productive for life.

"The Reefinator has crushed the coffee rock into conglomerate soil and with cropping, we'll have some beautifully structured country that will hold the rain and drastically reduce any run-off on the hilly slopes."

Mr Waylen contracted Rocks Gone to 'reefinate' the 16ha last month, with a H4 Reefinator and based on the result he would like to see it do more work in the future. 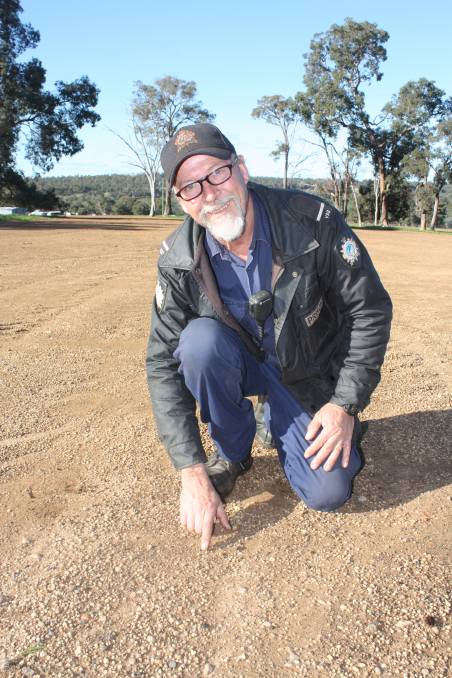 "Initially I'd like to do another 70ha to free up another three paddocks we've never cropped before and maybe extend the cropping program out to about 750ha down the track,'' he said.

"It could take two or three years to achieve but the value would be there forever.

"From this exercise, we've killed weeds and prepared a seed bed, saving on spraying and cultivating costs.

"In the past I've tried a roller to flatten the dirt but it couldn't crack the submerged rocks like the Reefinator can.

"In one instance I dug a pit and buried the rock but that's far from satisfactory."

The Reefinator took an average four passes to crack, pulverise and press material into the soil.

Then worked ground was rolled, scarified and seeded (with a 28-row Duncan Renovator) and rolled.

The H4 model is Rocks Gone's hydraulic Reefinator, which is fitted with four leading tynes and five at the rear with a new cable-suspended levelling blade that, in operation, levels the soil and crushes rock as you go.

The following ribbed drum (which weighs 30 tonnes when full of water) and the arms are the same design as the previous model.

The cable design was the preferred option to prevent undue stress on the hydraulic cylinders, while the tynes are hinged on cast steel housing with a 55 millimetre pin.

"The shear pin in the 300 Series had to be designed to break but you could get up to 22.5 tonnes before it broke," said Rocks Gone director and Reefinator inventor Tim Pannell. 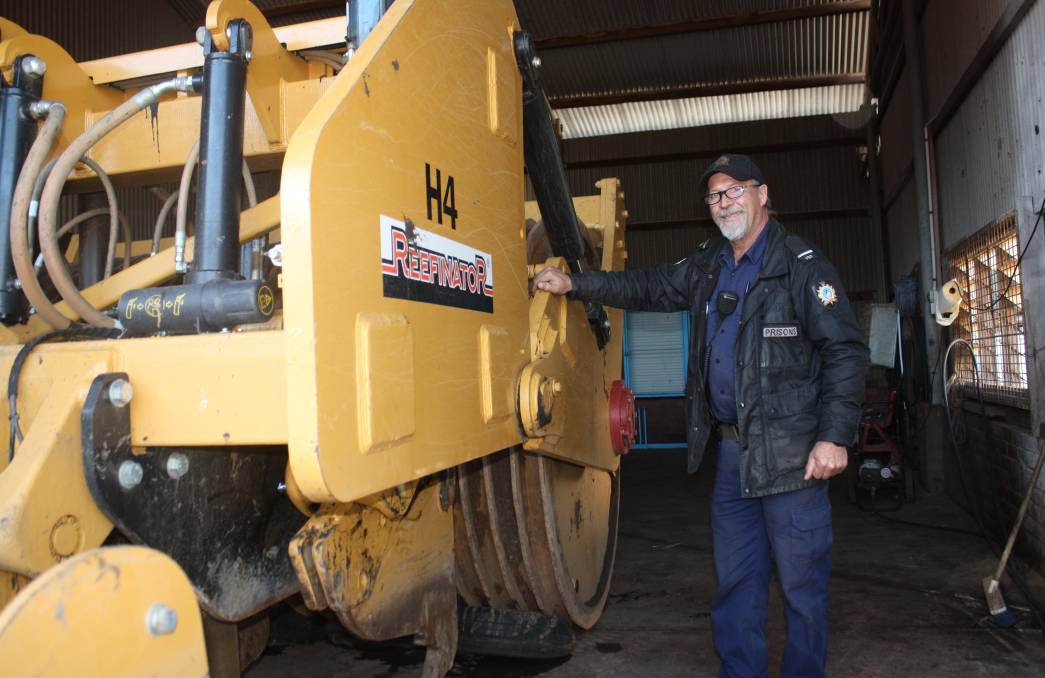 The Rocks Gone H4 Reefinator was back in the Wooroloo Prison Farm workshop last week as company staff went through a maintenance schedule after a 16-hectare program taking out patches of rocky outcrops. "It did a fantastic job," Wooroloo Prison Farm manager Dave Traylen said.

"With the hydraulics you don't need the shear pin because it's a live action process with give and take."

The hydraulic system features a 32 litre accumulator designed to handle up to 3000psi pressure but Mr Pannell said the working pressure range was generally 1000-1500psi.

"Pressure can ramp up quickly and with smaller hoses, oil can't escape fast enough from the cylinder," Mr Pannell said.