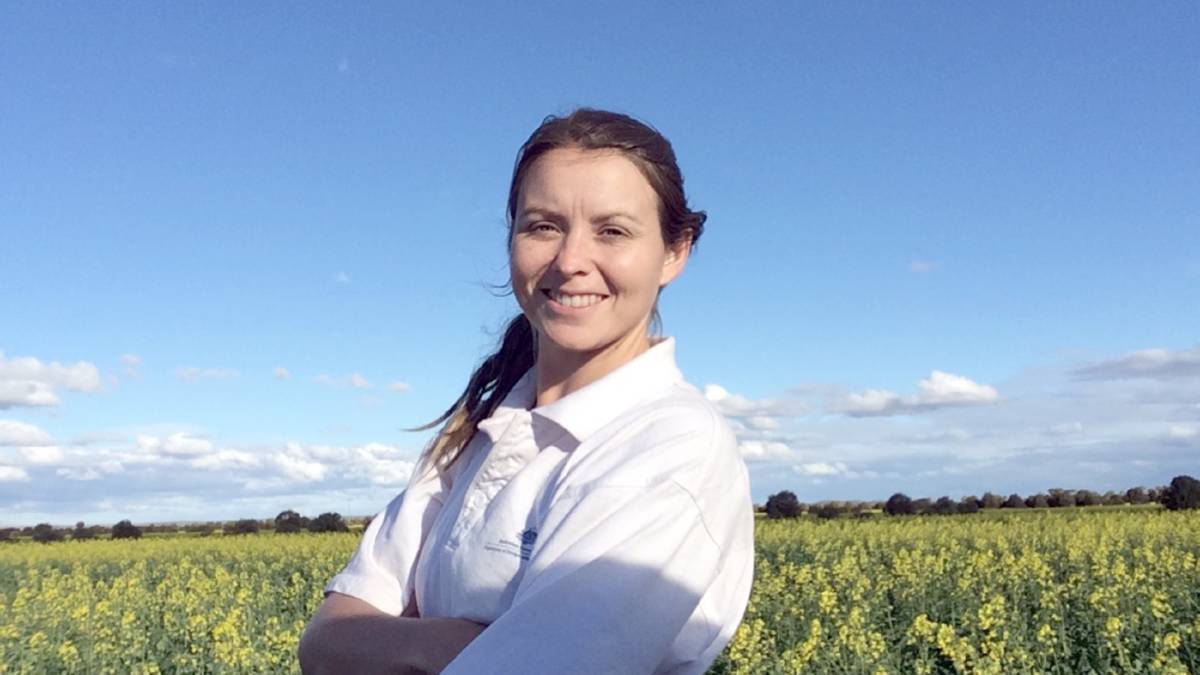 Little has been done in shifting traditional patterns of patrilineal farm succession.

WHILE the agricultural industry has made great progress in advancing women in the workforce, little work has looked into shifting traditional patterns of patrilineal farm succession, which act as gender barriers for daughters growing up on farms.

That's according to a new report by 2017 Nuffield scholar and Morawa farmer, Katrina Sasse, who investigated the position of daughter successors in United States, Canada, the Netherlands, Germany and Denmark - a study that was motivated by her own keen interest as a daughter successor and desire to help women in Australia find a pathway back to the family farm.

It's an unfortunate fact that in rural communities some people continue to view daughter successors differently to sons and more needs to be done to empower young women to remain in family farming operations.

"I felt that initiatives for empowering women in agriculture in Australia were too often tailored in their language for women as partners to be a farmer and none were focusing on encouraging daughters as farmers, especially when it came to discovering ways for women to remain in farming through family farm succession," Ms Sasse said.

Speaking to daughters, their parents and partners, agribusiness consultants, academics and private and public sector managers, Ms Sasse aimed to understand the common characteristics of family farms where daughters were highly engaging in farm succession planning.

"There was a high usage of family corporations and family trusts, and they were well ahead of the curve in tax planning and the inclusion of advisers and a board of management," she said.

"These avenues allowed women to work alongside their parents or their brothers, but I saw many cases of daughter successors going out alone.

"There was a high usage of contract farming in USA and Canada where daughters were ramping up contractor fees in order to minimise machinery costs, more women were focusing on value-adding and managing herds of animals, or liked to be focused on the agronomic side of farm businesses.

"Daughter succession is still the 'anomaly' than the norm in all countries, so my report speaks of the need for a paradigm shift in agriculture involving structural changes to the way people think and make decisions about succession."

Ms Sasse said in order to see a meaningful change, more needed to be done to inform parents and farm advisers on this issue, so as to encourage, not deter daughters.

The need for diversity in business leadership has become a common discourse across most industries, including agriculture, but Ms Sasse said granting women access to farming was still lagging after a long history of being inadequately recognised as successors simply because of their gender.

"Women have been fighting for a long time to return to the family farm and has their worth as farmers not been taken into account?" she asked.

"Australia, like the rest of the globe, has a long way to go in order to correct the long history of patriarchy within succession management where daughters have been missing out.

"The time is coming as we start to see a change and shift towards an even plateau, mostly helped by parents whom are enabling both sons and daughters to feel they are capable of returning to the farm without these power structures and barriers."

Ms Sasse said this would in turn lead to more profitable, efficient farm businesses as the strengths of both sons and daughters or males and females running the farm would complement each other and lead to a better and fairer future for all.

"Daughters are an untapped resource in family farming," she said.

"Many of the female successors I met had very strong credentials in terms of higher education, agricultural experience and business and technological skills, which often set them apart in their industry and local communities.

"For the first time in history we are seeing women take over multi-generational family farms, but there are still discrepancies in the socialisation patterns of boys and girls in farming communities.

"Pigeonholing women into categories such as a farmer's wife or daughter-in-law perpetuates the gender bias in rural communities."

Ms Sasse said this paradigm shift needed to start at the grassroots level, by changing the way people think and make decisions about farm succession, both at home and in the community.

In April, Southern Brook farmer Ty Fulwood took to Twitter to ask female farmers to share a message with his daughter Sylvie about how being a girl doesn't stop her from being a farmer.

Mr Fulwood was overwhelmed by the support and his post went viral, but three-year-old Sylvie's perception that although she wanted to be a farmer but couldn't because she was a girl, demonstrated how patriarchal ideas can be implanted in young girls' minds from an early age without their parents realising.

Ms Sasse's research looked at the Swedish pre-school education system, which believes that parents and educators are often deeply entrenched in systems of gender stereotyping, which is where children are socialised to believe such things.

"There is a presumption that adults give differing treatment to boys and girls without realising it," she said.

"A teacher may greet a little boy with 'what have you been up to?' versus when they see a little girl and say 'that's a pretty dress, you look like a princess'.

"Focus needs to be on the language used around children and greater awareness for teachers, especially rural teachers as it shapes how children perceive themselves in society."

"Children are listening and trying to make sense of the world around them and they predominantly listen to their parents, teachers and television," she said.

"Adults must be conscious not to make gendered comments around children."

Fortunately Ms Sasse said that daughters generally only felt external barriers in farm succession, such as attitudes of others or less opportunities and she found little evidence that daughters were being held back from internal hurdles, such as self doubt.

"Daughters were often very confident and very capable women, with very little self doubt," she said.

However Ms Sasse said that women were challenged by trying to balance their home life with working on the farm, particularly around raising children - a barrier that is common across most industries and overwhelmingly impacts women.

In her report she advocated for extending the working holiday or seasonal 'specified work' criteria to encompass au-pairs on farms.

"This would allow the industry to progress to more women being able to take on greater responsibilities within their farm business as active contributors, successors and leaders," Ms Sasse said.

She found the most common roadblock facing daughters in succession was the limitless material on succession that targets the son and daughters-in-law scenario.

"None I have found speak of daughters undergoing succession and so this requires immediate attention by advisers," she said.

"Often advisers are too well-ingrained with the patriarch perspective.

"Families and consultants today have very little information as to base their argument off when trying to encourage daughters on succession.

"So that is why I suggest a workbook for women and succession which uses the right language and more industry dialogue on this issue."

Ms Sasse's most interesting finding was that daughters have been entering into family farm businesses in a new way.

"Daughters are buying a proportion of the share of their family farm company, much the same way a person pays off a mortgage," she said.

"So every month, they're increasing their proportion of the family farm.

"I found that to be a really nice example of something that is working well for women internationally."

In terms of what could be done next in this space, Ms Sasse suggested researching the potential for women, particularly daughter successors, to diversify family farm businesses, lead in value adding and progress Australia in multifunctional agriculture.

"Multifunctional agriculture in times of economic uncertainty and trade challenges could provide alternative sources of income, profit streams that may enhance farm businesses and make us less prone to risk," Ms Sasse said.

"We have become too focused in volatile commodity markets."