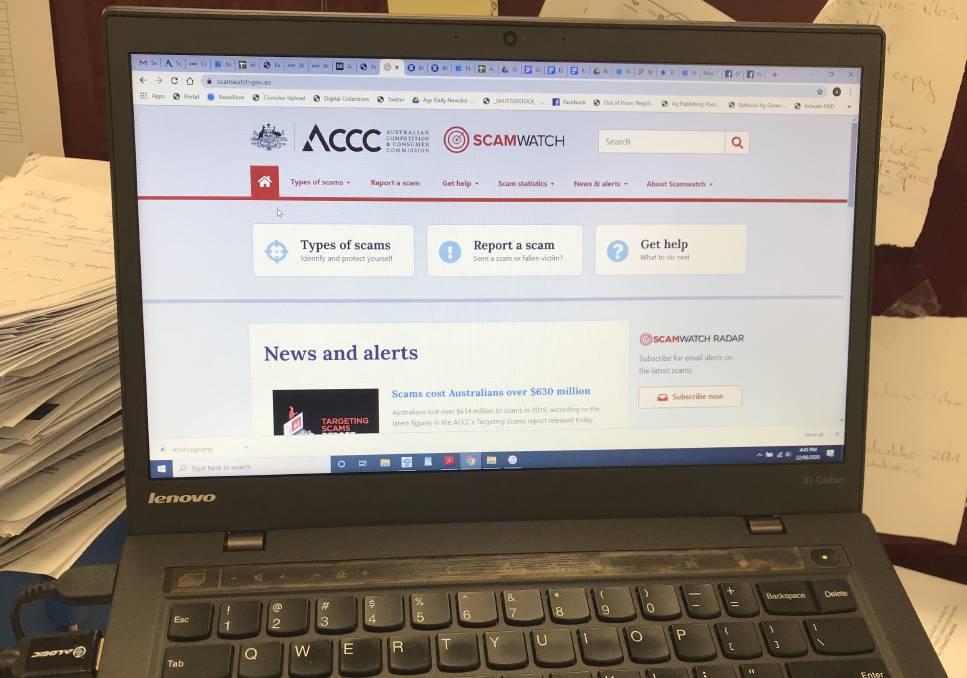 The ACCC's Scamwatch has warned losses from scammers pretending to work for the government are likely to be far greater than reported.

Scam callers and messages impersonating government officials have stolen more than $1.26 million from unwary recipients in the past six months according to figures reported to the Australian Competition and Consumer Commission.

The ACCC's Scamwatch received 7100 reports and warned, in reality, losses were likely to be far greater.

Scams included text messages claiming to be from myGov or from agencies claiming to help victims gain early access to their superannuation.

"Both scams can be quite convincing and can lead to significant financial losses or even identity theft," she said.

Victims received robocalls from scammers pretending to be from a government department, such as the Australian Taxation Office or Home Affairs Department claiming something illegal, such as tax fraud had been committed in the victim's name and they should "dial 1 to speak to an operator".

Scammers then tried scaring people into paying money, even threatening arrest if they refused.

Phishing scam victims received bogus emails or texts supposedly from government departments, such as Services Australia, requesting personal details to confirm their eligibility for payments, or because the person may have been exposed to COVID-19.

Do not respond to texts or emails as the scammer will escalate their attempts to get your money - Delia Rickard, ACCC

The emails and texts generally included a link and requested personal details such as a tax file number, superannuation details or copies of identity documents.

"Don't click on any hyperlinks in texts or emails to reach a government website. Always type the address into the browser yourself," Ms Rickard said.

"Do not respond to texts or emails as the scammer will escalate their attempts to get your money."

"If you're unsure whether a call is legitimate, hang up and call the relevant organisation directly by finding the details though an independent search."

She also noted government departments would never threaten phone call or email recipients with immediate arrest or ask for payment by unusual methods such as gift cards, iTunes vouchers or bank transfers.