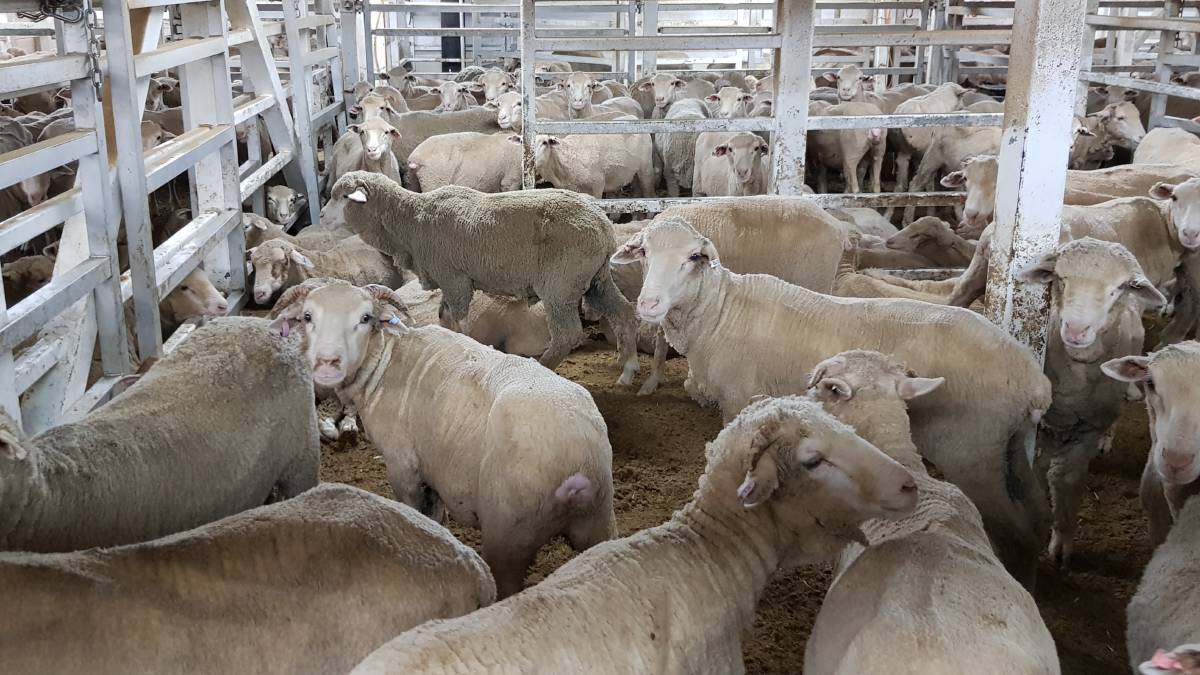 A decline in numbers was recorded in all Middle East markets & Malaysia.

In the June, MLA monthly trade summary, the number of live sheep exported from January to the end of June dropped 17 per cent on 2019 figures to a total of 581,911 head.

A decline in numbers was recorded in every market in the Middle East as well as Malaysia.

The 2020 figures for the first half of the year are the lowest seen in that time.

The largest decrease in market was from Israel, which declined by 68pc to just 13,979 head on last year.

The United Arab Emirates was also down by 48pc on last year's figures to just 29,000 head.

Qatar also dropped by 29pc to 160,000 - this was mainly due to slaughterhouse and feedlot facility closures which created some uncertainty around live animal supply.

Turkey continued to be out of the picture, with no change in its policy from early 2019 to not take feeder cattle or sheep from Australia.

Australian Livestock Exporters' Council chief executive officer Mark Harvey-Sutton said when weighing up seasonal conditions and what the market was doing it wasn't a bad result.

"There has been a deviation," Mr Harvey-Sutton said.

"That was not expected but we don't expect global demand for sheep to decline.

"We are talking about food security for these countries and these live export figures are not reflective of the global demand.

"Middle East countries have had air freight constraints and there has also not been as much chilled and frozen meat taken across.

"The figures show the resilience of the industry and why it was deemed an essential service and allowed to continue during the past few months of COVID-19."

Mr Harvey-Sutton said the figures were also at a time when seafarers were being affected by the lack of ability of crews to dock and disembark or change over at ports around the world.

He said "seafarers are the unsung heroes of the pandemic - keeping supply chains going".

"We have focussed on ensuring that we have market access to countries where there is a demand and that the trade is able to operate," he said.

"So far we have been able to do those things.

"It has continued unfettered and has been very pleasing."

Mr Harvey-Sutton said work was underway between the Australian and Saudi Arabian governments to reopen the market for live red meat exports and he was hoping a positive decision would be announced in the next few months.

A RETWA spokesperson said Kuwait was expected to run out of sheep in the near future due to the delays and reduced consignments which occurred in Australia this year, as well as because of an injunction placed on the Al Messilah by animal activists in South Africa, delaying a consignment of 70,000 sheep.

The company was positive that the court case would be resolved soon and the sheep would be exported to Kuwait in time for the religious festival season.

It has also struggled to source fresh and boxed meat via air freight due to the reduced number of flights due to COVID-19 restrictions.

The spokesperson said to expect RETWA to be looking to source enough sheep for a consignments from October-December to restock numbers.

Farm Weekly understands that a scientific study is underway on 100 sheep that were aboard the Al Kuwait livestock vessel which departed Fremantle after an exemption was granted by the Independent Regulator for 33,341 head in June to be shipped to Kuwait.

The vessel arrived during the northern hemisphere summer in the first week of July with a record 99.9 per cent delivery success rate.

The study undertaken by The Livestock Collective in connection with Rural Export and Trading WA (RETWA) and its Kuwaiti parent company Kuwait Livestock Transport and Trading, tracked the heat stress of the sheep on board and has been monitoring them while in the Kuwaiti feedlot for the duration of the northern hemisphere summer.

No sheep died on the voyage due to heat stress, despite warnings from activists.

The aim of the study is to better understand the impact of heat stress on the sheep during voyages at this time of year, and while in the feedlot.

According to RETWA, so far the results appear positive with only a small percentage of sheep open mouth panting during the one day of travel through the Straits of Hormuz, and no signs of heat stress in the feedlot.

A full report is expected to be provided to the Independent Regulator when completed to assist in its decision making on the trade during the July-September period in which the pause in trade has been regulated.

The industry hopes that providing accurate data on heat stress will help to clarify the issue for all involved and help with decision making at a regulatory level.