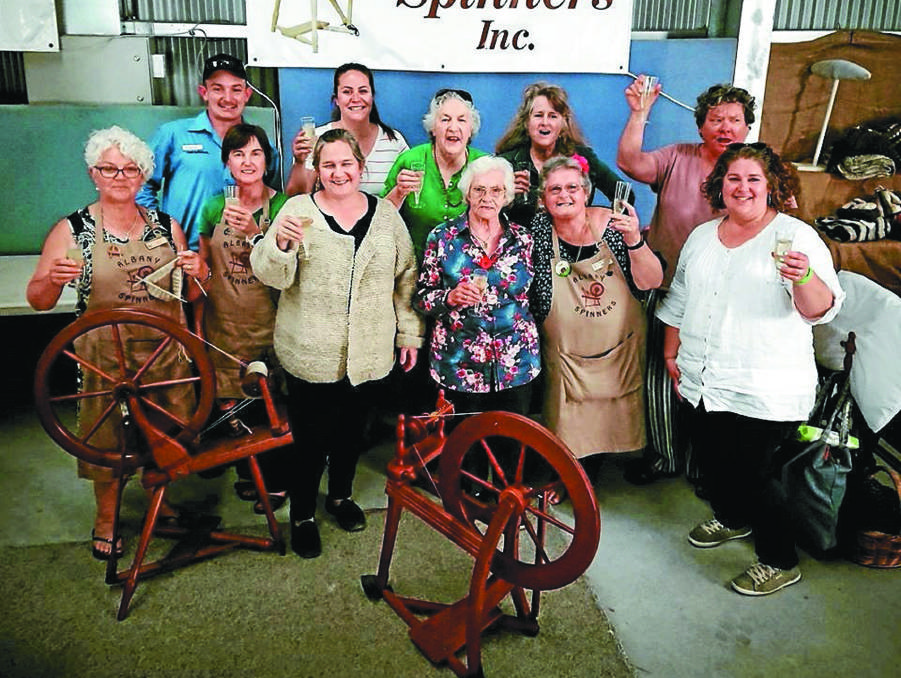 Merino wool is their preferred yarn of choice.

THERE'S a group in Albany that loves to spin a string or two of yarn.

Wool spinning is a centuries-old tradition that has been a method of manufacturing garments since the Common era began.

It's a tradition that the Albany Spinners are passionate about keeping alive.

While the number of spinning clubs has declined in the past few decades, the Albany Spinners has a keen membership of about 40 people, aged from people in their 30s to their 90s.

Karl and Maureen James, Albany, are lifetime members of the club and have been spinning for 35 and 37 years, respectively.

Mr James is also one of two male members.

"It's great to have a mix of people of different ages and backgrounds because it makes for different conversations and a nice social environment," Mr James said.

While the intention is to meet weekly on Thursdays at the Vancouver Arts Centre to spin, knit, weave and crochet together, many people, especially the elderly members, just love the social aspect of the club and in that respect can spin a yarn just as much as the younger members.

Having a place and people to socialise with was the premise behind how the group began in 1969.

Vinnie Bircher was a farmer from Manypeaks who was grieving after the loss of her child when her mother-in-law visited from the Eastern States. A drum carder and carding brushes are used for brushing raw or washed fibres to prepare them as textiles to be spun into yarn.

She could see Vinnie needed some help and thought a hobby could help, so she brought a spinning wheel over from the east and encouraged her to invite some friends over to the shearing shed because she had something to show them.

Over time spinning gained traction and there were clubs in most country towns which have dwindled down, but Mr James said the art was appealing to younger people.

With the younger generations being more socially and environmentally conscious, as well as wanting to know the story behind the products they buy, perhaps spinning will be the next hobby to trend on social media by millennials.

Mr James said the whole process of spinning the fibre, washing it and knitting with it to create something personalised was very rewarding.

"I remember my first jumper I made - I followed a pattern and didn't know what I was doing and before I knew it I had a jumper," he said.

"A hand-spun garment lasts for 20-30 years and feels a lot different to a commercial one - it has life in it.

"I love using Merino, I prefer it over other yarns - garments just drape really well and it's very good quality.

"It's also very strong, almost as strong as silk." 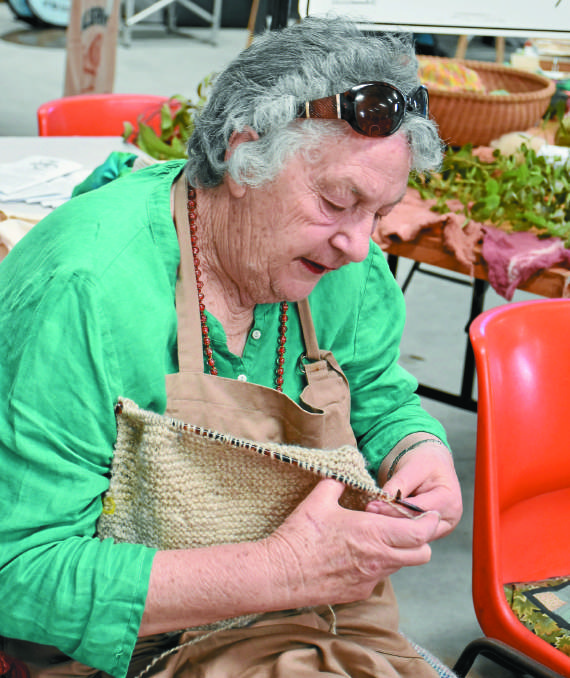 Anne Radys is one of the members of the Albany Spinners Club.

Another lifetime member and Albany resident, Sue Ficko, said having a group where people could go, be creative and chat was a great way to promote mental health and wellbeing.

"It's good to be with like-minded people who enjoy the same thing as you," Ms Ficko said.

"It's good for mental health and it's really great for some of our older members who don't spin or knit anymore, but just like to talk.

"We have lots of fun and laughs together and we love to welcome newcomers."

The group is very open to newbies who want to finesse their skills or even learn how to spin or knit for the first time and members were reassuring that it doesn't take too long to learn how to spin.

The spinning process begins with the raw fleece, whether it be sheep, alpaca, goat etc, although some prefer to wash it before they begin.

To prepare the wool, it is combed/brushed so all the fibres are in one direction.

Then the spinning wheel twists two (or can use three) ply together in the opposite direction and the thickness depends on personal preference or what the garment requires.

The length of time spinning depends on whether raw or pre-carded fleece is being used, as well as how much yarn is needed.

Albany Spinners secretary Nan Hewitt, Albany, said one jumper would use about one kilogram of wool and take several weeks to spin.

"Spinning can take a while but it is really enjoyable and you can be creative with it," Ms Hewitt said.

"I have never spun with goat fleece but sheep fleece is easier to spin than alpaca because there are tiny barbs that make it grip to itself.

"And wool holds its shape really well and springs back on itself."

The ideal micron for spinning depends on personal preference.

"It depends on what you're making - very fine wool can be trickier to work with because it has to be spun fine and knitted fine." 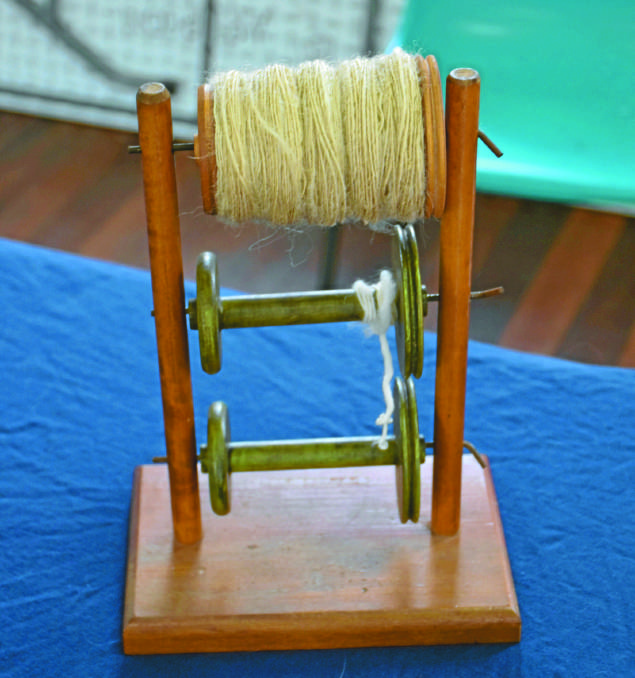 In spinning, a lazy kate is used to hold one or more bobbins in place while the yarn on them is wound off from the side of the bobbin.

The spinners also dye their wools, a lot of the time using natural products, such as leaves from arum lilies, black beans, brown onion skins, silver dollar eucalyptus and avocado skins and pips.

Dying before or after spinning can give the yarn a different effect.

"I like asymmetry so I dye before spinning because it gives more variation in the yarn, whereas dying after it's been spun creates a more uniform colour," Ms Hewitt said.

Members usually enter their creations into the Albany Agricultural Show, do displays and for the two previous shows they have run a challenge when two teams went head to head to spin and knit a cardigan one year and then a jumper the next.

You could say the group is rather famous, having been featured in the film Rams, directed by Jeremy Sims.

Being lovers of Australian wool, the members like to source their wool from WA when they can, as pre-processed wool generally came from the Eastern States as there is only one wool mill left in WA, which is a small alpaca wool mill at Toodyay.

"We think there needs to be more wool processing in Australia - that's something we are very passionate about," Ms Hewitt said.