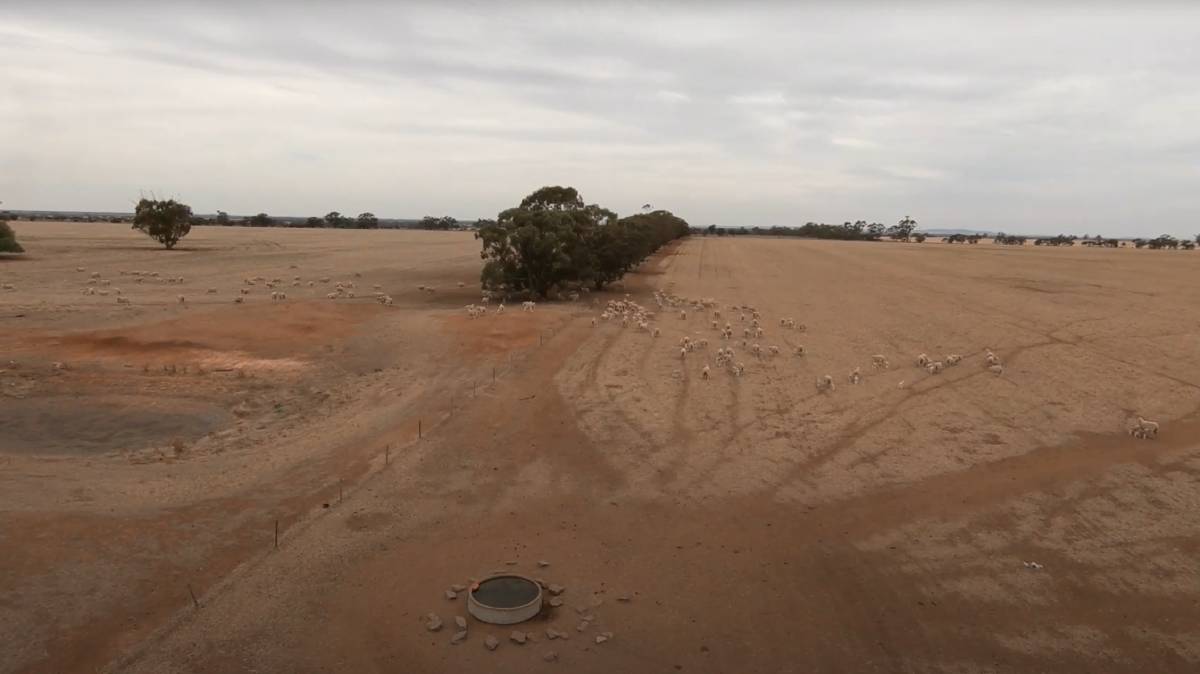 Footage from a drone used in a trial to assess whether drones can replace the attentive eye of a farmer. Photo: Agriculture Victoria

A trial is underway in Victoria to assess whether the hovering of a drone can replace the attentive eye of a farmer.

Using drones on farms is continuously increasing in popularity and a trial is underway in Victoria to assess whether the hovering of a drone can replace the attentive eye of a farmer.

The 'Drones for monitoring sheep welfare' pilot project is being conducted by a Best Wool/Best Lamb group in Boort, Victoria.

The group's aim is to figure out whether drones can replace a farmer in situations such as physically monitoring lambing ewes or making sure the water troughs are full, in turn saving time and money.

They believe farmers can spend a significant amount of time checking on the welfare of lambing ewes and during dry times, paddock inspections are crucial to check on water supplies, available pasture and stock health.

Agriculture Victoria livestock extension officer and trial coordinator Erica Schelfhorst said the trial was already producing some benefits with the bird's eye view of paddocks and sheep giving farmers a new perspective on what is happening on the ground.

"Farmers tell me they're growing increasingly confident in flying the drone and making decisions based on what they're seeing on-screen," Ms Schelfhorst said.

She said exactly how much time the drones would save and whether they could truly replace the human experience, skill and know-how remained to be seen, but expectations were high just one year into the three-year demonstration project.

So while the jury was still out, she said Victoria's sheep producers were at least increasing their technical skill and knowledge, while testing the value of using drones in keeping a valuable eye on their animals' welfare.

The project will continue until the end of 2021 when the results will be published.

You can watch the video below to see drone footage from the pilot project.

The story Can drones replace the attentive eye of a farmer? first appeared on Farm Online.