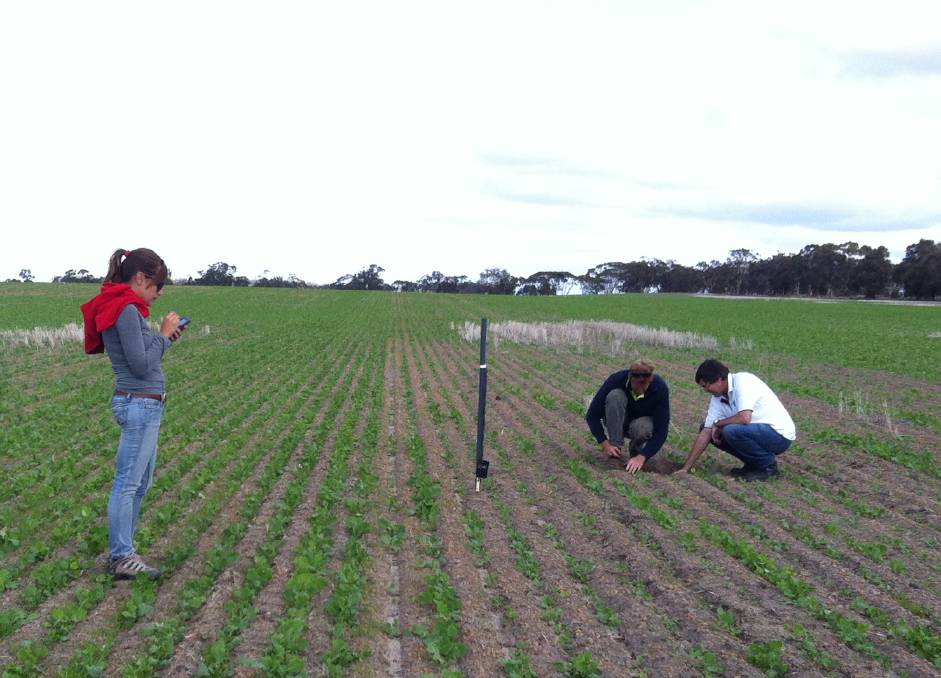 "We could be on the cusp of something really exciting but it is still early days."

THERE are no magic bullets.

You have probably heard that ad nauseam in agriculture while encountering such problems as chemical resistance, low soil pH, plant diseases, et al.

As far as you're concerned it's a truism, based on self-evidence.

But things are changing to a point where research by CSIRO scientists, funded by the Grains Research and Development Corporation (GRDC), is pointing to neglected 'magic bullets' that exist literally under our feet.

You know them as bacteria, fungi and small soil animals, otherwise referred to as soil micro-organisms or soil microbes, which basically are the building blocks of fertile soil.

There are between one and two tonnes a hectare of microbes in the top soil with about 70 per cent in the top 10 centimetres, equating to more than 10 billion microbes in a kilogram of soil with literally kilometres of fungal hyphae.

Fungal hyphae spread like a network to capture nutrients and in a highly complex symbiotic relationship, bacteria and fungi provide nutrients to plant roots while accessing food in the form of exudates from the roots.

A classic visual of this process is the dreadlock roots you find on healthy plants plus microbes adhering to roots, in the layer of soil known as the rhizosphere. 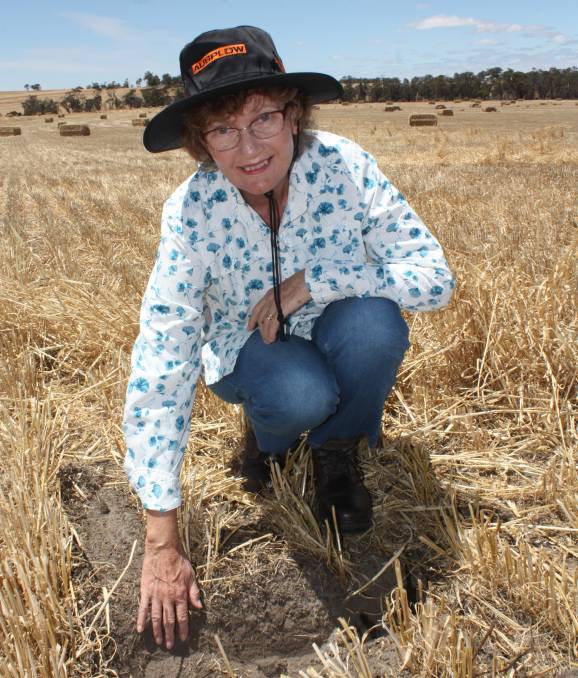 What science is now showing, through trial research, is a better way to grow crops - by utilising microbial communities and root systems in the soil.

Plant roots, preserved by no-till, behave as pathways for water infiltration, particularly in water-repellent soils and support large and diverse microbial communities that supply nutrients to plants and contribute to soil health.

Former CSIRO scientist and microbiologist Margaret Roper, on the back of more than a decade of trials, has shown that no-tillage practices can help maintain organic matter and water-holding capacity in Western Australia's water-repellent sandy soils.

"We have consistently found in trials over the years that cultivation (and stubble burning) will result in the loss of organic matter in the soil," Dr Roper said.

In 2008 she was involved in a trial program at Munglinup and after four years of measuring organic matter under cultivation and stubble burning, a noticeable depletion in organic matter occurred in the top soil down to 10cm, compared with no-till plots. 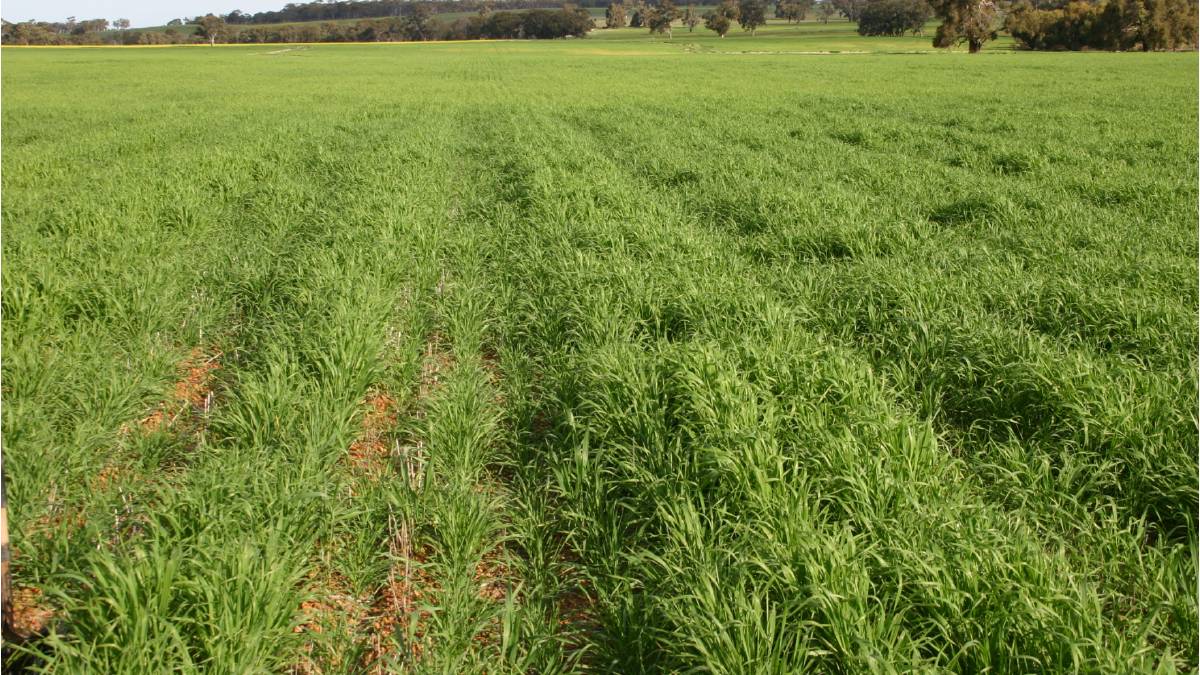 Barley plants struggling in the inter-row, on the left, compared to healthy plant stands on the right.

"It happened quite quickly from 2009 onwards," Dr Roper said.

"It was so consistent that we stopped the burning in 2011 but we retained the plots in our overall trial program.

"After six years, the plots that were previously burned and cultivated in the first four years of the trial showed little or no recovery in terms of organic matter levels, water-holding capacity and crop yields, when compared with the plots which had been under no-till and stubble-retention from the beginning of the trial.

"It can really take a long time for the soil to rebuild organic matter."

According to Dr Roper, there is research that shows if you create an environment that increases organic matter you can achieve a significant increase in available water-holding capacity and this can be more pronounced in sandier soils.

The problem is getting to that level of soil fertility.

It is not a quick fix. 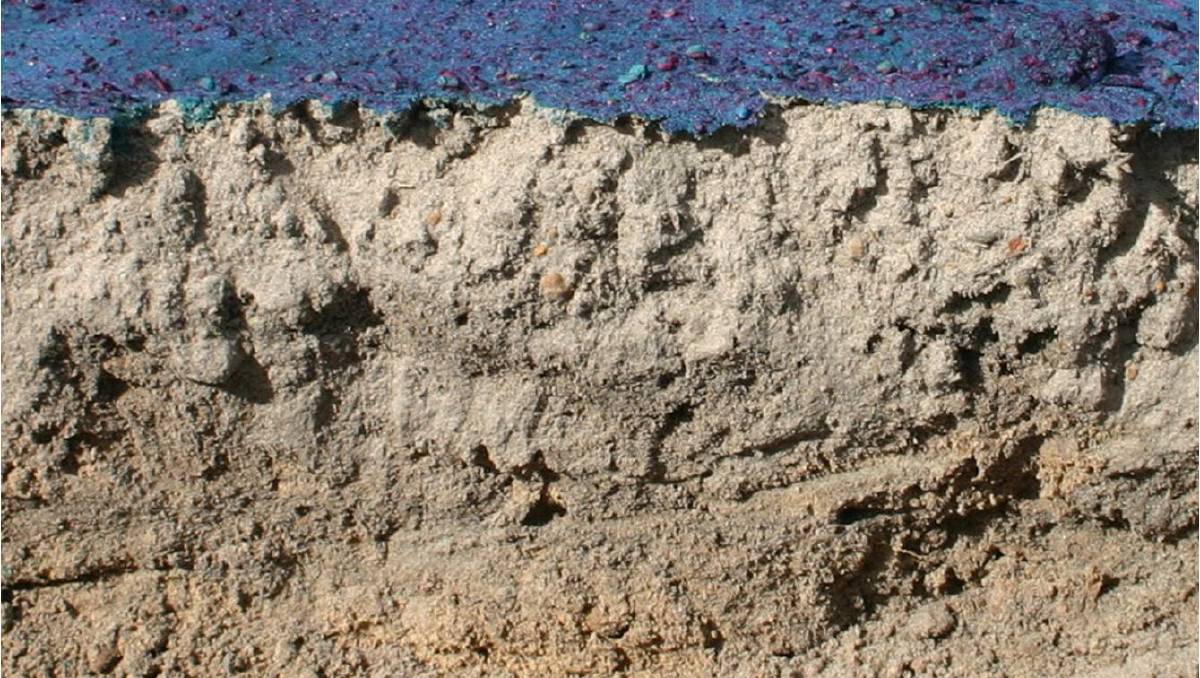 Stubble removed and cultivated prior to seeding. The dye shows the pathways for water movement have been destroyed. Photo by CSIRO.

But observations from the long-term Munglinup trial pointed to making better use of root systems and their associated microbial communities in a no-till system.

This led to trials on near-row sowing where new crops are seeded close to the previous year's crop rows, allowing new crop roots to access water that flows down old root pathways.

"It is in this environment where moisture is present, that beneficial soil microbes proliferate, including wax-degrading bacteria (that eliminate non-wetting)," Dr Roper said.

"And compared to the non-wetting inter-row, the microbial population can be far greater than that in the inter-row by as much as a factor of 10."

It follows that with near-row sowing, where soils remain wetter and contain larger microbial populations compared with the inter-row, there is the potential to build soil carbon and water-holding capacity leading to improved soil fertility and healthier crop plants with higher yield potential.

The obvious question is how sustainable is planting in virtually the same row year after year, which may induce plant root diseases?

According to Dr Roper the sheer population of beneficial microbes can play a positive role in suppressing diseases, with CSIRO trials in South Australia already showing suppression of root diseases in cereals in near-row sown crops. 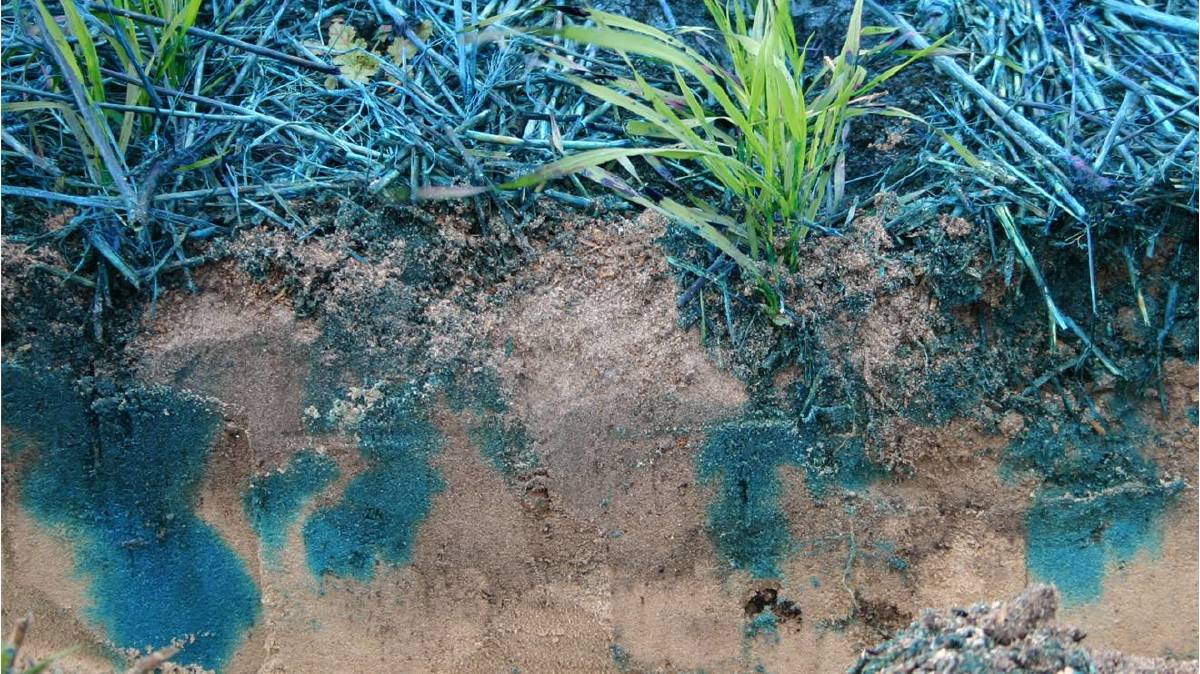 Blue dye shows infiltration down new and old rows in a no-till row. Photo by CSIRO.

And the bonus of maintaining the same planting rows, creates a hostile, dry (from non-wetting) inter-row where weeds will struggle to grow.

"I believe near-row crop establishment is the closest thing yet to sustainability," Dr Roper said.

She believes there is more to come from research efforts, particularly related to in-furrow liquid nutrient applications, which may give new crops a head start.

"We could be on the cusp of something really exciting but it is still early days," she said.