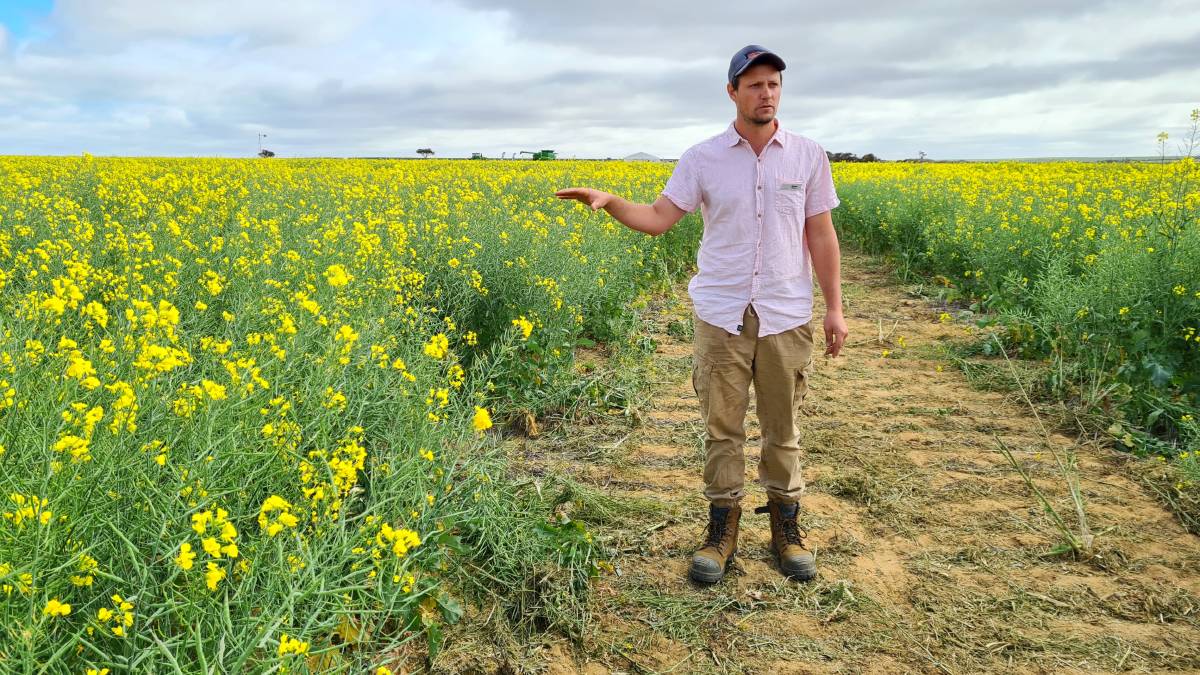 The event was hosted at the grower group's main trial site on Dylan Hirsch's property and featured 20 individual trials, plus three marquee presentations.

Liebe Group management committee president Blayn Carlshausen said the key focus of the group was research, development and extension in order to help support members and the community to be profitable and sustainable.

"For this to work, we need our members to be involved, inquisitive and enabled and one of our great strengths is the want to foster learning via members to share those findings," Mr Carlshausen said.

"Despite the tough and challenging time of COVID-19, we still managed to successfully present a great array of trials.

"The trial site here is really representative of the grain district we're in, with good summer rain, dry sowing and a big wind event before the opening rain.

"It reflects on how far we've come with our research and development that our crops can look as good as they do in the season we have had."

As part of the marquee presentations, CSBP agronomist Angus McAlpine discussed the effectiveness of lime, dolomite and gypsum as ameliorants to improve productivity of an acidic 'wodjil' soil. 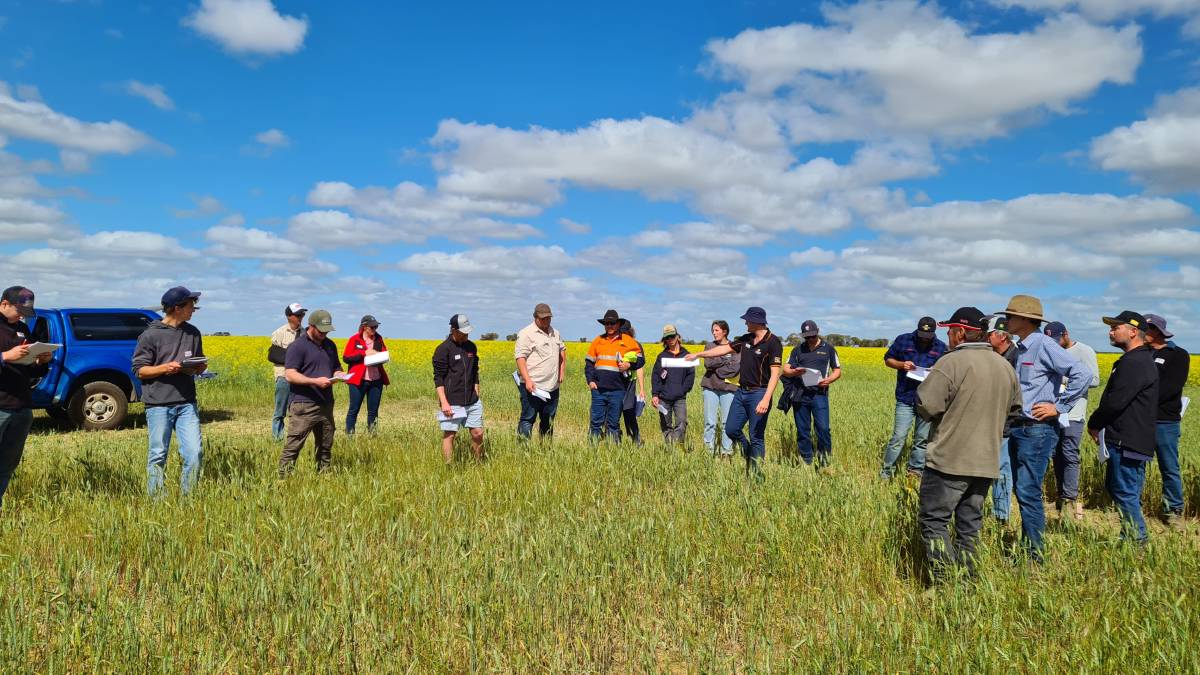 This year marks the 99th year the Hirsch family have been farming in Latham.

"About five years ago we purchased the property where the main trail site was being held off some extended family and in that time the journey has been about trying to get this farm into a full cropping rotation," Mr Hirsch said.

"We've got compaction, subsoil acidity and aluminium issues and the number one weed we battle with on this farm is ryegrass.

"We've been trying to incorporate lupins and canola as much as we can to get more comfortable growing them and bringing them into our system."

Other trials which growers took particular interest in included canola systems, plant density and nitrogen for low rainfall zones, presented by Nutrien Ag Solutions Coorow director and agronomist Phil Smyth, as well as the demonstration of Reflex herbicide for the control of broadleaf weeds in lupins, presented by Syngenta's Owen Langley and Elders' Shannon Meyer.

Mr Hirsch said the year had been a funny one, with the main trial site probably having about 100 millimetre of summer rain, which was a bit more than most in the region.

"It had good potential there, we had about 5-6mm of rain at the start of May which germinated the canola but caused issues with the other 80 per cent of the seed in the ground," he said.

"Our opening break happened on May 24 after the big wind event, thankfully we didn't get too much erosion from that, apart from the headland.

"That brought up the rest of the cereals and a few more canola and lupins."

Along with playing host to the main trial site, Mr Hirsch also presented his own trial which aimed to demonstrate and quantify the plant establishment penalty of seeding canola into deep ripped soil, the loss of plants by deep ripping early post emergent (EPE) and to check if delaying deep ripping until EPE still produces a yield boost compared to ripping in typical summer conditions.

Mr Carlshausen thanked Mr Hirsch and the rest of his family for their efforts in organising, preparing and planning the site.

"We have already started working on next year's trials, but it's still important that we get as much feedback as possible from our growers in order to make sure we showcase the most relevant trials and new ideas," Mr Carlshausen said.