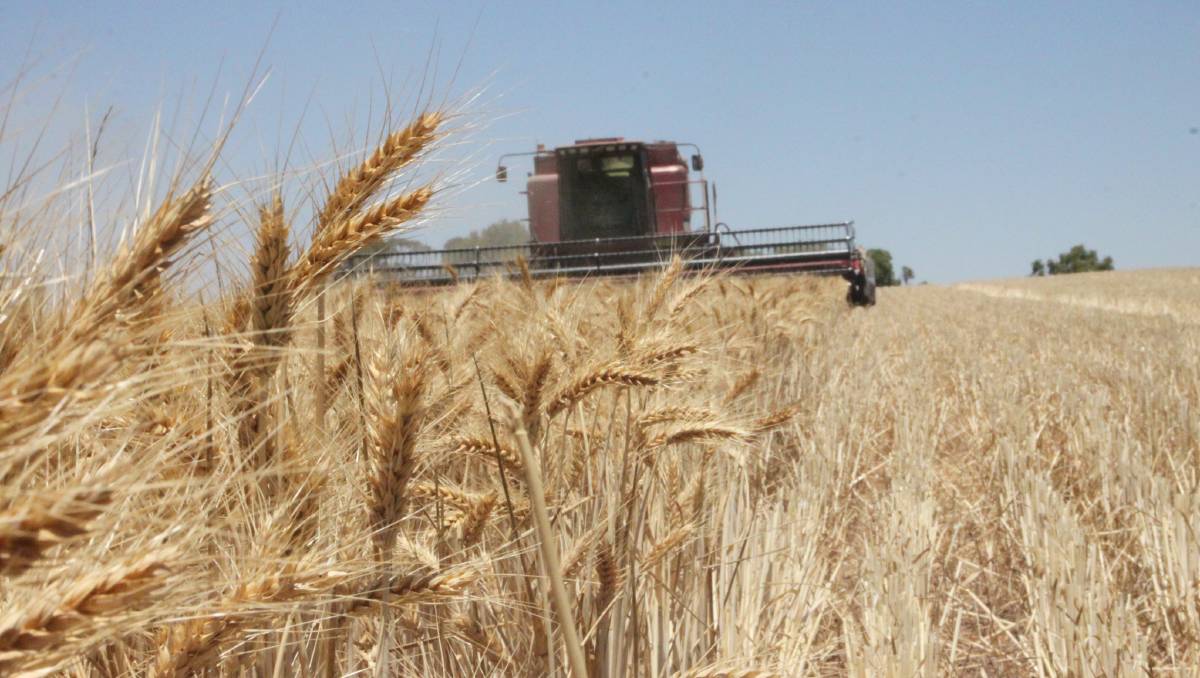 For most regions of the WA grainbelt, unexpected early spring rainfall will only buy another week or two until more rain is needed to avoid a sharp drop in grain yield potential.

FOR most regions of the WA grainbelt, unexpected early spring rainfall will only buy another week or two until more rain is needed to avoid a sharp drop in grain yield potential.

According to the Grain Industry Associations of Western Australia's (GIWA) September Crop Report, with the weather warming up and crops at peak water use, more rain is urgently needed to avoid crops crashing and not achieving current grain yield potential.

Report author Michael Lamond said the next two weeks would largely determine the final outcome for the year.

"Crops on heavier soils and in the lower rainfall regions are showing signs of moisture stress now, while the majority of the grainbelt could hang on for a week or two before grain yield potential falls away," Mr Lamond said.

"Total grain production for the State is estimated to be 2.5 per cent less than last month, but if no significant rain falls in the next two weeks, the decrease in tonnage could exceed 10 per cent from current estimates.

The area west of the Albany Highway is in particularly good shape and barring frosts events in the next month, will pull in large tonnages.

The season is looking like an early finish for most of WA, with canola and barley harvesting projected to start a week or two earlier than normal in the low rainfall regions.

"In an early start to the hay harvest, hay crops are being knocked down now to avoid colour loss due to moisture stress in the lower rainfall regions," Mr Lamond said.

"It has been a low disease and insect pressure year, except for budworm in the north of the State."

The majority of the Geraldton zone is still in good shape thanks to some useful falls of rain in August, coupled with mild spring temperatures.

Mr Lamond said there have been the usual occasional hot days with wind, although not for extended periods of time.

"The crops are relatively early and grain fill is well underway," he said.

"Some potential has been lost on the heavy soils in the east and grain yields will vary depending on where the summer rain fell.

"The extended flowering time for both lupins and canola is likely to result in some good grain yields."

In Kwinana North Midlands, the outlook for harvest across the region is below average, with the majority of the traditional barley belt in the area now expected to be well down on average yields.

However in Kwinana South, the higher rainfall regions of the zone are now average to above average for all crops, with the decent sized area hugging the coast closer than normal and the rainfall dropping off very quickly moving east.

For Kwinana North West, there are some excellent cereal crops with well over two tonne per hectare potential where there was summer rain, however the grain yield potential drops off very quickly to the north and east of this strip, with some crops in heavy country still nearly bare.

Mr Lamond said for Albany West, rainfall over the past two weeks of between 30 to 40 millimetre for most of the region has been perfect for crops and the whole zone west of the Albany Highway is set up now for a very good year.

"Crops have picked up east of the Albany Highway as well and with a few more rains will have average to above-average grain yield potential," he said.

"Most cereals are out in head and there have been no significant frost events so far.

"The cereals are more advanced than they have been for several years and with little waterlogging during winter and disease light on, growers are expecting some good tonnages to come in and looking forward to harvest."

For Albany South, the season has turned around over the past month, the catalyst being the good dump of rain in early August that helped to even up paddocks from the very patchy start.

However in Albany East, the hopes of an above-average year for most is now fading except for growers who received more than 20mm of rain in the past few weeks.

Mr Lamond said in general for the Esperance zone, most growers were expecting average to good grain yields for all crops.

"Some potential has come off the very good strip in the west of the zone, and the northern areas have not picked up from where they have been all year," he said.

"Areas in the remainder of the zone that were a bit light on for rain that picked up good falls in August will mostly be average, particularly on the sandplain soils."

Overall, it is too early to make a call on grain quality, however without some decent falls of rain in September, cereal screenings could be up about 2019 levels in regions with lower than average growing season rainfall.