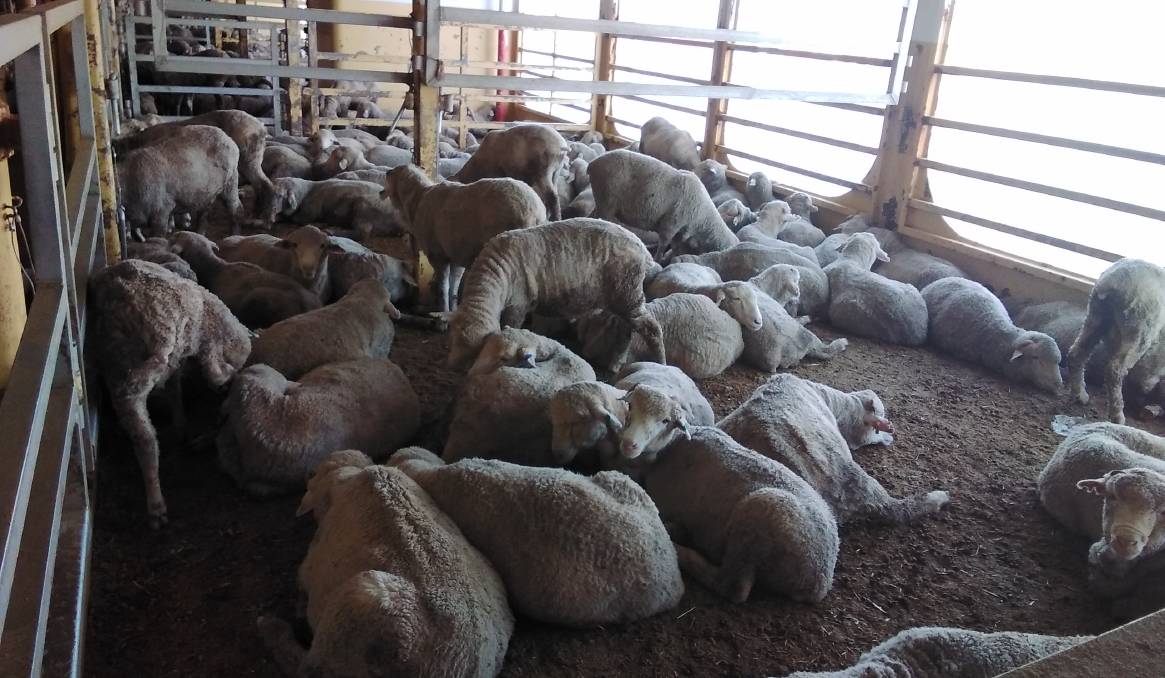 A-GRADE WELFARE: Sheep aboard the Al Kuwait during a June shipment to the Middle East.

THE critical role Australian live exports are playing in food security during world pandemic lockdowns, coupled with first-grade animal welfare outcomes on recent voyages, is fueling calls for a reassessment of stifling regulations.

Top of the list is shortening the summer month moratorium which has hit the viability of the live sheep trade hard and pushed key customers elsewhere.

Australia's main live sheep exporters have written to the Federal Government saying the current four-month prohibition borders on being uncommercial and without doubt harms valued trading relationships, as evidenced by Kuwait now investing in South Africa as an alternative source of live sheep.

The managing directors of Rural Export & Trading WA (RETWA), Otway Exports and South Australian International Livestock Services called on the government to urgently review the Northern Summer Order with a view to having new regulatory arrangements in place by next year.

Supporting their argument is the results of RETWA's shipment of more than 33,000 sheep to the Middle East in June on the MV Al Kuwait.

The voyage was given an exemption to travel during the moratorium period after it was held up in Fremantle due to a COVID-19 outbreak.

The 17-day voyage delivered a mortality rate of .08pc, with no mortalities due to heat stress.

That is believed to be a record low mortality rate and it was achieved during a moratorium month.

Australian industry leaders and veterinarians, along with the importers of these sheep, all said that voyage was also vital to the food security needs of customer countries, with airfreight having grinded to a halt.

The importers, Kuwait Livestock Transport & Trading, went as far as to say they incurred a loss on the shipment as families across the Middle East were relying on the fresh meat from Australian live sheep amid pandemic hardship.

Australian veterinarian Holly Ludeman, who is about to head off tomorrow with the Al Kuwait's next voyage, said COVID-19 had highlighted how important agricultural supply chains were and Australian livestock shipments had been vitally important in terms of food security during 2020.

Speaking with Thomas Elders Market (TEM) analysts on the Agwatchers podcast, Dr Ludeman said at a time when 'people in Melbourne and Sydney might now be thinking more about where their food comes from' the value of the trade to those in the countries Australia supplies should be highlighted.

On the issue of increased regulation and the summer month moratorium, Dr Ludeman said: "It seems there is a cascade of changes that is crippling the industry and I'm not sure they are delivering any more welfare benefits.

"Is zero risk in any business even possible?"

TEM's Matt Dalgleish said modelling on historic mortality data suggests that reducing the moratorium from a three-month to a one-month window would still have a significant impact in reducing the annual average mortality level.

That could be achieved without the lengthy three-month economic impact on the live sheep export supply chain, he said.

A report commissioned by LiveCorp and Meat & Livestock Australia estimated the moratorium in 2018 cost the industry $83.6 million and last year $65.8 million.

"Furthermore, improvements to live export shipping practices in recent years have meant that transportation during June, July and September would likely result in lower mortalities than were experienced pre-2018 - as is evident in the very low mortality rate of 0.08pc recorded on the June 2020 departure of the Al Kuwait," Mr Dalgleish said.

Dr Ludeman described the impact of Australia's live export industry on animal welfare around the world as phenomenal.

"In Vietnam, we have helped build feedlots and move small backyard abattoirs to sophisticated facilities using automation and with hygiene standards they didn't previously have," she said.

"In Indonesia, the rate of stunning has moved dramatically. In the Middle East, there have been huge improvements in how animals are handled and slaughtered."

Still, she said it was culturally and religiously difficult to 'go into another country and tell people what to do with a product they have bought.'

"That's something we need to be sensitive about, and respect, but at the same time, we can offer efficiencies and improvements," Dr Ludeman said.

He said there had been times this year when customers had misconstrued Australia's investigations into animal welfare standards as a complete withdrawal of supply.

"What that demonstrates is there is sometimes a lack of respect to circumstances and we are quick in imposing our standards. We have to be broader in our thinking," he said.

Referring to Indonesia's drive for long term sustainability in beef production, he said people in Australia 'sometimes quite flippantly say that's not possible'.

"That is not the point. We should be contemplating what steps we can take to assist that goal and be more cognizant of different perspectives," he said.