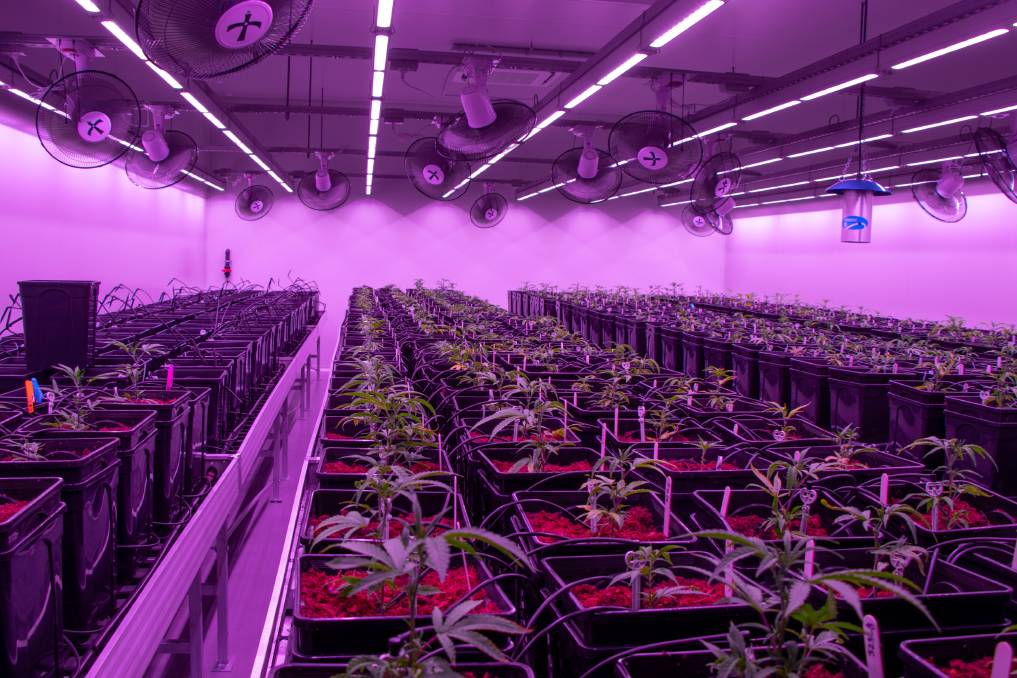 LGP started with two small grow rooms in the South West of WA.

A MEDICAL cannabis company with a focus on providing high quality and affordable products for Australian customers has seen an increase in uptake in recent years, as local customers jump on board the potential healing properties.

LGP partnered up with an existing good manufacturing practice (GMP) which was already manufacturing medicines of the same schedule of drug, such as opioid style medications, for hospitals in WA.

Partnering with a third party manufacturer helped to take a huge chunk of time off delivering their first product and in August 2018, LGP released the very first Australian produced medical cannabis products for patient use.

LGP chief operations officer Paul Long said in the beginning the company wanted to prove the concept and chose to start small.

"A couple of the other companies that got their licence at the same time as us went and raised some big capital to invest into huge cultivation facilities, but that hasn't always worked out for them," Mr Long said.

"Our clear mission as a company was to focus on delivering Australia's first locally-grown product for patient use and to do that we took a very different approach.

"Out of our two initial grow rooms, and with our contract manufacturer, we were able to produce an annualised volume of about 10,000 to 15,000 units of our medicine, which at the time was still a significant chunk of the total patient requirement and demand in Australia." 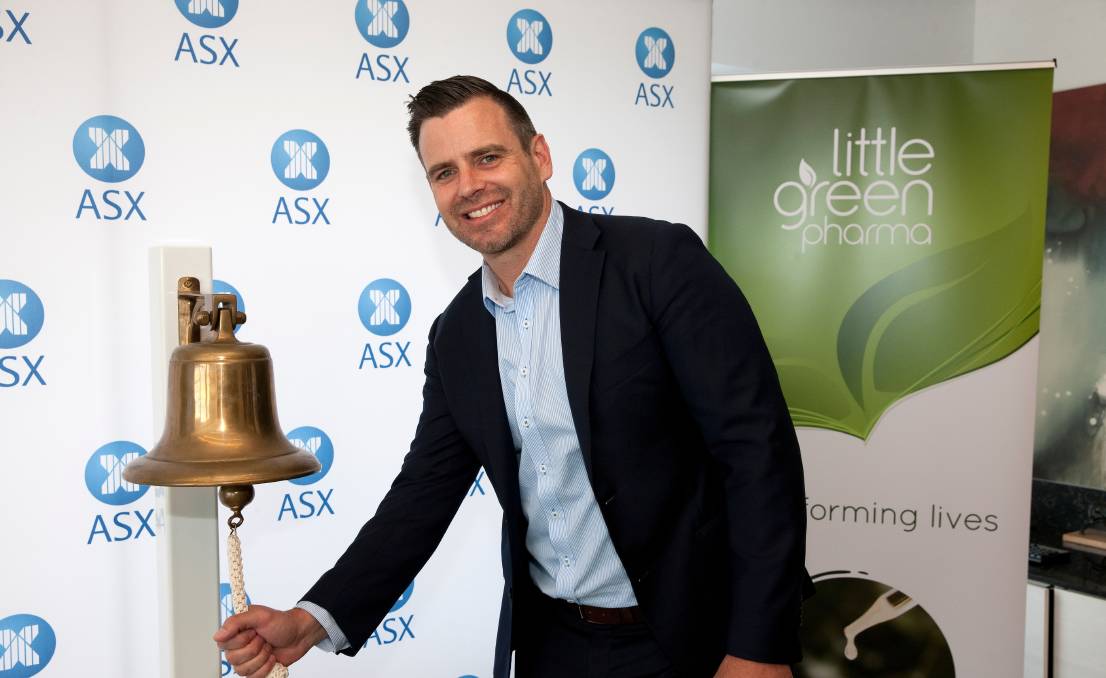 Since then, LGP has expanded and its cultivation has gone into a full, or larger scale, facility with the capability of producing up to 110,000 units per year.

Under the Special Access Scheme (SAS) in Australia, there are more than 100 different chronic conditions that LGP's products have been approved to treat by the Therapeutic Goods Administration (TGA).

The vast majority have some chronic pain related aspects, but the products are also effective for cancer induced nausea and vomiting, children with epilepsy, anxiety and sleep related chronic illness.

"Under the TGA guidelines, there's an unregistered category and if you're a patient that suffers from chronic pain and previously your doctor had prescribed opioid style therapy that you either had a reaction to or it just didn't work etc., only at that point could your doctor prescribe an unregistered drug," Mr Long said.

"That pathway is getting more streamlined, but the doctor needs to fill out an application on behalf of the patient which goes to the TGA for approval."

The safety aspect of medical cannabis is the question most frequently asked of LPG, with Australia being one of the most regulated countries in the world in terms of how the Federal and State governments have set up their regimes around safety,

Mr Long said after the flower was harvested and dried, it was sent off for testing known as TGO 93, which checks for things like pesticides and heavy metals.

"Our products are only allowed either very low or none at all of those types of things in the results and it's only if we pass that test that we can move to the next step of GMP manufacturing. 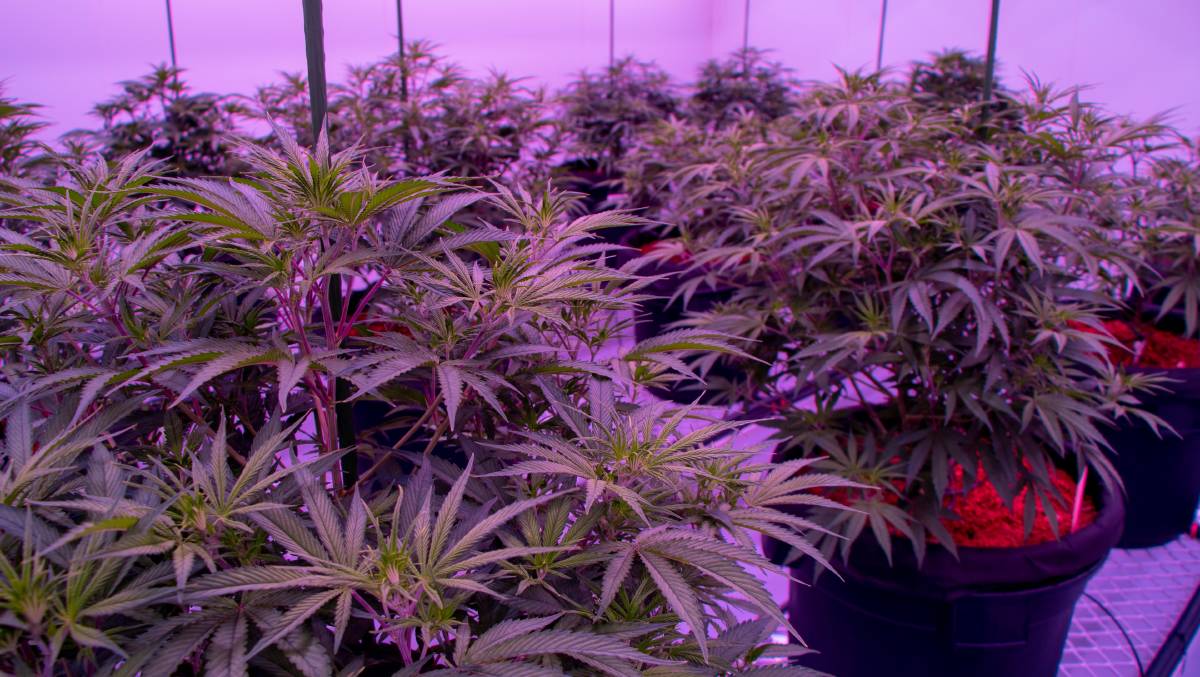 Under the Special Access Scheme (SAS) in Australia, there are over 100 different chronic conditions that LGPs products have been approved to treat by the Therapeutic Goods Administration (TGA).

"Once it's been produced, we have to send off all of our chemistry and microbiology before it's released to a patient, so the chemistry must be within plus or minus 10 per cent of what we say on our label and we must not have any microbiology elements to the final product.

"We can comfortably sit here and say that the whole process is difficult, time consuming and costly, but what it means is that parties can rest assured the finished product they are receiving is safe and of high quality."

In total, it takes approximately 13 weeks, depending on the cultivar, to grow the cannabis plants.

Clones or cuttings are taken from mother plants and are ready to pot in about two weeks, then the plants are put into a vegetative growth phase for three weeks and from there into flower phase for roughly eight weeks until harvest.The plants are cultivated in a controlled sterile environment that relies on good hygiene and preventative measures to avoid the use of chemicals to manage pest and disease infestation.

LGP operates under Good Agricultural and Collection Practices (GACP) which is validated and verified by the TGA and the Office of Drug Control, with regular testing being conducted through government certified labs coupled with their own in-house testing.

While the company has seen exponential growth since it started, that development has been somewhat tempered as the products which it produces are unregistered.

"Being an unregistered medicine, as a company, we are unable to do any promotional marketing, so we can't physically walk into a doctor and tell them we're from Little Green Pharma because we're not registered," Mr Long said.

"We can't talk to patients, we can't promote or advertise, we literally have to rely on people finding out about us or on doctors prompting this as a solution.

"To get a registered drug it's millions of dollars and quite a few years in placebo controlled clinical trials to prove safety and efficacy, we're quite a long way from that, but we will push towards drug registration in the years to come."

Inside the cannabis plant there are more than 140 different cannabinoids, which includes the likes of THC, CBD and CBN.

If a product has less than two per cent THC it's a Schedule 4 drug, if it's got more than that it's a Schedule 8, the reason being that THC is the element that gets people high.

Mr Long said if people were wanting to get stoned, they would be trying to find the highest level of THC to smoke, however when dosed correctly, THC is proving to be one of the most effective chronic condition treatment options.

"The cannabis plant itself is like a sponge, so if you pour chemicals on it or utilise something to enhance the growth, that will appear in its finished form," he said.

"If you go down to the local dealer on the corner, you don't really know where it's come from, it hasn't been tested, it hasn't gone through the regulations and ultimately that person has no idea what the chemistry of it is.

"The products that we produce are pure because of the tests that we need to pass, we're not certified organic, but we handle the plants with such care because we know we're scrutinised to such a high level."

Along with the safety aspect, one of the biggest misconceptions around is that medical cannabis is really expensive, when in actual fact it's on par, if not cheaper than people who are accessing recreational cannabis.

"We're not allowed to talk directly about price, but there is a huge number of Australians who are accessing illicit cannabis for their own medical reasons," Mr Long said.

"A lot of those people would be able to walk into a doctor and get a high quality, safe product, without having to buy it from the corner of the road.

"For those who are scared about trying it, if it's done under the regulations and the guidance of a prescribing doctor, it can be done really safely."

From day one, Little Green Pharma has been focused on providing Australian patients with high quality and affordable medical cannabis products.

However, looking to the future, international expansion is on the cards with the company actively working to build its brand into markets in Germany, Poland and France.

Further down the line, LGP plans to turn its attention to drug registration, a step it hopes to take in about five years time.