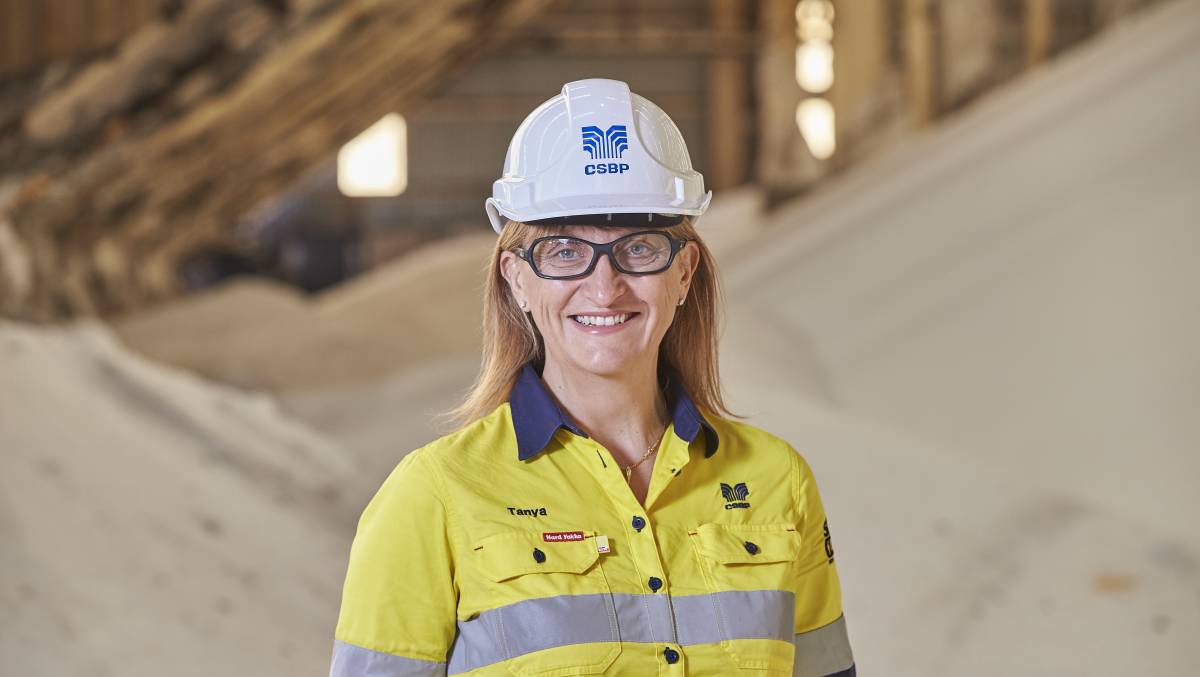 BALANCING work and family life is no easy task.

It's one of the key barriers that have prevented women from pursuing their career dreams as traditionally they have been moulded to be a homemaker and raise children.

But Tanya Rybarczyk has found a way to do both so that she feels equally fulfilled.

As well as being a wife and mother of two children under nine-years-old, she heads up one of WA's biggest fertiliser companies, as CSBP Fertilisers' general manager, which is part of Wesfarmers Chemicals, Energy and Fertilisers (WesCEF).

While Tanya admitted that finding the right balance hasn't always been easy, she said having a supportive network around her was essential.

"I couldn't have done it without my husband's support, as well as having a flexible and supportive employer and team," Tanya said.

When she had her first child, her employer stood by her in a way that she never expected.

Tanya's role at the time was the chief financial officer and her boss offered her the opportunity to job share the senior role with another new mother.

This structure ultimately enabled three women, including Tanya, to progress their careers and have six children between them over four years and was an example of how companies can and should cater to new parents.

"I am very proud of that time," she said.

"Despite being full-time now, I still have flexibility in my role - I do some of the school pick-ups and drop-offs.

"I have a long commute to the office from my home and I was determined not to spend less time with my children because of my job.

"So I decided to sacrifice some time at the office to have more time at home with my family and I make up for that time at night at home, so my team will receive emails from me in the evening, but they know that's my schedule."

Despite not coming from an agricultural background, Tanya leads a strong Kwinana-based and regional on-the-ground team through her leadership style that she describes as being engaged, authentic and honest.

"I'm honest about who I am and what I believe my strengths and gaps are," she said.

"I'm often working with people who have generationally been in agriculture and know the industry extremely well.

"In comparison, I have been in the industry for two and half years and am very open about that.

"I make sure I have really good people around me who have plenty of knowledge and experience, I don't shy away from asking questions and always stay true to my values and my leadership style."

Tanya believes that working collaboratively with people who have different perspectives is extremely effective and she aims to create a working environment where her team feels supported to share their ideas and be open about debating and challenging them.

"We always have diverse views around the table and I think that is what enables us to be really effective," she said.

But as Tanya has learned and evolved in life and work, so too has her leadership style.

"It does change over time - I'm sure I am a different leader today than how I was 10 years ago," she said.

Tanya has worked for various Wesfarmers' businesses for 19 years, and is enjoying being in her current role learning about agriculture.

"The level of innovation and resilience that growers have is inspiring," she said.

"I remember having a chat with a grower who saw themselves more as custodians of the land with a sustainable long-term focus on farming because they want to hand over to the next generation.

"There are very few industries where businesses are passed down and last multiple generations."