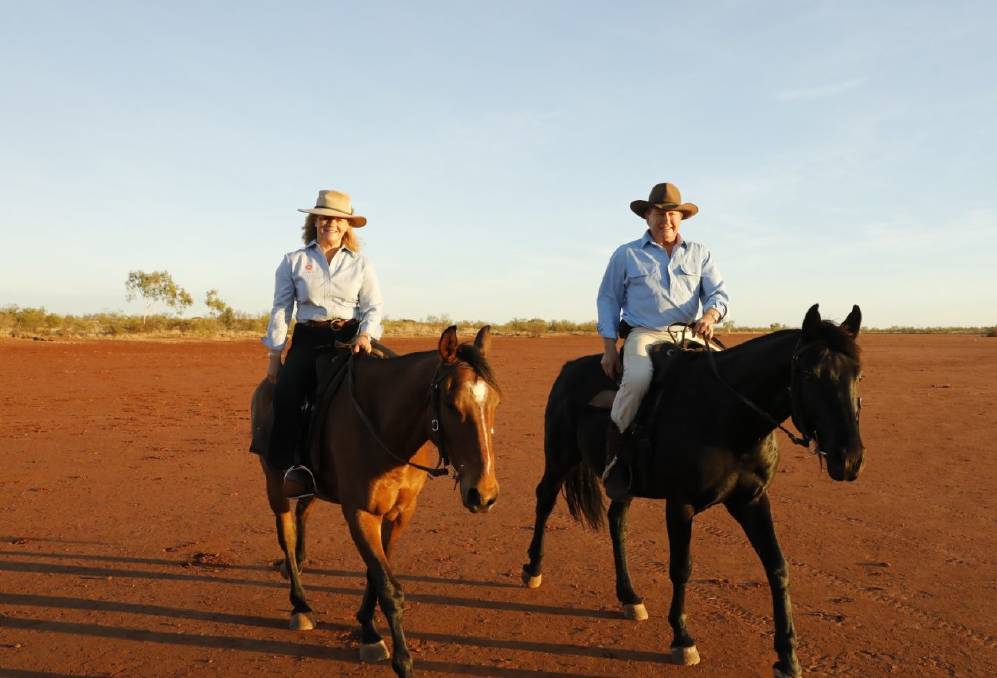 The up-market, widely-loved bush outfitter brand, founded in 1932 by saddler and entrepreneur Reginald Murray 'RM' Williams, has about 70 retail stores, plus stockists, Australia-wide and overseas.

It has been on the market since majority owner L Catterton Asia, the investment arm of European fashion group LVMH, began seeking offers from potential new owners in May last year.

No sale price has been confirmed, but the Forrest family's private investment holding company Tattarang reportedly paid about $190 million for RM Williams, which is well below the estimated $500m mark price tag sought last year.

Tattarang has apparently acquired all shares in RM Williams, including those of minority stakeholders and local superannuation fund IFM Investors, which held 13 per cent, and actor Hugh Jackman who owned 5pc.

Jackman, who has also been an ambassador for the brand since he became a sharehlolder five years ago, will keep his promotional ties with the boot brand.

"We are incredibly proud and humbled to be able to bring RM Williams back under Australian ownership," said Dr Forrest who began his meteoric business career as a jackaroo.

"I've never forgotten the first time I pulled on a pair of RMs.

"RM Williams is a quintessential Aussie brand with a long and proud history of high-quality Australian craftsmanship.

"To wear RMs is to wear the boots of the countless hard-working Australians that have come before us."

His wife Nicola said the couple were looking forward to meeting and supporting the RM Williams' team, including the 400 team members at its workshop in Salisbury in Adelaide.

RM Williams employs about 900 staff, mostly in Australia, but also in stores from Auckland to London and Manhattan in New York. "Andrew and I want to continue the legacy of this great company, and that means continuing to employ and support the Australians that have built and grown the brand," Mrs Forrest said.

"By bringing RM Williams back into Australian hands, we will ensure the Australian craftmanship continues to be loved and worn all around the world."

The brand was previously in majority Australian ownership under the leadership of former News Limited boss, Ken Cowley, also a friend of the founding father Reginald Williams, who took control for 20 years in 1993.

The Forrests said both RM Williams and Tattarang had roots deeply ingrained in the Australian landscape and those who work it.

"Values of family, courage and determination and undeniable character are at the core of both companies," they said in a statement confirming the sale, which has been rumoured as on the cards since early this month.

Dr Forrest, who grew up on Minderoo Station in WA's remote Pilbara, said RM Williams was a name "deeply entrenched" in Australian culture.

They said since buying an initial 49.9pc stake in the company in 2013, L Catterton had overseen a period of brand transformation at RM Williams where the business re-focussed on its iconic, handcrafted one-piece of leather boots. Company chief executive officer Raju Vuppalapati said he was incredibly proud of the journey with RM Williams and L Catterton and the success achieved in re-positioning and significantly growing the Australian brand, especially overseas.

"The RM Williams' brand is the strongest it has ever been in its history," he said.

"Our 2019 decision to invest in the second boot line, recruiting and training 100 additional employees in our Salisbury workshop, was an important milestone to enable us to continue the growth momentum.

"The RM Williams team and I look forward to Andrew and Nicola's stewardship as we enter the next exciting phase of surprising and delighting our consumers with hand-crafted products made in Australia."

Apart from its trademark elastic sided work and dress boots, the RM Williams brand spans a diverse boot range for men and women, plus fashionable sneakers, clothing, bags and belts.