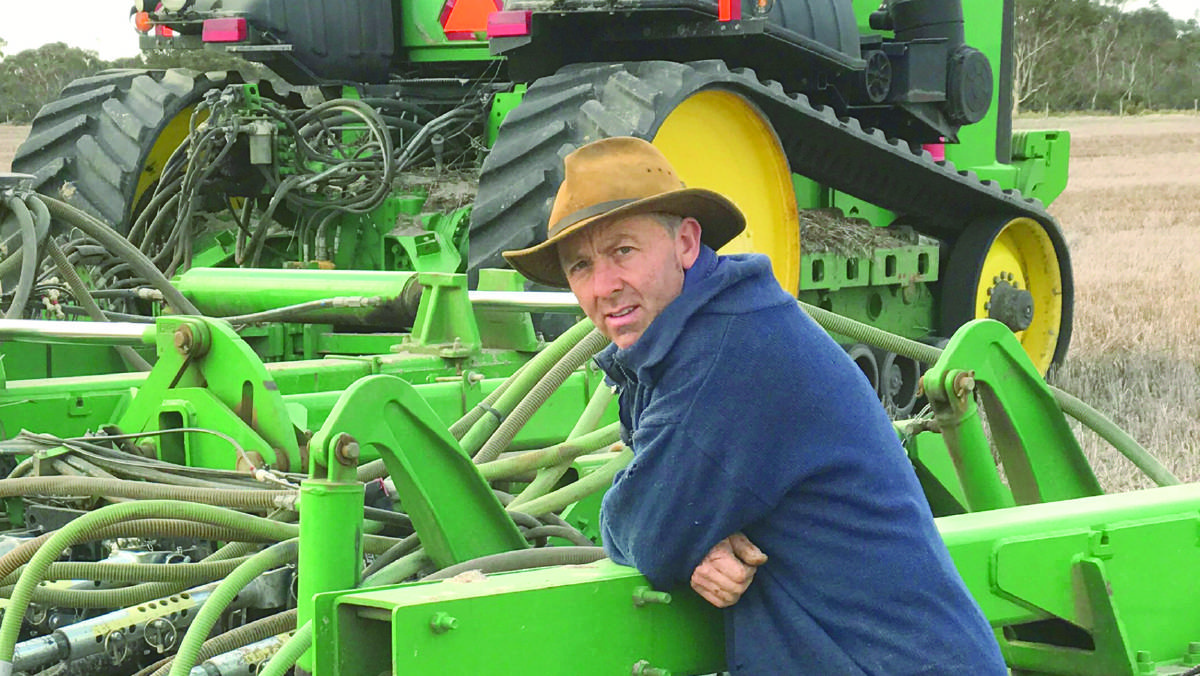 A STATE government plan to allow Western Australian farmers access to overseas workers currently in the Northern Territory has been branded 'too little, too late' by the grains industry and opposition parties.

Recently, the McGowan government announced it would focus on recruiting Seasonal Worker Program and Pacific Labour Scheme workers who have already quarantined in the Howard Springs facility in the NT.

It will also allow for greater movement of critical agricultural workers from interstate, subject to usual isolation and quarantine requirements.

Agriculture and Food Minister Alannah MacTiernan said those workers, most of which have come from Vanuatu, will be able to enter WA after they have finished the jobs they have to do in the NT.

"We understand that some of them might be available as early as the end of October, but we expect that by November any of those workers that want to come to WA will be able to," Ms MacTiernan said.

"There are about 160 workers there already working and another 160 that have just started their quarantine, obviously some of them will go to Queensland, but we're saying it will be possible for them to come here.

"We understand that the Northern Territory government is also contemplating a third plane load and we have said we would be prepared to co-sponsor that and we are encouraging them to take that action." 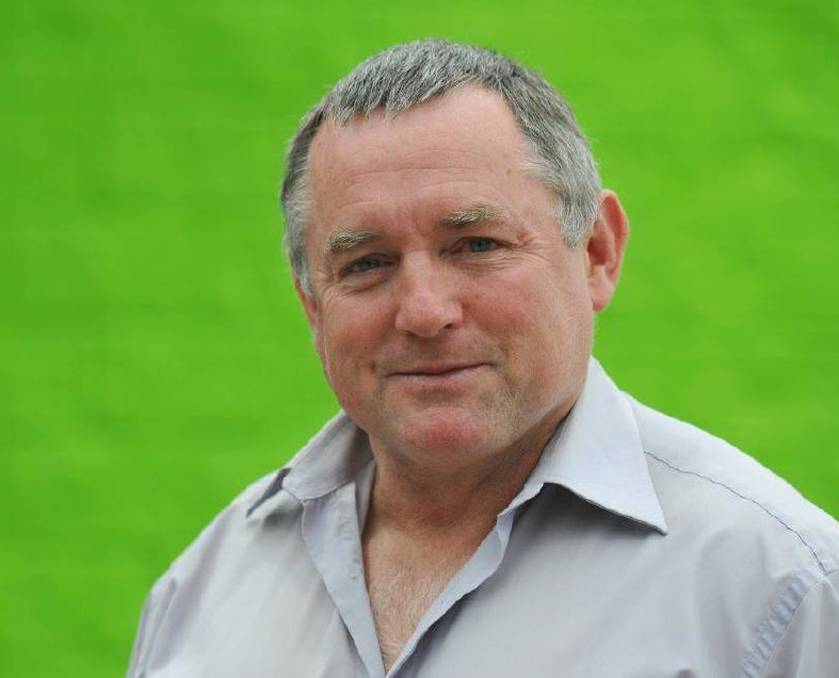 Earlier this month, the Federal government also indicated that it would probably allow people from Timor Leste into the country.

If that's the case, the State government would be prepared to sponsor a couple of plane loads to Australia and quarantine at the Howard Springs facility and they are working with the NT government to see if that is going to be possible.

The Liberal party criticised the timing of the decision, saying the months that Labor wasted in refusing to import farm labour from safe Pacific regions had cost regional communities and farmers.

The party's agriculture spokesman Steve Thomas said he called for this action two months ago and the minister refused to act.

"She could have finished the negotiations with the Commonwealth and had workers in the fields here already, but in playing politics so hard with agriculture she has wasted that opportunity and it is farmers and consumers who will carry the cost," Dr Thomas said.

"The problem is the wasted months of prevarication that has already impacted on farmers and consumers.

"There are already farmers who have cut back their production because there was no certainty that they could get workers and it will take weeks or months from here to get the workers on the ground." 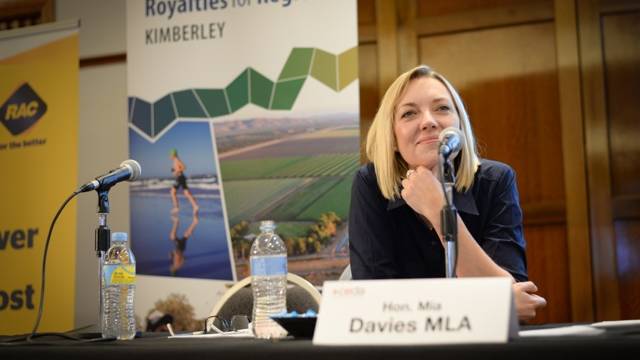 The workers from Vanuatu and Timor Leste will generally be used in the horticulture sector to help with fruit picking, vine pruning and a range of other activities.

Understandably, VegetablesWA was excited that the McGowan government heeded industry advice to re-establish the labour programs.

"During the past few months we have seen some of the State's largest vegetable growers ploughing their crops back into the ground because they simply do not have the workers to get crops out," Mr Shannon said.

"We've seen enormous amounts of vegetables wasted, which is devastating for the industry and the people that work so hard to fill our supermarkets with local, fresh produce.

"We still need about 7000 workers during the spring and summer picking season, so while I am happy that we've made a step forward, there are still so many challenges ahead."

However, The Nationals WA believe Ms MacTiernan has continued to fail WA's farmers and growers with her latest "half-baked attempt" to solve the agriculture sector's acute workforce shortages.

Leader Mia Davies said the plan to use overseas workers lured to the NT was too little, too late for WA's agricultural and horticultural industries.

"Pinching a couple of hundred labourers after the Northern Territory and Federal government have done the heavy lifting to bring them into the country just doesn't cut it," Ms Davies said.

"WA needs 7000 seasonal workers and this doesn't give our farmers any confidence they will get their crops from farm gate to market.

"WA families need to realise their higher grocery costs at Christmas are a direct result of the Labor government sitting on their hands for the past seven months while our primary industries scream out for support to access more workers."

While it is a bonus for the horticulture sector, it still leaves WA broadacre farmers without access to skilled and experienced workers, which often come from Europe and New Zealand, to operate headers and other machinery during the grain harvest.

"It is the Federal government that has made the decision that Europeans are not coming into Australia to do the grain harvest, but we support that decision and think it is an absolutely necessary position," Ms MacTiernan said.

"We've been encouraging people that have machine literacy to come to the variety of short courses that we've put on so they can come out and work on the grain harvest.

"If people are unable to access harvest and header workers and have people they want to bring in from New Zealand or from interstate, they should apply for an exemption under the specialist skills application which will be considered on a case-by-case basis."

WAFarmers Grains Section president Mic Fels said originally they asked for assistance in setting up protocols to attract overseas workers, which was met with a resounding no, so they moved on to trying to make it easier for people to come into WA from interstate

"When it comes to people safely coming across the border from other States, we asked for a bit of assistance in terms of the protocols to bring them in," Mr Fels said.

"We were told by the minister's office to instruct farmers to try and if it doesn't work to try again, so there were no guidelines on what procedures you needed to follow or who to talk to.

"We wanted some help to streamline the process and navigate through those stages, but that wasn't forthcoming which was disappointing."

With a shortage of skilled workers available, grain farmers are being forced to find the labour they require from less than ideal places - including pulling children out of school to help, putting long-retired grandparents back on machines and completing 16 to 18 hour days themselves.

"There's no easy answer and no simple solution, it's a matter of having to utilise every bit of labour we can," Ms MacTiernan said.

"We know that a lot of farmers will be spending a hell of a lot of time on headers themselves, but there's not a lot of other options available to us."

Mr Fels said he had occupational, health and safety concerns.

"Workplace accidents are a probability thing, there's things that increase and decrease that probability, one of the primary factors for increasing the probability of an accident or death is inexperience and lack of supervision," Mr Fels said.

"If you normally have 80 per cent experienced people in the team and suddenly you end up with only 20pc, there's a real lack of supervision because one person can't supervise nine others full time."

During harvest, Mr Fels runs three headers, four chaser bins and three contractor trucks, most of which he relies on casual labour and when he was recruiting for those roles this year, he didn't have any full-time staff.

"I recruited using Facebook and Gumtree, plus I was in touch with the job agencies, so those roles are filled but there is very little experience amongst them all and I am investing a lot more time than usual in training," he said.

"I'm expecting harvest to take two weeks longer than normal, if you have to sit in each machine with a person for a full day before you leave them to it and you do that for seven or eight people, then you've lost a week of your own productivity.

"I really do believe that the State government looked at it from a distance and thought 'you'll be right' and we will, but it is frightening what the potential consequences of that could be."