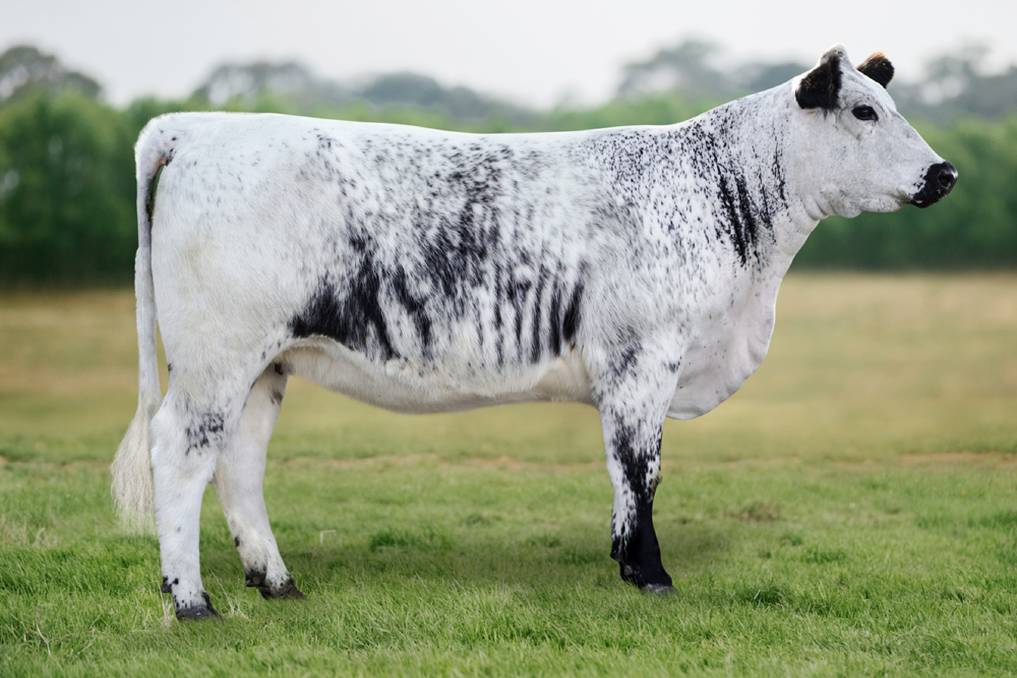 The sale that featured 16 vendors across Queensland, South Australia, New South Wales and Victoria saw a heifer set the top mark of $21,000 as bulls sold to $15,000.

The stand-out of the sale was the performance of the females with 35 of 36 offered selling at an average of $10,742.

The sale was conducted by GTSM in an online format through Elite Livestock Auctions.

Ewyn stud principal Vaughn Johnston, said they had been confident because of the pre-sale interest but the result was a fantastic result.

Lot 37 of the sale consigned by a partnership of Olivers on Prairie & Joseph Holloway, Bamawm, Vic, sold for $16,000. The October 2017-drop female, Malhelen Nikki (AI), by JSF Trade Secret, had a bull calf at foot.

In the bull section of the catalogue, the top was lot five at $15,000 paid for Southern Cross Pokerface, on 16 bids.

The white bull was consigned by Angela McGrath, Tumut, NSW, and was purchased by Justin and Amy Dickens JAD Agriculture, Yeoval, NSW.

Ms McGrath said she was "over the moon" to get that price and to top the sale.

The March 2018-drop bull by Mainstream Eldorado, had been used across three herd, she said.

Lot 13 was a bull sold for $10,500 account the Epic Speckle Park stud of Sue Carrison and Mark Woollett, Penola, SA. The speckled bull was born October 2018 and sired by Waratah Magic M28.

The semen packages topped at $210 a straw for three lots.

Forty-three embryos were offered with 39 selling to a top of $1900. The top sale was for lot 87, sold account AAA Speckle Park, Kingaroy, Qld.

The dam was AAA Fancy Pants M17 and sired by Mainstream Eldorado E11. The buyer was the Keiross Speckle Park stud, Hay, NSW.

Sale co-ordinator Jack Nelson, said the sale was well supported with 63 live lots and 27 genetics lots which vindicated the decision to hold a southern sale.

The online option provided a wide spread of buyers with cattle going to Queensland, Tasmania, NSW and SA.

"With the COVID situation is meant people could buy without travelling. It proved a good opportunity for us," Mr Nelson said.

"Vendors were happy that's for sure. The bull prices probably reflected the number of bulls that have been on the market this year and the cow herd numbers across Australia.

"They were a little bit harder to move but the quality sold.

"The females were really strong, with breeders looking to restock," he said.

"We nearly ran at a 100 per cent clearance rate. Year on year it will become an annual event back at Wodonga with the live sale and online option," he said.