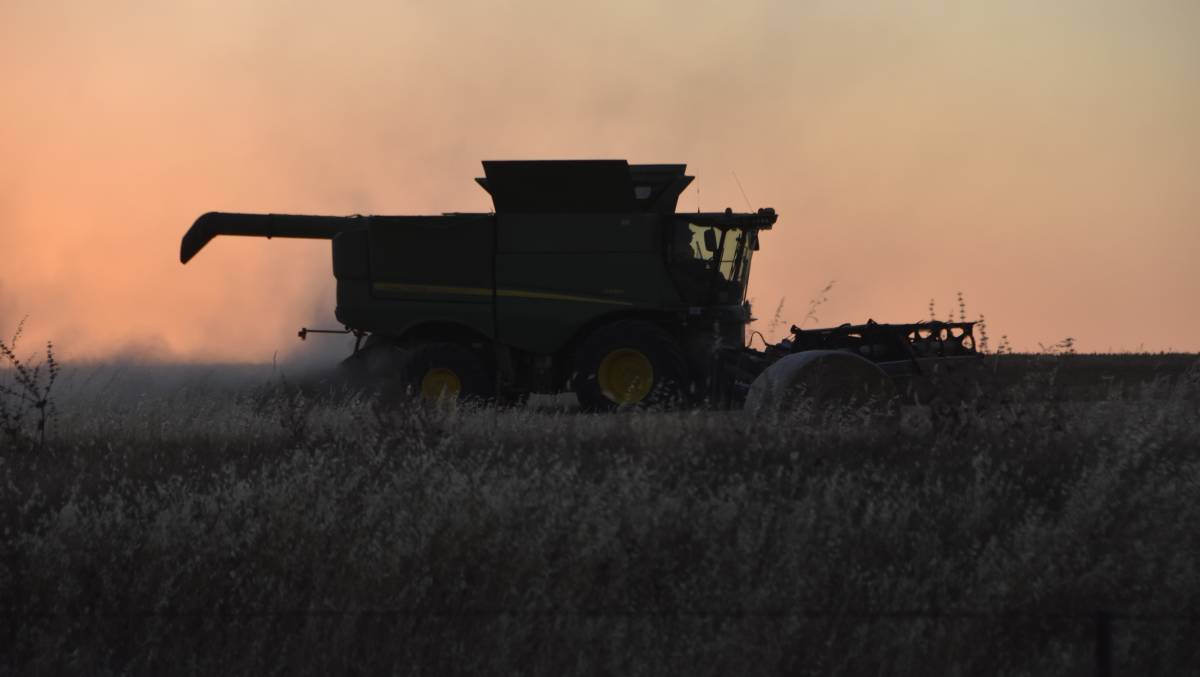 On-farm storage and the use of online clearing houses will play a key role in ensuring wheat farmers are not forced to sell at low prices.

A COMBINATION of traditional harvest price pressure and the rumoured ban, whether official or unofficial, of Australian wheat exports to China has driven wheat cash prices down.

The wheat trade has been anxious to see if rumours of Chinese sanctions on wheat exports eventuate, but even without formal trade restrictions exporters will be closely monitoring the risk of executing any sales to China.

However, Andrew Weidemann, Grain Producers Australia (GPA), said growers would approach the price drop, which has been as big as $35 a tonne in some paygrades, the same way as the usual dip in prices at harvest.

"We've got fairly used to seeing the prices fall at harvest, especially in the bigger production years," Mr Weidemann said.

"The global forecast is still very supportive of wheat prices and Australian wheat is definitely priced in to find demand in other markets even if there is a halt in trade with China, so we would expect to see some support for prices without further negative news," he said.

His thoughts were backed up by Commonwealth Bank commodity analyst Tobin Gorey.

"After hefty falls earlier in the week eastern Australian wheat is now 'cheap' and cheap enough to facilitate switches to other destinations," Mr Gorey said.

There had been speculation that the drop in prices would force growers in the north, desperate for cash flow after consecutive droughts, would be forced to sell at the current values.

Mr Weidemann said he thought most would be able to access higher prices, either through the use of an online clearing house or through onfarm storage.

"I think if you had a reasonable relationship with your bank then they would happy for you to hold onto grain given the potential for upside based on the world market," he said.

"We have seen in recent years, especially on the east coast, the importance of on-farm storage in delivering good returns to growers, while others are very happy putting grain in the bulk system, putting it on an exchange like Clear (Grain Exchange) and nominating a price and waiting until it hits that."

"A drop in prices at harvest is a common enough occurrence that farmers have learnt to manage it," Mr Weidemann said.

However, he said it does not mean wheat will be not sold at current prices.

He said some farmers with good yields may look at the prices and decide that on a per hectare price it was a good return and sell.

"We have seen the price drop off highs, but it is still historically a reasonable price and some may be comfortable selling at that price."

While some of the price drop of recent weeks is attributed to the China rumours, global markets have also been soft, with some rain in Russia and the hard winter belt of the US easing immediate concerns about crops in those two key production zones although it remains on the dry side.

In terms of the potential loss of the Chinese market, analysts suggest it would be a blow to Australian wheat exporters, but far from the catastrophe its ban on Australian barley was.

"On average, 63 per cent of our barley exports were destined for China," said Andrew Whitelaw, Thomas Elder Markets commodity analyst.

"Wheat, on the other hand, has only once seen more than 10 per cent (2019/20, a low export volume year due to drought) of our wheat exports going to China," Mr Whitelaw said.

"This, therefore, points to a market where we have other destinations," he said.

However, China has been a voracious buyer of all grain this year and had been buying at a premium to world values.