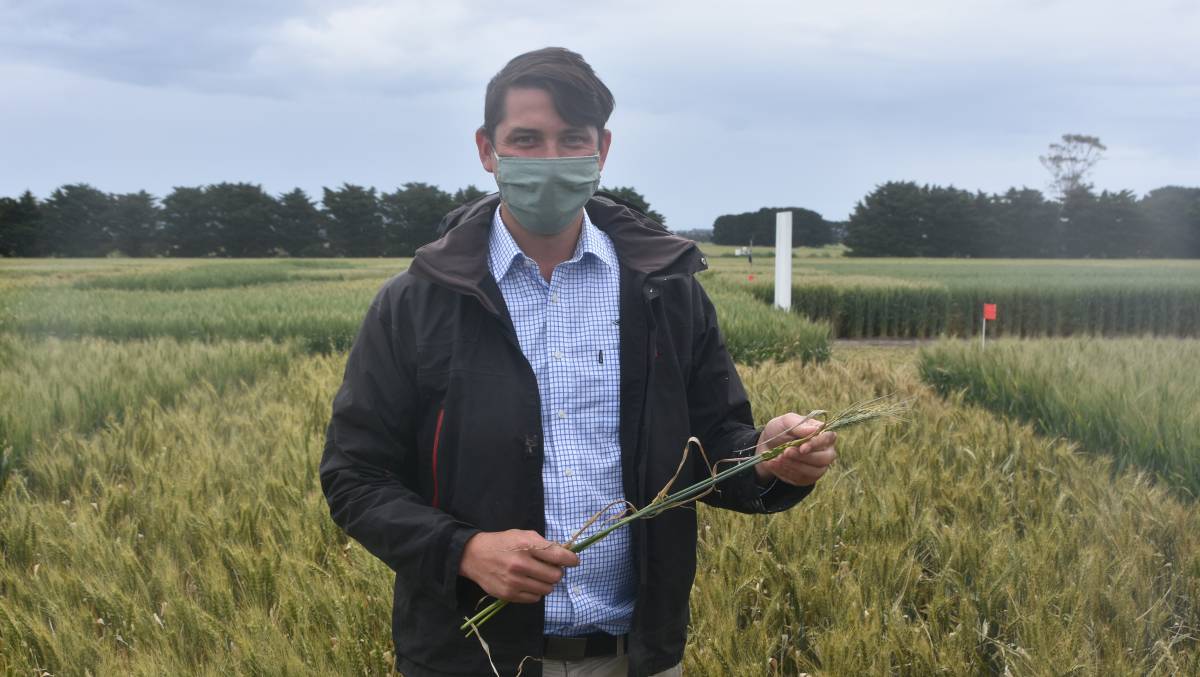 Developing lines with a maturity suited to mild growing regions is the end game, but growers can artificially manipulate crop phenology.

TARGETING the seriously high yields that are the goal of Field Applied Research (FAR) Australia's hyper yielding crops project means getting in and analysing all the factors that contribute to yield in detail.

The team at FAR Australia in charge of the trials have found that hitting the sweet spot in plant phenology (speed of development in relation to the environment) is critical in targeting yields in excess of 10 tonnes to the hectare.

With the nation's high rainfall zone (HRZ) cropping regions that traditionally see the highest yields generally having a more mild climate than the traditional grain belts, the work has found that the best flowering dates for wheat are later than those targeted elsewhere, particularly in southern Victoria and south east SA.

"If this was happening further north you'd probably be concerned about the potential for heat shock but with cooler, milder springs it can be successfully delayed in these areas," Mr Warren said at last month's hyper yielding crops field day at Gnarwarre, Victoria, in the state's south-west.

Nick Poole, FAR managing director said one of the constraints for growers in HRZs was the lack of suitable varieties.

He said the move towards earlier time of sowing to allow plants to get established before the often cold, dark and wet winters of far southern Australia had been successful but said there were not many longer season milling quality varieties that suited that application.

While breeders are working on developing specific longer season lines, Mr Poole said in the interim there were means of altering phenology through manipulations such as grazing, mechanical defoliation and plant growth regulators..

"Through grazing we've been able to delay flowering by a reasonably substantial amount of time, but there needs to be work on the sowing dates and grazing timings where you can ensure you don't lose yield.

"Farmers in southern Australia are some of the last mixed farmers left in the world, and they can use this method to not only provide valuable dry matter but potentially even positively influence the yield if the timing and the variety are right."

He said plant growth regulators could also be used.

"These regulators are mainly used to stop lodging but they can also play a role in altering the crops development patterns on some occasions pushing back the plant's development a little to avoid specific environmental events such as frost or to coincide with beneficial rainfall events.

"If this can be done and the flowering dates pushed back to the optimum period this can also bolster end returns."